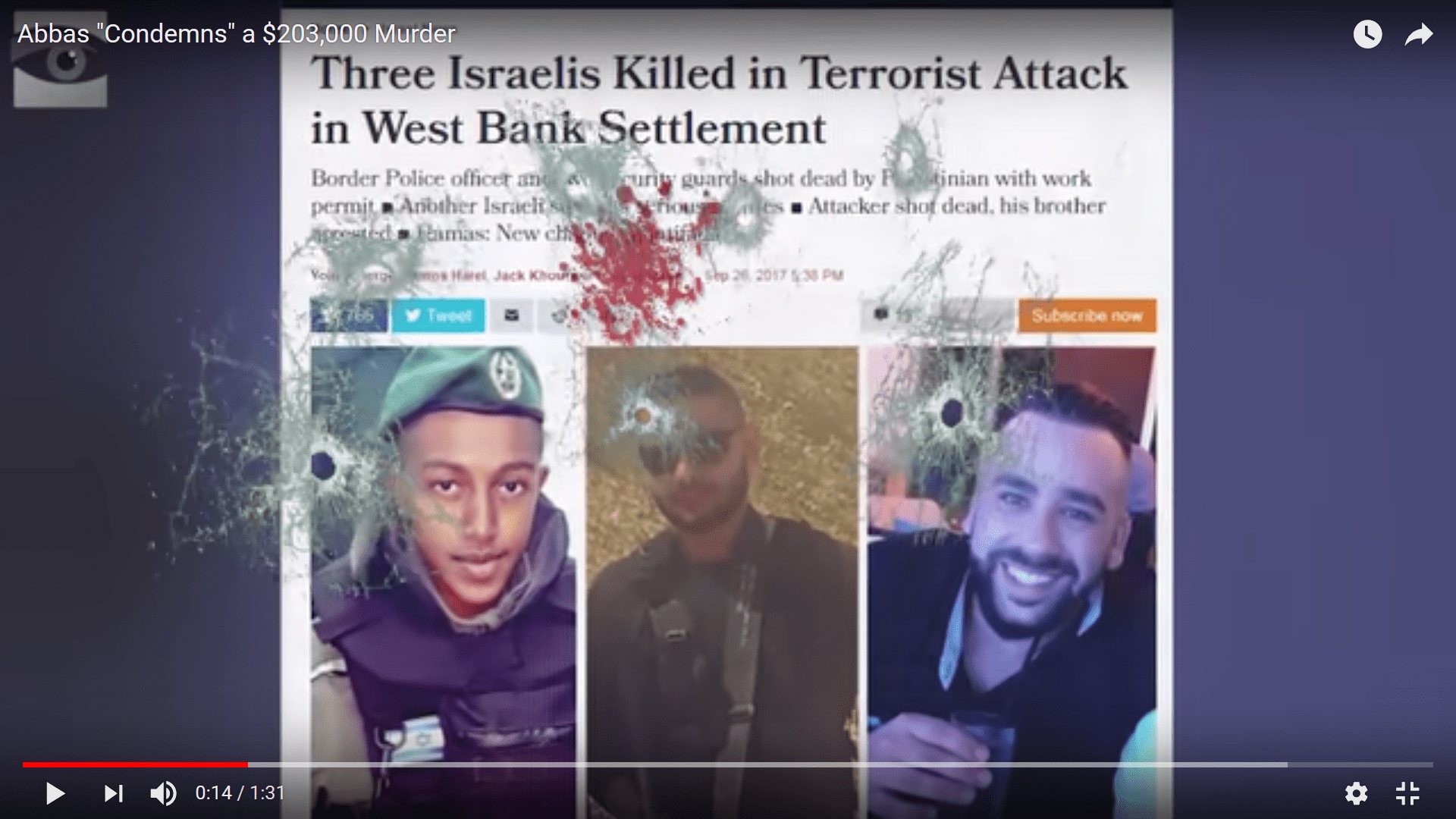 The headlines around the world said that Palestinian President Abbas “condemned” the multiple murder of Israelis at Har Adar. They left out the part where he also pays for it. The terrorist’s family will be paid a fortune for his martyrdom! That part was not reported around the world. Nor were the celebrations which took place throughout the west bank and Gaza  be shown in world news.