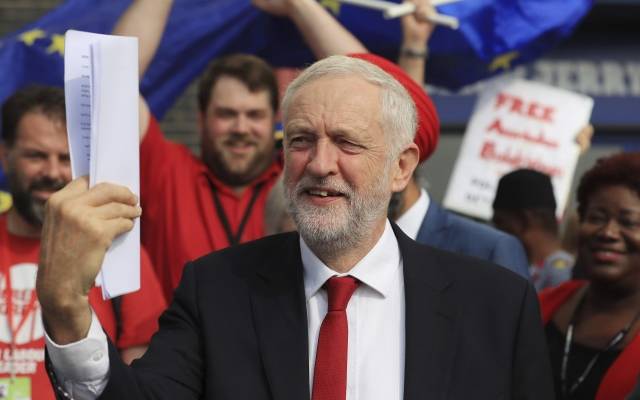 The United Kingdom Labour Party’s 2017 annual conference was marred by several anti-Semitic and anti-Israel statements that reignited concerns over the party’s anti-Israel stances.

Israeli-born anti-Israel activist Miko Peled said at the event people should be allowed to express skepticism about the Holocaust saying it’s a matter of freedom of expression and freedom to express criticism and “discuss every issue, whether it’s the Holocaust, yes or no.

Peled compared Israel to the Nazis, saying “We do not invite Nazis and give them an hour to explain why they are right. This is the same thing. In the same way, you do not invite the Zionists.”

In other words, Israelis are the same as Nazis. OMG!  This is mainstream political opinion in Britain’s second biggest party!