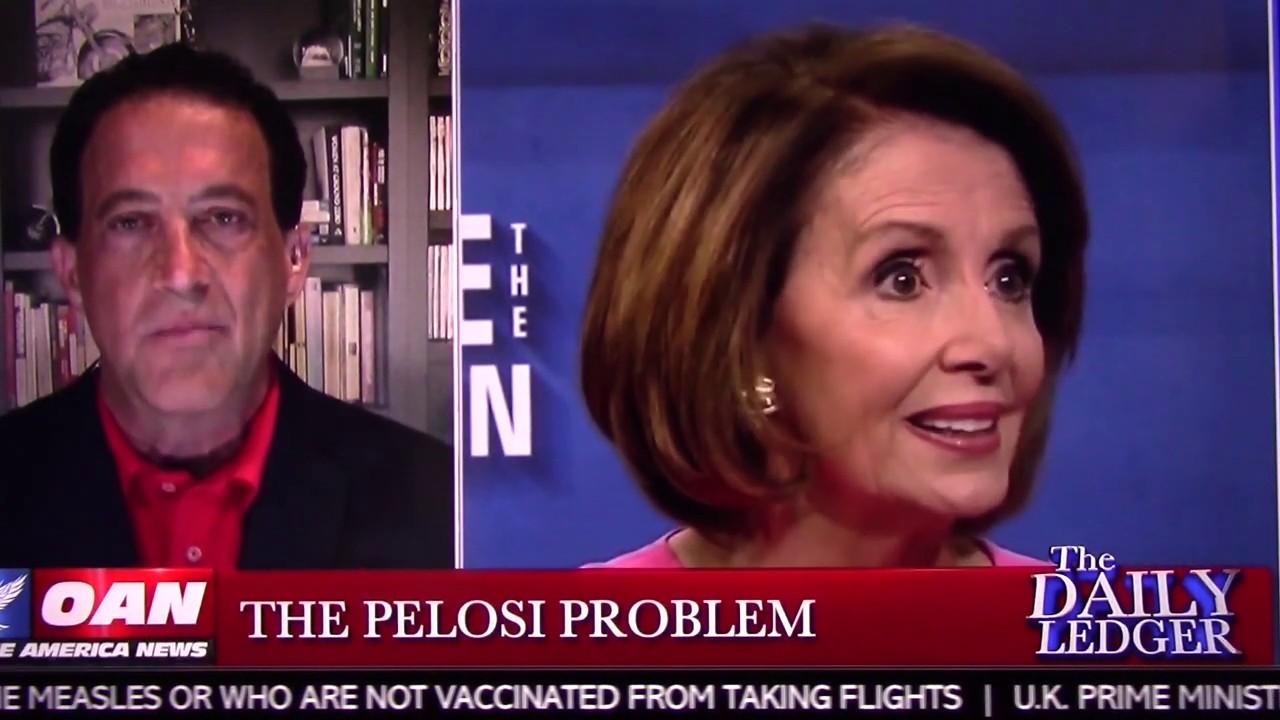 Nancy Pelosi: Sorry for the delay. We had a little. Took a little longer on the floor than I had anticipated before. There’s not a single child died in custody of the border patrol.

Nancy Pelosi: President Eisenhower working together to make hash that for the good of the country and its purpose under a president. And how well everyone. He started making sending signals that he may not be. He might not be ready or interested. I intend not with the fact. Well three things. You might understand it better if you.

Graham Ledger: Sorry. And so that’s reality unaltered. But the Democrats and the media are in a tizzy because the president posted that altering video on his Twitter feed. So what. So what’s the big picture here. The point is there’s something wrong with her. Something very very wrong. Joining me now the founder of the American Truth Project and daily Leger contributor Barry Nussbaum. I’m sorry for cracking up. I mean it’s a show every time Nancy Pelosi steps near a microphone and I don’t know what’s going on as my buddy in Atlanta says maybe the Bondo is slipping. Maybe Botox, the bacteria is starting to eat away. I do know this on a serious note. I do know what Nancy Pelosi and company are doing to this republic has never been done in the history of this republic. They are shredding this country internally and they have weaponized the United States Congress half of the United States Congress and weaponize these committees in order to take out a president and undo the election results. The 65 million Americans validated.

Barry Nussbaum: Graham I’ve got a couple of comments. First of all I find it interesting that Nancy Pelosi is commenting on her relationship with the Eisenhower administration from the 1950s. That notwithstanding I don’t know if It’s her Bondo her botox or the fact that she’s hitting the medicine bottle on the way to the microphone. But she doesn’t sound all there. She’s got a big problem and let’s just talk about the fact that she is in control of a Congress that is split down the middle. The left side of that split is the “I hate Trump all the time every day platform.” The more moderate ones who are left wing and progressive are looking at history. Please remember the motto if you don’t study history you’re doomed to repeat it in their case when Clinton was impeached with tremendous evidence of lying under oath lying to Congress on a number of occasions Graham his numbers went up afterwards. Right. The American people don’t want their government to be in partisan politics all the time. The GOP thought they had Clinton they got 50 votes to convict and Clinton’s numbers skyrocketed. Trump, The same thing’s gonna happen in reverse if Pelosi can’t get her caucus under control.

Graham Ledger: I hope you are correct. But I will throw one caveat into that formula and that is Bill Clinton had the mainstream media on his side. Now it was a different dynamic back then 20 some years ago right. We didn’t have the robust Internet that we have now. We didn’t have alternative news sources like yours truly. But the bottom line is the mainstream media is still going to be hammering the impeachment drum. So it’s a slightly different dynamic. I think the best thing for President Trump and the best thing for this republic is no impeachment because the president is guilty of nothing impeachable. But Jerry Nadler and company are guilty of a heck of a lot. I want to play a piece of video for you from New York. This is from today. This is Jerry Nadler at a news conference with Bill de Blasio for something and suddenly Nadler falls ill. Roll tape. You know we hope Jerry Nadler the best physically and we do we mean that sincerely but politically speaking he’s code blue and this whole notion that they’ve come out with this week of a cover up is nothing more Barry than an attempt to cover up what I call the crime of the century and that is the Senate administration the Obama administration trying to affect the outcome of the 2016 election.

Barry Nussbaum: You are in with all of us Graham the silence before the storm. If you think or America thinks things are wild. Get a load of what’s going to come out of Bill Barr’s office in the coming weeks when the American people finally find out what caused the Russian collusion story to explode. Who was behind it. Who paid for it and all the transcripts of all of the conversations of those that orchestrated it. If you think this is a fire storm it’s going to blow in the other direction. And I don’t think they’ll be able to get it under control. And if after that there are still calls for impeachment the Democratic re-election of the House control in 2020 will be in serious jeopardy. And I predict Trump cruises to re-election if for no other reason that Americans are going to be incredibly fed up and wanting their government to govern instead of fighting over whether or not Trump did something based on the latest innuendo out of the New York Times The Washington Post or other similar left wing progressive news sites.

Graham Ledger: This is why I call for a special counsel here to put these pieces together of the crime of the century because I think the American people deserve it number one and number two because I think it would help us get some clarity about exactly what happened in the 2016 election cycle and I would give that special counsel a clock. I would say you got one year to put this thing together on behalf of the American people. That one small budget is not going to be 40 million either. Put the thing together and let the chips fall where they may because what is happening right now I fear Barry is doing permanent damage to our republic. Barry thanks.

Islam Allows Sex with a 9-year-old!

Sunni Or Shia Islam: Both Can Kill You!