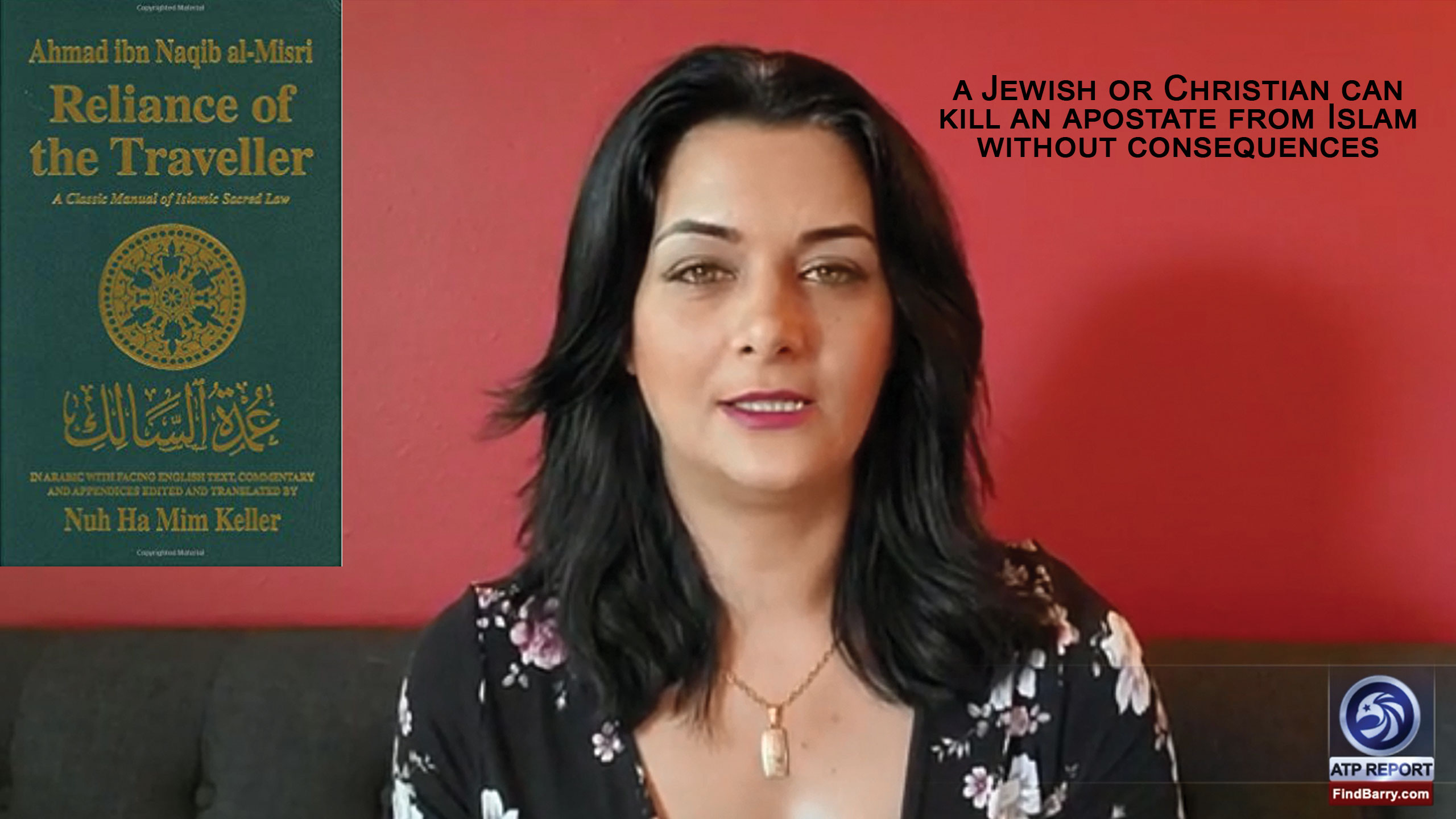 Aynaz Anni Cyrus: Islam cannot coexist with our Constitution in America. I make that argument all the time. And one of the main reasons Islam cannot coexist with our Constitution is the fact that equality does not exist. One of the crimes that are harshly punished in America under our Constitution is discrimination or hate crimes, right? Now, when we are done with today’s segment, you will catch up quickly with one very, very important point, one dominator of Sharia, and that is discrimination. What I mean is let’s start by one of the justice chapters in Reliance of the Traveler, which is retaliation. Now, retaliation is basically a simple eye for an eye. Simply an eye for an eye. Under retaliation in Islam, the retaliation comes with you kill someone, you’ll be killed. You blind someone, you’ll be blinded. You injure them in any area in their body, you’ll be injured in the same area of the body. That’s retaliation. Now in Reliance of the Traveler page, five hundred eighty-three goes into more details of who is excluded from retaliation and who is not. So I’m going to go over retaliation first.

So we established retaliation being an eye for an eye. Now, on page 583 of Reliance of the Traveler, it says, “Retaliation is obligatory against anyone who kills a human being purely intentionally and without right.” So that’s retaliation. Any human, right? It is obligatory. So any human kills, any human, retaliation is obligatory. But then let’s go into exceptions. Ready? The following are not subjected to retaliation. Thus far is human versus human. But here we go. Let’s take a look at discrimination. Bear with me. I’m going to do this slowly, so we are all on the same page. Number one first category, who will not face retaliation? A child or an insane person under any circumstances, either Muslim or non-Muslim. So a child being a woman under the age of 9, a man or a boy under the age of 14 will never face retaliation or an adult who is legally insane. That was the first no retaliation. The second category. Bear with me. And here’s the second category.