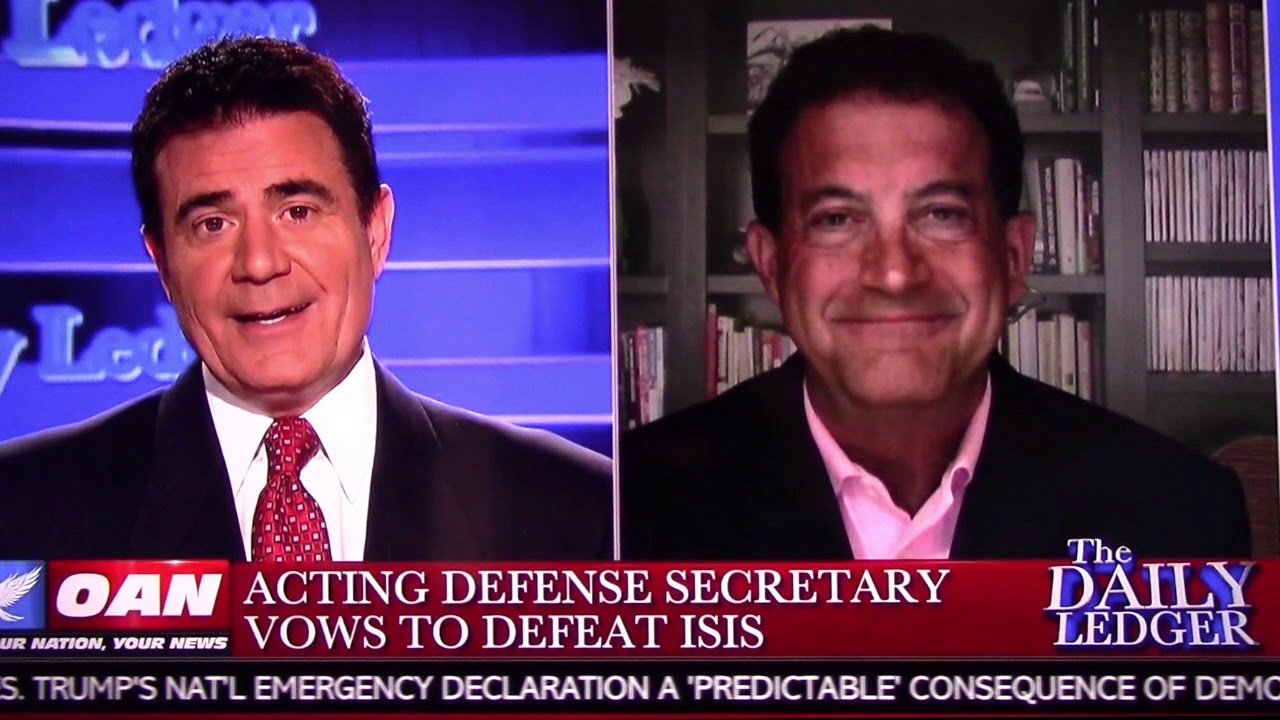 Graham: ISIS is a terrorist organization that actually staked out its territory Syria and Iraq. Those cockroaches might be removed from the land but the caliphate has not removed from their heart. In other words, their foothold may be gone, but their mission is still there.

Joining me now the founder of the American Truth project and Daily Ledger contributor Barry Nussbaum. Barry these caliphate wacko-crazy-killers are going down with a fight. They released this image of this one of a terrorist, one of the murderers Photoshopped into the front. In the background, there is an image of a building exploding in Los Angeles; A sky-scraper. This is a reminder that you can take away the land, but you can’t ever take away the threat.

Barry: Yeah Graham. That is an astoundingly stupid point. The former head of the Israeli military intelligence unit and research bureau issued a statement. A fairly long report stated this morning exactly the same thing. The scary part, as he called it is the cells all over the world. He says to expect terror everywhere because the cells were established when they had a headquarters.

Now they have gone virtual. The last mile or two of territory symbolically being lost in Syria is largely irrelevant. To declare victory over these Salafis killers is really the wrong thing to do. The battle is now going to move into the civilized West. This former intelligence has said (they’re targeting) Europe and the United States.

Of course from the Islamic nut cases and the cutthroats involved in this caliphate and other killers out there that they wanted to destroy our way of life and freedom loving people around the world.

Barry: The notorious RGB lives. It reminds me of that Monty Python skit about 40 years ago where there rounding up the dead. As they collect them, one guy’s yelling ‘I’m not dead yet’. That is Ruth Bader Ginsburg. No matter what happens to her, she keeps coming back.

She’s literally fulfilling a promise, an expectation, of the progressive wing and the Democratic Party. They do whatever it takes to hold on to 2020 praying that Donald Trump loses the White House in the next nomination. They are hoping that the next candidate to come before the Judiciary Committee is from the Democrats. Get them out of the White House; that is what the priority is on the left wing today.

Barry: It’s incredible. The news out today, the Media Research Council has come up with 2200 minutes from the big three networks (ABC, NBC, CBS) covering collusion with Russians. Stories between Donald Trump’s White House and some unnamed (or numerous named groups) in Russia. To the point that (they say) he has been convicted and on his way to prison and, yet, after a 2-year investigation by hired professionals from the Senate, they came up with no collusion. No evidence and nothing even to run with. There is nothing to further investigate and the shocking news is, it never got reported across mainstream media!

2200 minutes of coverage that there is no collusion. Literally, under one minute of announcements that the Senate couldn’t find anything. In other words, it’s not the news that those networks want to broadcast. Graham that news does not exist we now look forward to the special council’s report and how that will be treated if and when it is released.

Graham: And somewhere out there in Washington DC or someplace in Hawaii Barack Obama has his big feet up on a desk he is smoking a cigar and he just laughing away. He knows where the real Russia collusion was and he and his administration as the epicenter of it. Barry thanks!

The Shocking Truth from Inside American Mosques!

Minorities Hurt the Worse by The Loss of Amazon In NYC!