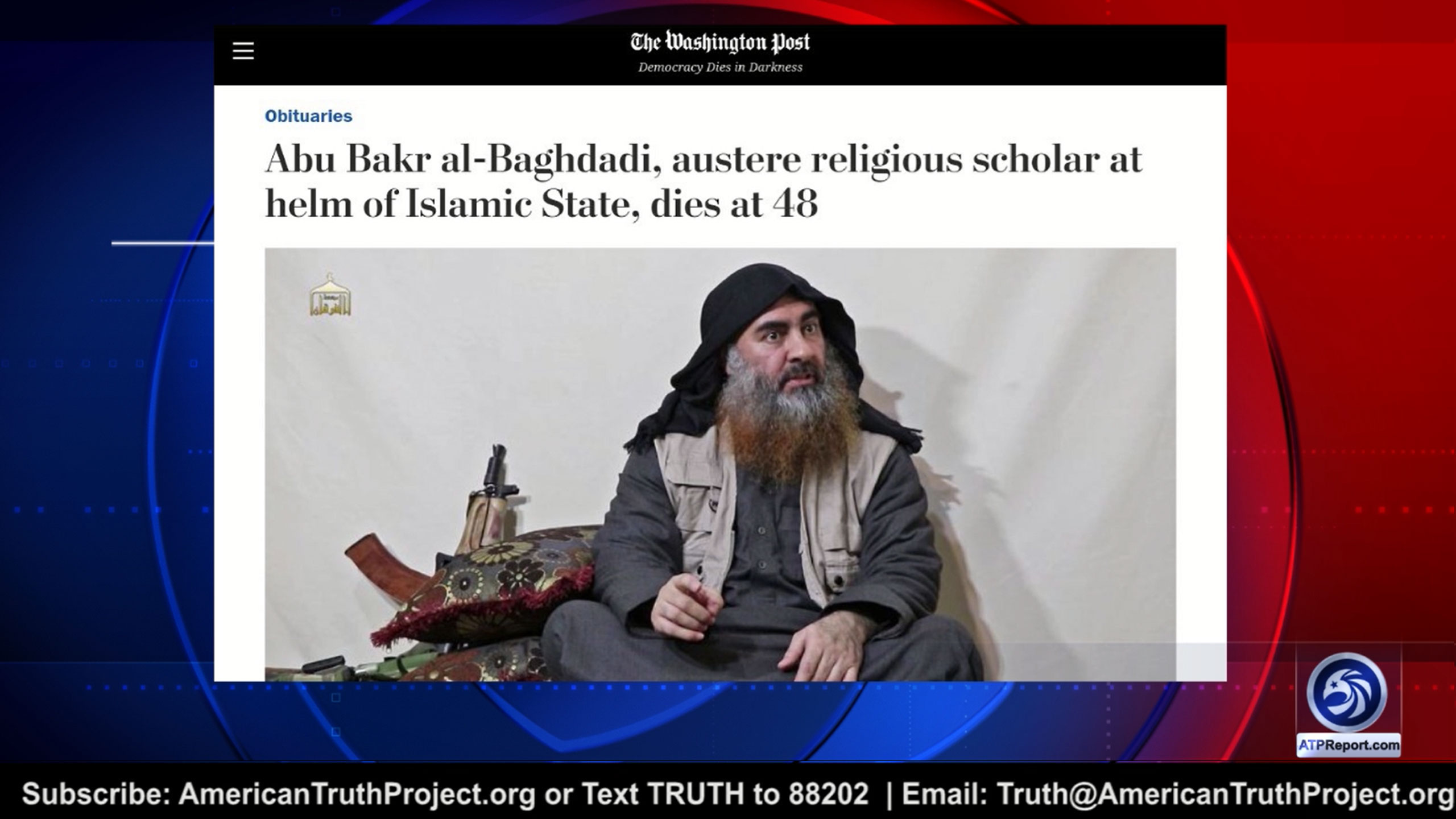 Barry Nussbaum: Hello, and welcome to ATP Report. I’m Barry Nussbaum. We have been doing a number of segments recently with Clare Lopez, the vice president of research at the Center for Security Policy in Washington, D.C. She is an ATP contributor, and we love her here. Welcome back, Clare.

Barry Nussbaum: Washington Post. Used to be one of the finest newspapers in the world. And I say “Used to be at least” because of this one, well, gross mistake in judgment over the past few days. I’m referring, of course, to the obituary run in The Washington Post over the death of al-Baghdadi, the leader and founder of the most vicious thug-like Islamic group in the Middle East, ISIS. He was killed recently, and newspapers and governments around the world celebrated that takedown by American Delta Force special commandos who flew into northern Syria and took out him and his compound. And yet The Washington Post said al-Baghdadi was an austere religious scholar killed in Syria as if, well, he was a religious leader who lived in a cave. The misstatement is absurd because they left out the important part, i.e., he caused the slaughter, maiming, torture, and execution of thousands of Westerners and Arabs in the Middle East who didn’t follow him exactly. As you said in a previous episode, beheading, maimings, crucifixions being boiled alive, drowned alive in cages. You saw it on video, we all did. It was horrible. And the beheadings of reporters and missionaries and aid workers. How could The Washington Post get this so wrong?

Clare Lopez: It’s hard to know, Barry. We might have noticed that they changed the headline, I think, two or three times before they were all done with it. I think partly in response to the absolute outpouring of outrage from readers all over the place. The thing is, they got it. Maybe half right, but for the wrong reasons. You know, so as we mentioned before, Abu Bakar al-Baghdadi actually was a very well-educated Ph.D. scholar in Islamic studies. That is true. But the brutality, the cruelty, the absolute horrifying record of slaughter and murder and torture, as you just described, Barry is the other part of that. What the Washington Post does not explain is something that John Gaundolo of Understanding the Threat talked about in a column. And he noted that because we don’t understand what this is, what Abu Bakr al-Baghdadi really was, what Islam is, what its doctrine and scriptures say, you know, amputation, beheading, crucifixion, flogging, sex slavery, it’s in the Quran. It’s in the Hadith. So, the Washington Post got it half right. Yes, he was an Islamic scholar, but what does that mean? That means that he knows what’s in the Quran, the Hadith, the Sharia, and he followed it. They don’t say that do they?

Barry Nussbaum: No, and that’s horrific because even though The Washington Post gets so much wrong, there are many people still I don’t know that number, but Washington Post is quoted in other publications and in all kinds of outlets all over the world every day, maybe because they used to be, you know, the paper of the Pentagon Papers and so on. But to be an apologist and to play down that this guy was one of the worst people ever to live on planet Earth, as if “Well, he might have made some mistakes, but he was a religious scholar, and he did live in a cave. So, maybe he wasn’t such a bad guy.” If I didn’t know who he was, and I read the obituary, I wouldn’t get it. And as a result, it makes the West more, well, forgiving and progressive when it comes to how we deal with the enemy. And I refer to the enemy as anyone who wants to destroy Western culture, civilization, and freedom as we know it to be.

Clare Lopez: You know, as John Gaundolo wrote, if we don’t know the enemy, we don’t identify the enemy by name, describe the enemy with accuracy, with accurate terms we will be maybe more accepting and, you know, welcoming and progressive and all that good stuff. We’ll also be a whole lot more vulnerable. And that’s the point.

Barry Nussbaum: Yeah, we may be dead as a result. If you can’t recognize and call the enemy who and what they are, then they’re amongst you because you’re a forgiving, open society. Well, the truth is, when someone tries to kill you, if you don’t rise up and kill them first, you have no one to blame but yourself. So, moving on. Now that Baghdadi is gone, but as you mentioned in a previous episode, not necessarily ISIS, does this have any effect on other brutal jihadi organizations like Hamas and Hezbollah?

Clare Lopez: No, I don’t think so, really, Barry. Each of those has a particular niche, a particular mission. Hamas in Gaza, of course, Hezbollah located centered in southern Lebanon, but with a presence all over the world, including inside the United States, with multiple operational cells here, they will continue with those. Each one of those groups and add to that you know, Boko Haram, Abu Sayyaf, Al Shabab, the Taliban, the Islamic Republic of Iran’s regime itself, they will all continue. Their mission is the same as al-Baghdadi’s mission. It is establishing a caliphate globally across the entire world by jihad. And to put it all under the rule of Islamic law of Sharia. They all have the same mission. They will all continue.

Barry Nussbaum: Which is why Israel won’t talk to Hamas. Israel won’t talk to Hezbollah. Israel won’t talk to Iran because, quite simply, they understand they’re dealing with a political and religious organization that will kill them once given a chance. And those of us in the West that don’t think that applies to us, our ignorance could cause our demise. Speaking of Israel, what do you think their position is now? They’re in a transition between the Netanyahu government and some unknown formation, which may or may not take place in the next several weeks. Does Israel do anything differently?

Clare Lopez: No, I don’t think so, and you know, whether Prime Minister Benjamin Netanyahu continues in office or if that leadership passes to another political leadership or coalition of leaders, the Israeli government, the Israeli people understand the threat, and they will continue to confront it aggressively, proactively. We’ve seen many more proactive strikes by the IDF, Israeli Defense Forces, Air Forces, to try to push back Hezbollah and the Iran presence from its borders. That plus the good, the excellent relationship with the United States, with our intelligence, with our military and our political leadership that will continue.

Barry Nussbaum: Yeah, I agree. And it’s interesting that all of these organizations, as you’ve said quite astutely while, different names, different leadership located in different countries all profess the same goal: destroy the Jews, kill the Christians, take over the world. And it’s in all of their writings and in their speeches. And you don’t have to look very far to see it regularly, and I mean constantly coming out of Tehran, coming out of Lebanon with Hezbollah, coming out of Hamas headquarters in Gaza. And then, as you know, we both know from talking to many leaders in Israel, there’s another dozen organizations with different names and different leaders located all over the Middle East. And they have one thing in common. If you don’t follow strict Islamic tradition and law, you will be a casualty on the way to our caliphate. Israel understands that. When America does have that same level of understanding, it’ll be a profound step forward in our own security.

Clare Lopez: Yes. I couldn’t agree with you more. Barry. Of course, Israel geographically lives in a tough neighborhood surrounded by enemies that have repeatedly attempted to invade it and wipe it off the face of the map. And so maybe the threat seems a little more immediate to Israel than it does to many of us here in the United States with the feeling, perhaps that we’re protected by distance and oceans and so forth. But that’s not the case. Whether we fight or not, they will come for us. They are at war with us.

Barry Nussbaum: In the 18th century, that was a brilliant idea. We’ve got these enormous oceans, and we’ll see them coming. Well, they’re already here, and they continue to come here, and they communicate worldwide on an instantaneous basis through encrypted apps on their phones and through the computers and so on. We need to be more Israel-like, or as you said, the battle will come here more and more on a regular basis. Thanks for joining us on ATP Report. A special thanks to American Truth Project’s best friend, Clare Lopez. I want to ask all of our viewers today to take out your cell phones and type the word TRUTH and send it to 88202. You will be automatically subscribed and never missed any of our videos and daily postings. You’ll stay informed as to what we’re doing. And it’s always free. For ATP Report, thanks for joining us. I’m Barry Nussbaum. 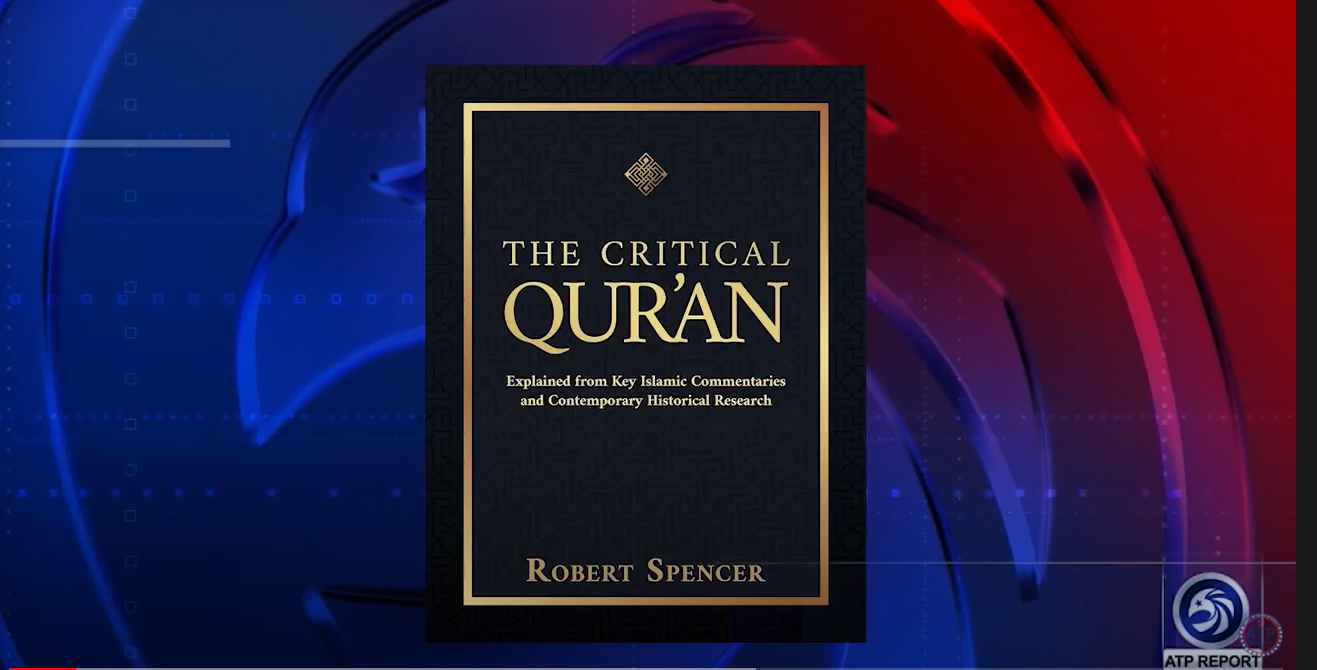 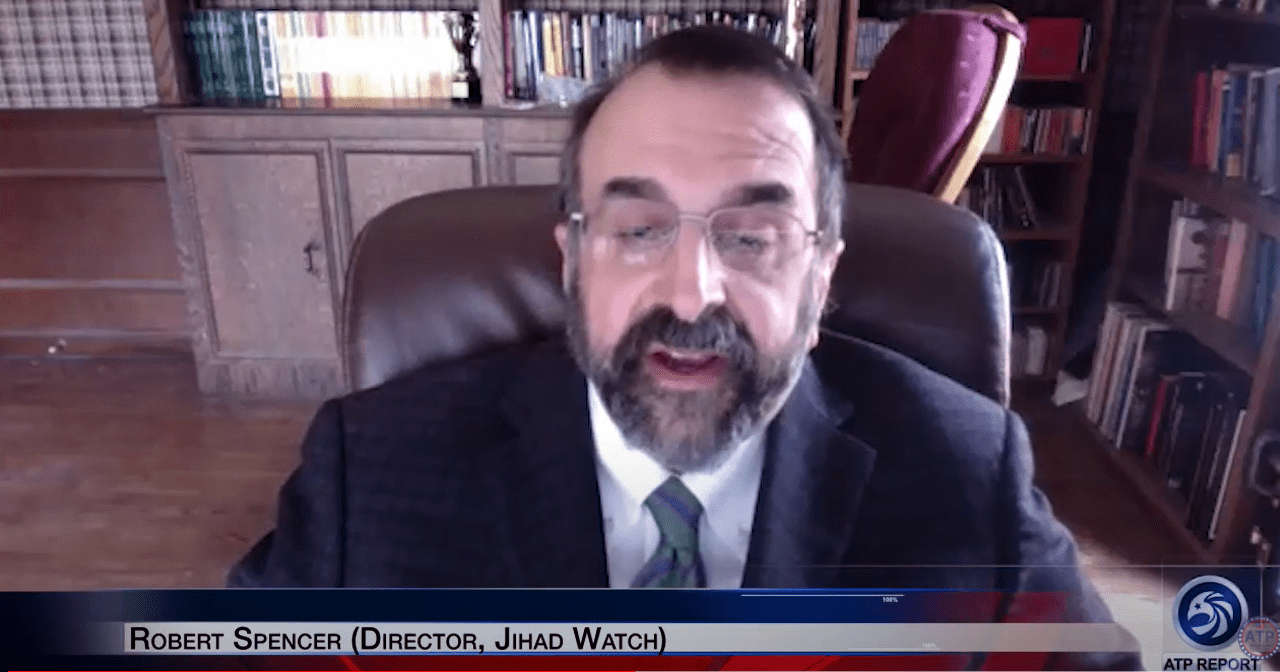 Clare Lopez: Iran Is Guilty of Helping Pull Off 9 /11 And Should Be Punished! 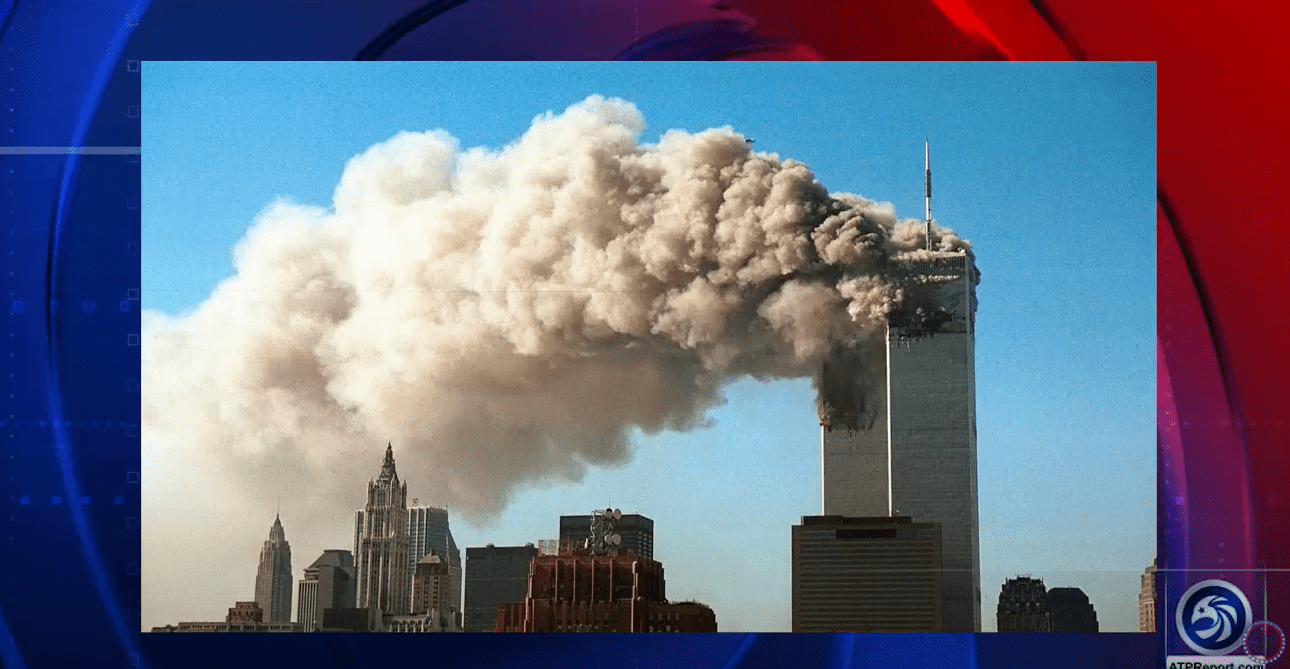