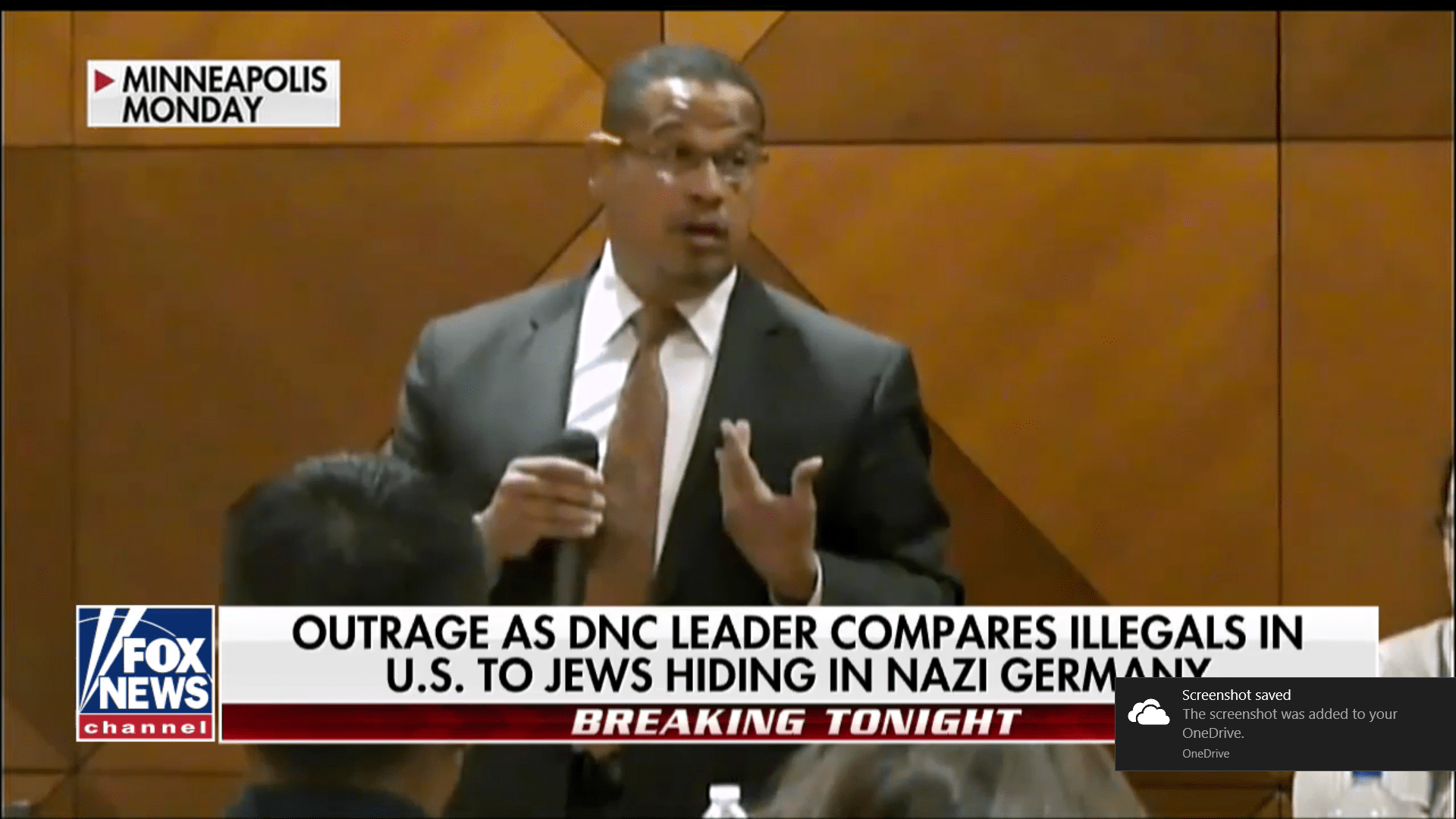 The DNC Vice Chairman is Congressman Keith Ellison (D) of Minnesota. You might remember him by his previous comments when  he called Trump’s administration a “dictatorship” and floated the idea of a separate country for black people. He is America’s first Muslim-American congressman and the first black American elected to Congress by the state of Minnesota. He is also a past supporter of the wildly anti- semitic Nation of Islam. Now as the second most powerful democrat in America his words have even more weight, in spite of their lack of coherent logic.

As a lesson to those who would support President Trump’s instruction to Congress to fix DACA within six months, the deputy chairman of the Democratic National Committee compared illegal immigrants living in the United States to Jews in Nazi Germany.

“And if you ask yourself ‘What would I do if I was a gentile in 1941, if my Jewish neighbors were under attack by the Nazis? Would I give them sanctuary?'” the Minnesota congressman said this week in Minneapolis.