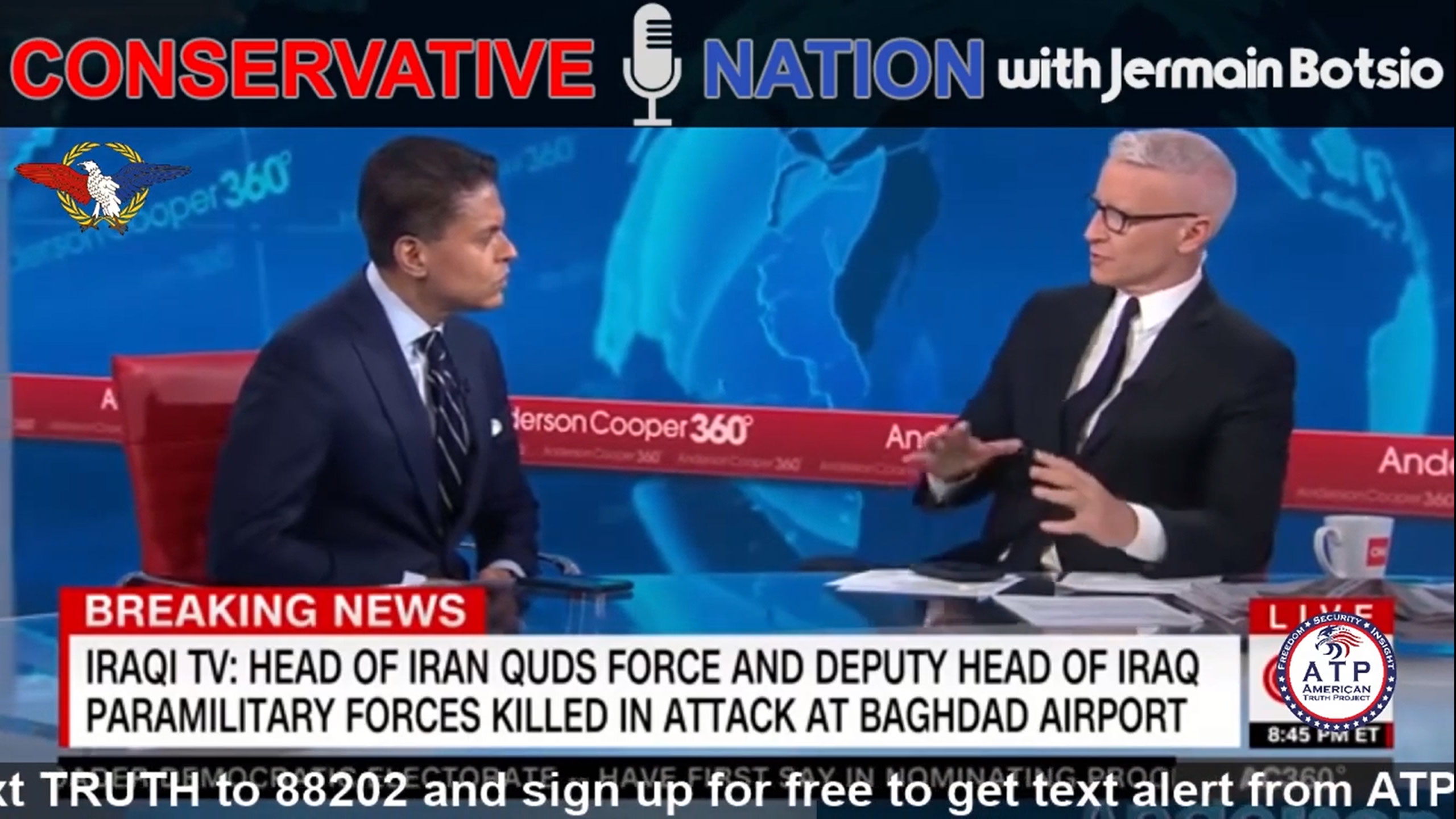 Jermain Botsio: MSNBC’s Chris Matthews compares Soleimani to Princess Diana and Elvis. Iranians say he’s dead wrong in pushing propaganda. Oh, my goodness, gracious. What do you think about this?

Barry Nussbaum: The way Matthews was characterizing it, there were big crowds in the street when Soleimani’s death was announced. It turns out that the army ordered the people into the street. And since then, there have been mass demonstrations in Tehran against the government, against Soleimani, and calling for the resignation of the dictator Khamenei, who is the supreme leader for life. Nobody elected him. He just is until he dies or someone kills him. They’re asking for his resignation. So Chris Matthews, in his divine stupidity, says that the death of Soleimani is like the death of Elvis or the death of Princess Diana. Can you imagine what goes through his head? As if the most popular singer of all time, the most popular royal of all time, their dying is somehow similar to the killing of a mass murderer. That is the insanity coming out of Chris Matthews’s mouth.

Barry Nussbaum: But he’s not the only one. It’s everybody, it seems.

Jermain Botsio:  Let’s move on from MSNBC to CNN.

Anderson Cooper: What is the significance of this and also just what we have been seeing in Iraq over the last 24 to 48 hours what is going on?

Fareed Zakaria: Sure. So I think everything was said exactly right. Soleimani is difficult to convey how revered he is in Iran. Imagine the French Foreign Legion at the height of the French empire. This guy is regarded in Iran as a completely heroic figure, and personally very brave.

Anderson Cooper: Earlier, I was trying to think of somebody. I was thinking de Gaulle, though he became the leader of the country.

Fareed Zakaria: Not quite, but other than the Supreme Leader Khamenei and maybe the president, he looms larger in Iran than almost any other figure. He is regarded as personally incredibly brave. The troops love him. And he has been kind of the mastermind of Iran’s policies in Syria and in Iraq. So when General Petraeus was fighting the Iraq war, the surge, I remember him telling me that Soleimani was his principal antagonist. That was the guy the American generals were bumping up against. Stan McChrystal, at one point, had to decide whether or not to attack a convoy that had him in it. And it was a big decision because, you know, potentially eliminating Soleimani would have huge blowback.

Jermain Botsio: So, Barry, this guy calls Soleimani a heroic figure. I mean, my mind is twisted right now. I don’t know what to say. What what do you think about this idiot?

Barry Nussbaum: Well, let’s give this idiot a history lesson. Charles de Gaulle was the leader of the French Resistance during World War 2 when the Nazis were slaughtering the French. So he fought the Nazi occupation of France and then later went on to become president of France from 1959 to nineteen sixty-nine. He’s highly revered as one of the great French heroes of all of French history. Now, how is it that a mass murderer of nationwide, I should say, the international proportion could somehow be compared to the greatest French hero of modern times. It takes someone of either infinite ignorance or someone that for some reason, thinks jihad by Islam around the world is a good thing. And you and I and the rest of the people that are fans of CNN ought to be saddened by his death. The comment was literally that stupid.

Jermain Botsio: This comes from the conservativefiringline.com. Shout out to them, and it says Michael Moore destroyed after poorly written tweet apologizing to Iran in Farsi for the death of Soleimani. So we have a liberal here who is virtue signaling? Barry virtue signaling so much so that he decides to try to use Farsi in a tweet, and he did a terrible job. What do you think about this guy?

Barry Nussbaum: Well, I’ve got to be honest with you I don’t read Farsi, but many people, particularly our national director, Anni Cyrus, who is from Tehran and speaks Farsi says basically the Farsi tweet he sent out was very poorly worded. It was more or less an apology to the supreme leader on behalf of America, saying, “Sorry, we killed one of your guys.” Oh, my God. As if you apologize when you kill a mass murderer. Maybe if he only killed a few people, it would have been okay. But he was known around the world as the leader of the largest worldwide terror group. For some reason, Michael Moore thinks he needs to apologize to the leader of Iran because he didn’t vote for Donald Trump. Therefore, he doesn’t support the killing of General Soleimani. Again, really stupid. But he’s not done. He has also sent out tweets begging Iran to let him and fellow leftists take Trump out. I mean, he talked about ” F’ing hope Trump will not be president for life. We might have to do something to take him out.” It sure sounds like a threat against the life of the president to me, Jermain.

Jermain Botsio: So this guy is absolutely out of his mind, Barry. And this does not even stop here with the Hollyweird folks. There was another woman by the name of Rose McGowan. Rose McGowan goes and makes a tweet and says, “Dear Iran, the USA has disrespected your country, your flag, your people. Fifty-two percent of us humbly apologize. We want peace with your nation. We are being held hostage by a terrorist regime. We do not know how to escape. Please do not kill us.” Hashtag Soleimani. I mean, It’s almost bizarro world. What do you think about this last one here?

Barry Nussbaum: I will say the same thing I normally say when people ask me what I think about Hollywood directors and actors telling regular Americans like you and me how to vote and what to think. The average person in Hollywood never went to college. Most never finished high school. They are virtually uneducated. Many of them I’m not saying all, but they’re fabulously wealthy, overly indulged men and women who literally don’t have a regular relationship with planet Earth, and it’s citizens. They get what they want when they want it. And they believe because they have an opinion, something popped into their head that one hundred thousand or a million people auto immediately hear about it and follow their lead. It’s literally arrogance on steroids as if they were elected to give us their opinions. I can tell you from my perspective, and the perspective of many people that we talked to the best thing that could happen for Trump and the Republican Party in 2020 is more Rose McGowan, more, Michael Moore and similar very left-wing progressive anti-American stars saying they’re moving to Canada, or they’re moving to Nigeria or moving to Mexico because America is such a horrible, repressive, fascist murdering regime stocked by and led by white supremacists who want to kill everybody. The more they talk, the more Trump’s numbers go up.

Jermain Botsio: There is a rapper by the name of Cardi B. She used to be a stripper. She’s an awful lady Barry, let me tell you. She said that she wants to apply for citizenship in Nigeria.

Barry Nussbaum: Yeah, that’s the one I was referring to.

Jermain Botsio: Barry, this woman is ridiculous. These people cry all day long about racism and how bad America is while they make millions of dollars.

Barry Nussbaum: They’re on their private jets. They’re flying all over the world. And somehow it’s better for them in Nigeria. And Whoopie Goldberg was going to go to Canada in 2016, remember? About 50 celebrities swore they were leaving the country because they couldn’t survive in what a horrible place America would become. Meanwhile, record employment numbers, record economic growth, lowest African-American unemployment in history, lowest female unemployment in history, lowest Hispanic unemployment in history. The economy is on fire. Everybody’s doing better. Taxes have been significantly lowered, and the leader of terror around the world is dead. Let’s do a go fund me for this gal to go to Nigeria.

Barry Nussbaum: Let’s see how the stripper business is in Nigeria. 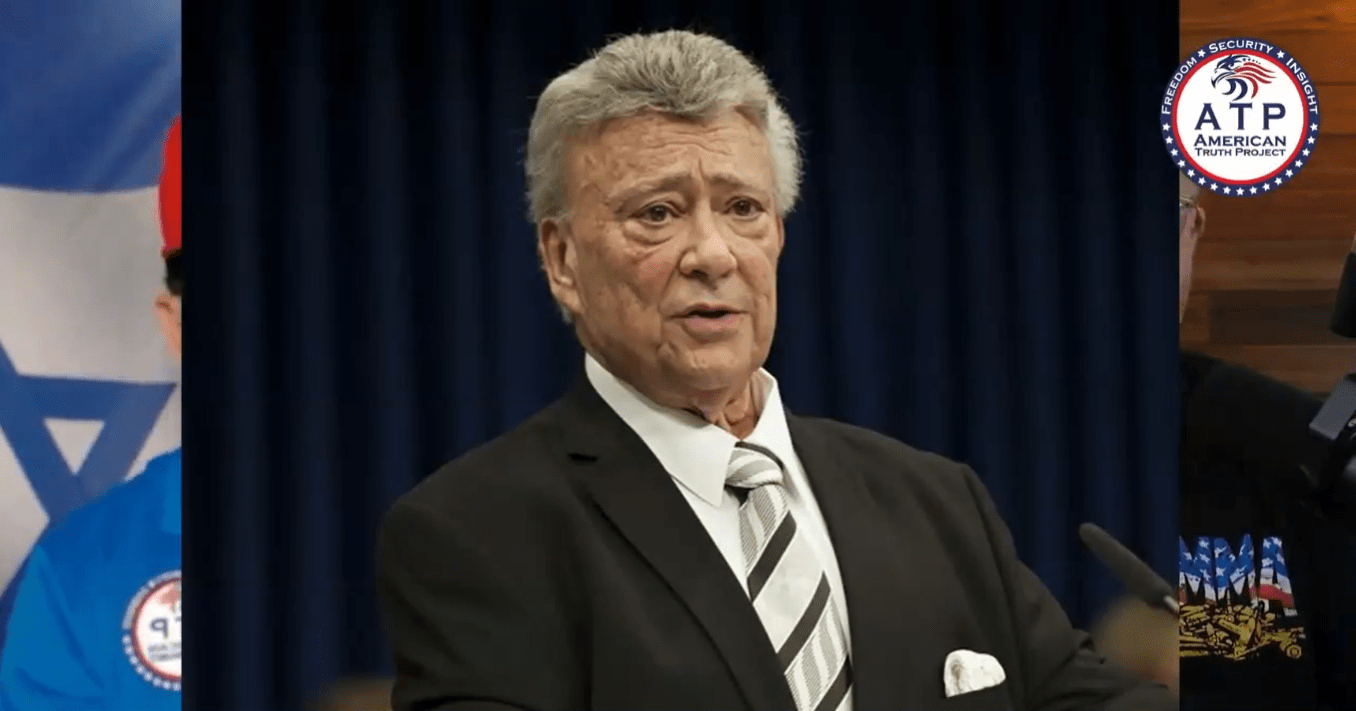 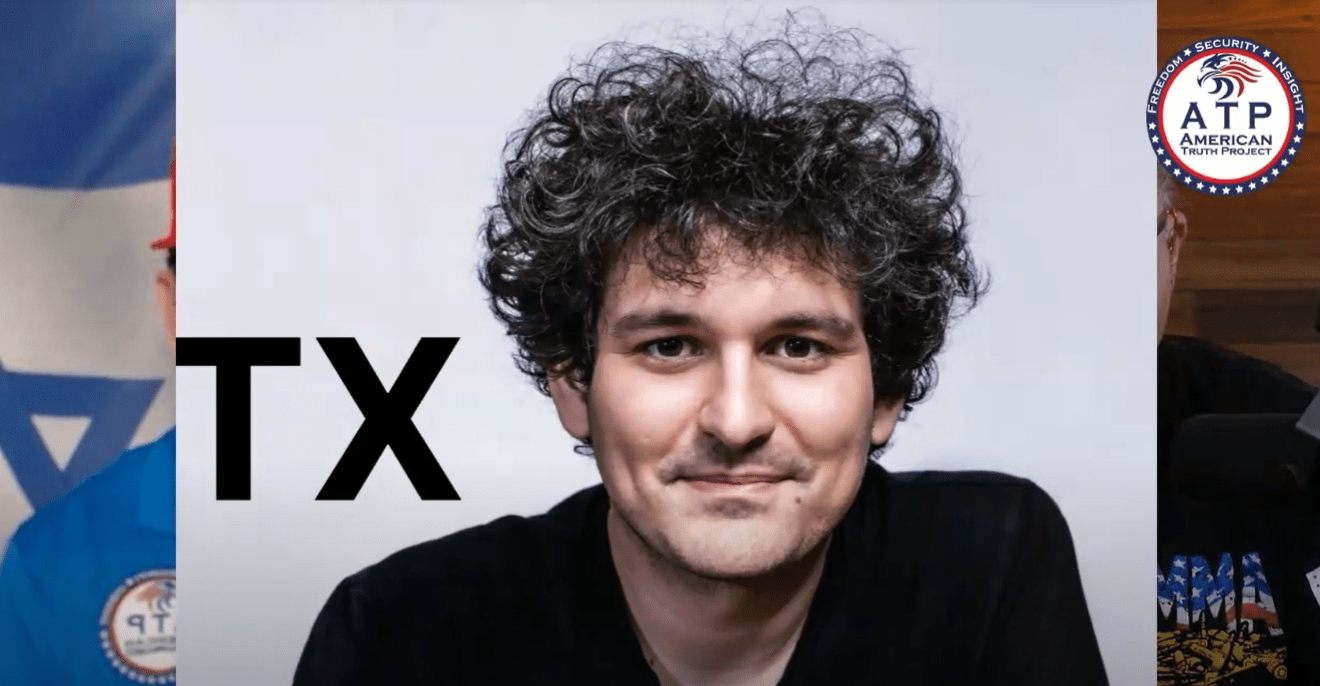