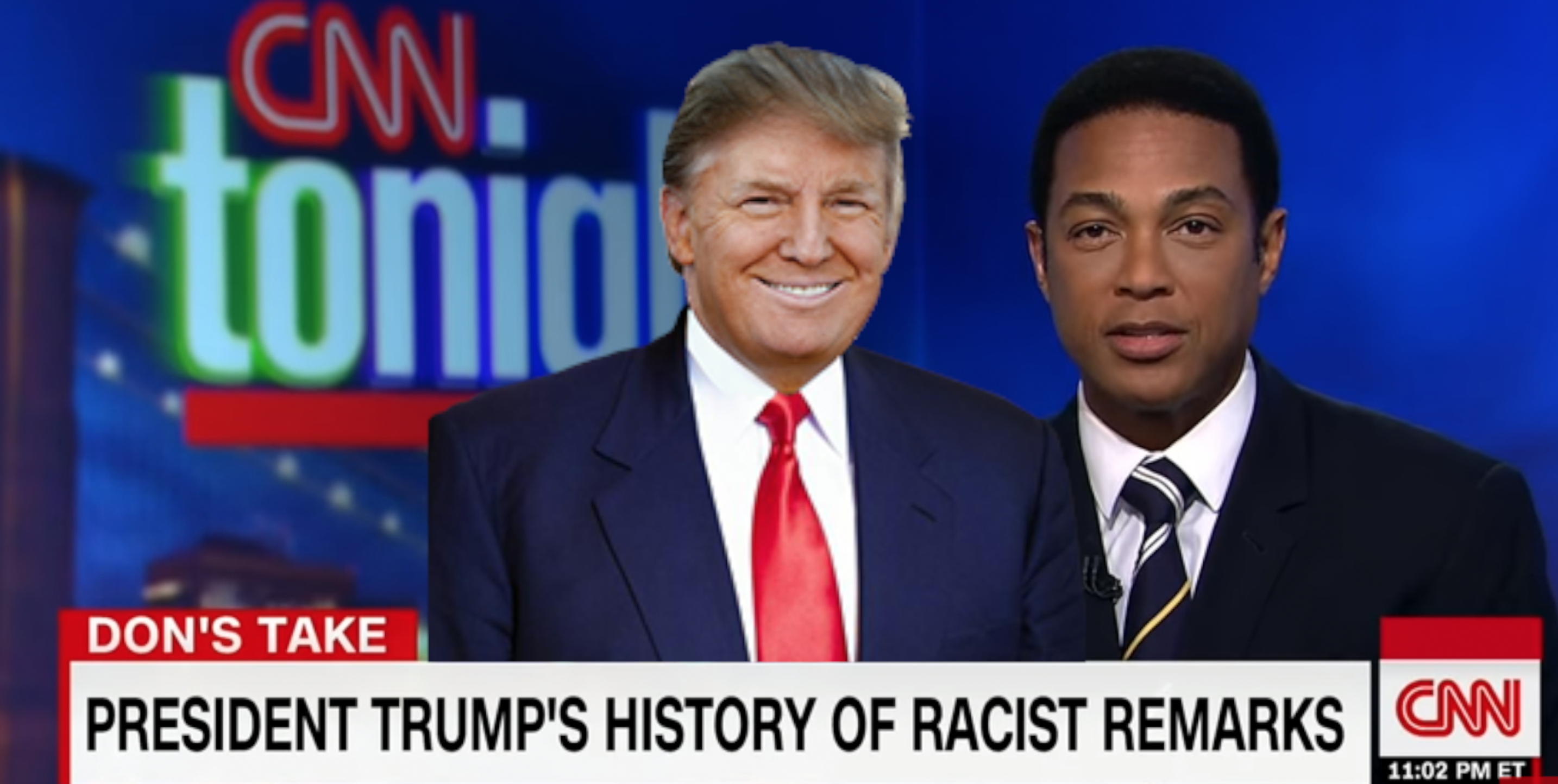 As proof of the impartiality of CNN,  nightly news anchor Don Lemon stated that he loves going to work each day because CNN has refused to “pick sides” regarding the Trump administration. However, he stated that he has an “obligation” to call President Trump “racist” or “racist-adjacent”  (whatever that means) during broadcasts because the evidence points to no other alternative. Objective to Mr. Lemon appears to mean calling the President hateful names on his nightly newscast.