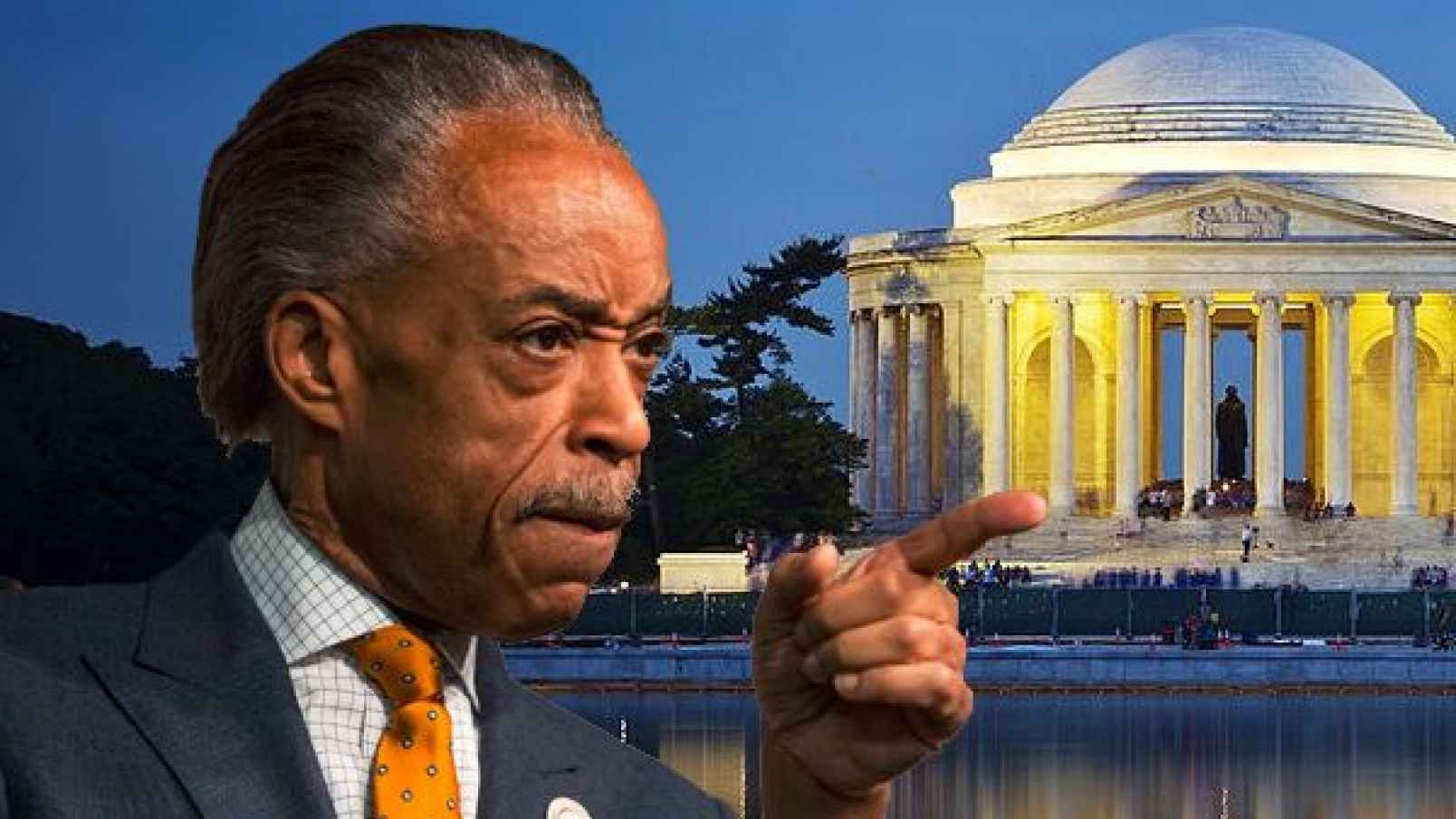 In a shocking attempt to rewrite American history, racial antagonizer Al Sharpton has now decided that one of America’s greatest presidents is not worthy of a memorial. In spite of writing the Declaration of Independence, in spite of helping to create the American Constitution, in spite of his amazing contribution to the creation of United States and being recognized as perhaps its greater leader, Sharpton wants to eliminate the memorial which honors Thomas Jefferson!

Tags:
Previous Article
The Media Double Standard Regarding President Trump
Next Article
The Lunatic Left is Selectively Destroying American History. Will They Stop With Just the Monuments?