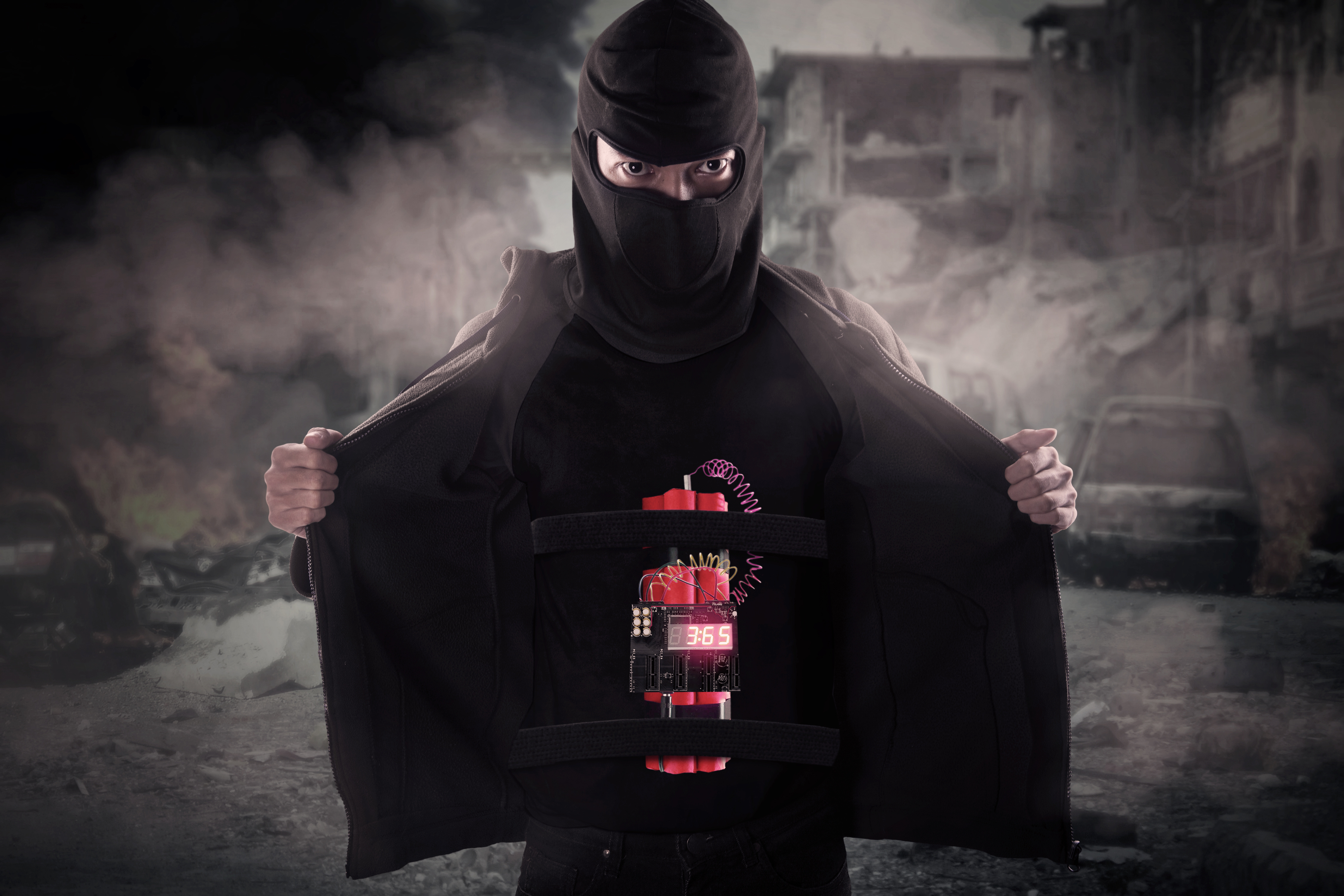 Most Americans commonly accept that the 9/11 plot and attack was an act of foreign terrorism by “bad” or “radical” or “extremist” Muslims.  In that seemingly reasonable assessment, some Americans are more informed than others, but generally we agree that such terror attacks are “bad” and are done by “bad” people for “bad” reasons. Our common ground as caring and rational Americans is that we want America to survive and prosper, and we want Americans to be secure from acts of terror and slaughter by “bad” people. In the typical American way of thought, Muslims who do such things must be “bad” Muslims.

But it raises confusion about how to understand all of the other Muslims, both abroad and in our midst, who do not carry out such acts. And where do we draw any dividing line between them? And if there is a line, then where do the “bad” Muslims come from? Where do they get such horrific ideas of suicidal slaughter? And why can’t, or won’t, the other Muslims stop the “bad” Muslims? The questions are endless.

Let’s review the other end of the ethics range as well. Who are the “good” Muslims? To come to any conclusions about these concepts of “good” or “bad”, if we want to apply them to Islam, we must first ask, “From our point of view, or from Muslims’ point of view?”

By American societal values, a “good” person of faith is one who is true to and practicing of the tenets of his faith. So, in parallel, in Islamic society, our concept of a “good” Muslim must be one who is true and practicing of Islamic rules within Islamic society. So by that logical understanding, a “good” Muslim must be one who follows Quran, by Islamic belief that it is the true word of Allah; and one who obeys and emulates Muhammad, whom Quran repeatedly claims to be the “excellent example” for believing Muslims; and one who follows the most authentic hadith, which are detailed sayings and deeds of Muhammad; and one who will do whatever it takes to protect and defend Islam.

The problem that arises right away for our understanding of “good” when we try to apply it to Muslims who believe and practice, is found right in Quran, with its verses commanding Muslims to fight and to kill. If they are called into jihad, by the code of behavior cited above, they are going to join the jihad; they are going to kill the infidel. Quran makes it clear that jihad is the path that will most please Allah:

So, just as a Christian is uplifted as “good” in Christian society if he is one who follows his faith devoutly, a devoted, practicing, believing Muslim must be a “good” Muslim within Islamic society. But now, we come to a dilemma in our understanding. Because we commonly refer to Muslims who practice jihad as “radical” Muslims, right? Our first problem is that “radical” does not seem to fit with our concept of “good.” But more inexplicably, a devoted, or “good” Muslim, is one whose acts, such as jihad, are not at all “radical” but rather are completely in line with revered Islamic doctrine.

Now, the supposed “good” Muslim you know, who is your nice neighbor, friendly coworker, helpful classmate, is actually disobedient to Allah’s Quran commands. For example:

And indeed, for their defiance of Allah in their friendliness to you non-Muslims, and for whatever other acts that show their disbelief, while they are just behaving as normal, decent Americans, they are actually disdained as “bad” Muslims in Islamic society. Or, more precisely, they are not even considered to be Muslims at all, within the standards of Islamic countries or devoted Islamic society. Instead, they are dismissed by the Islamic faithful as infidels, just like you and me.

It is an obvious observation to make that there are many millions and millions of so-called Muslims who are living peacefully and quietly, as they are just going about their lives. From an American’s values, you might be inclined to classify them as “good” Muslims. But the problem is that their life model does not define Islam. For Islamic followers who actually read and practice Quran, those millions who fail to do so do not count as real Muslims. And how can they, because in fact they are not following the teachings of their religion.

However, people will cling to a group identity by which they have come to associate. Many non-practicing Muslims will simply self-identify with Islam, just because it is their familiar community. In a gentle world, it would be an irrelevant status of no great interest to any of the rest of us non-Muslims—except for the horrific matter that truly devoted Muslims will easily find Quranic rationale to kill them, along with the rest of us, as infidels.

So-called Muslims might say they have read the Quran and might contend that there are many “good” verses to believe in, even while they acknowledge that, well, yeah, there are some violent verses. But there are more peaceful ones.

But in fact, there is really no such a thing in Quran, when you understand the Islamic context. The supposedly good verses and peaceful verses in Quran apply only to Muslims, as commands for how they are to treat their fellow Muslims well. Quran does not tell a Muslim to be fair and nice to his non-Muslim neighbor. There is no such a thing in Quran. There is no command to be nice, to be truthful, to any non-Muslim friends—because there is no permission to be friends with non-Muslims in the first place. Instead, there is a paranoid prohibition against such intimacies:

Other apologists for Islam will argue, “Well, if ISIS are the real Muslims, then why are they killing other Muslims?” So, ISIS—you may call them “radical” Muslims, “extremist” or other made-up labels, but I call them “Muslims” simply because that is all that they are, by authoritative Islamic ideology—they do not look at non-practicing Muslims, our “nice” Muslims, or “moderate” Muslims or “good” Muslims or “peaceful” Muslims, or however you want to phrase it; they frankly do not look at them as Muslims at all. So in the Islamic view, they all deserve to die as well. Because of the fact that those “non-Islamic” Muslims were closest at hand, ISIS simply started to clean up within their own country.

We can obviously see that Islamic killings in the Middle East are far more common than in other places. That is because in the majority of Middle Eastern Islamic countries there is not any more authoritative law than Sharia. Over there, a believing Muslim can kill, and nobody in authority can uphold any law higher than Allah’s Law, if the devoted Muslim killed in the name of Allah and Muhammad.

And from the “good” or devoted Islamic perspective, most of the so-called Muslims who are being killed over there are simply dehumanized by the killers as “bad” Muslims; they are the ones who are against Sharia, ISIS or any jihad attacks upon other infidels. They may be nominal Muslims, as a cultural identity or birth status, but they are killed because they do not follow Muhammad or Quran. Still, the truth is that even with that slaughter, the rate of killings of these “non-Islamic” Muslims is far less than the rate of killing of the more evident non-Muslims, such as Christians and Jews, in any Islamic country where jihad is a clear and present danger.