Why Can Muslims Be Anti-Semites Without Comment from Media? 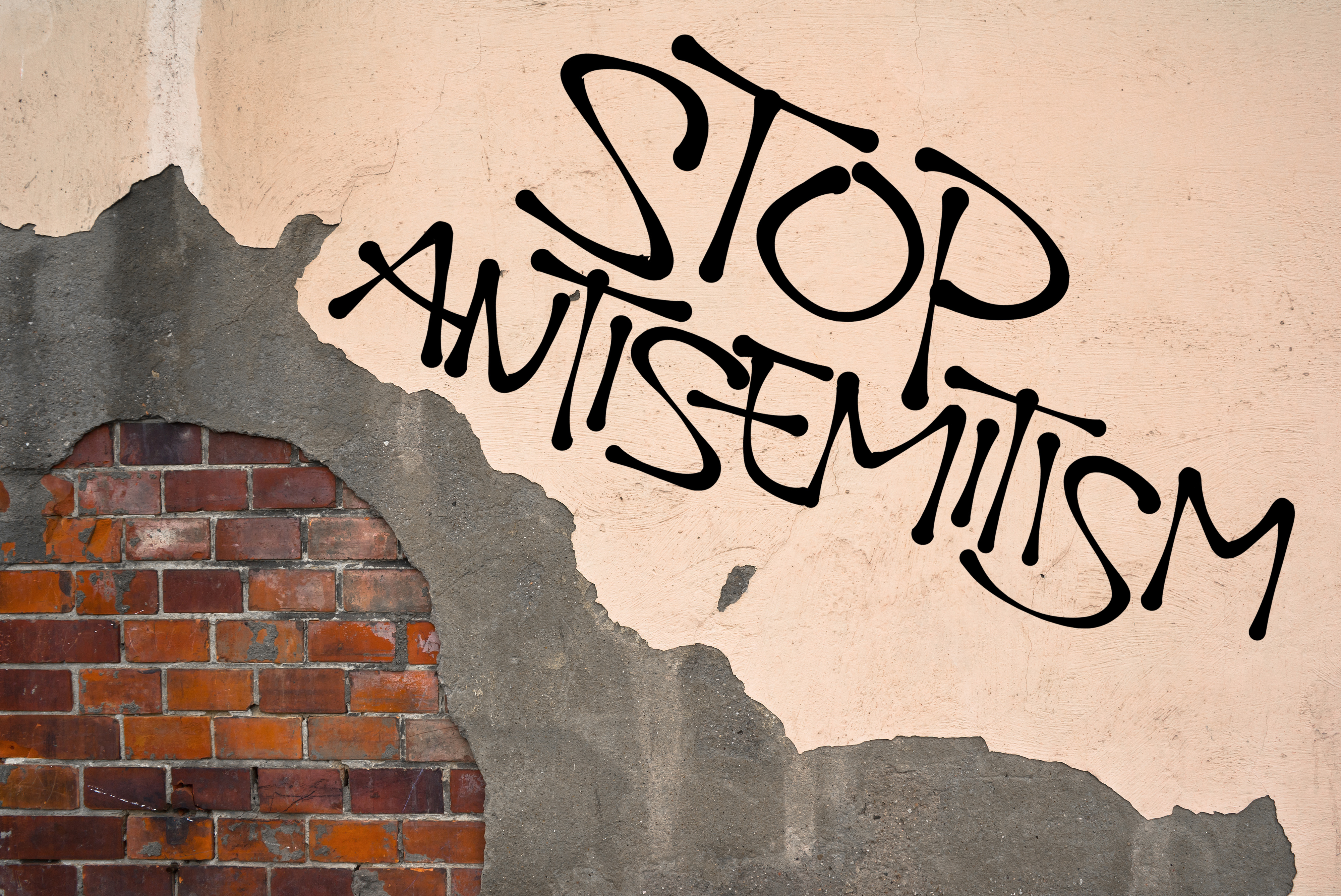 It used to be that an American politician could not get away with smearing 6.3 million Jews as “evil”. But how times have changed since the 2018 election, which brought us two newly elected Muslim Congresswomen into office.

By the lack of media outrage, it appears that they can say just about anything about how Jews are just not so good for the world. Well, since 74 long years have now passed since Auschwitz was liberated on January 27, 1945—maybe the message of media silence today means that Jews should just be less sensitive to racial libel smears by now.

Or, is this media silence instead of outrage only granted as a Muslim “privilege?” Or a Democratic Party “privilege?” Or perhaps it is a double privilege, if the politician fits both categories?

On the other hand, if a demented old Holocaust-denier happens to run for Congress as a Republican, CNN and The Washington Post won’t leave him be. “Are you a Nazi?” Is the question asked of the elderly white supremacist? “You’re a Nazi,” is the mainstream media charge tossed at him. Well, if the shoe fits.

But, in the interest of full reporting, “This guy is a fringe candidate who has been doing this for over a decade with no real connection to the GOP,” wrote Jesse Hunt, spokesman for the National Republican Congressional Committee. So sanity returns to the election field, via the voice of the GOP, which is ready and willing to throw its own outrageous politicians under the bus, whenever mainstream media comes calling to ask about the outrage.

Now, on the other hand, what if you get elected as a lovely, albeit foul-mouthed, Palestinian Muslim woman from Michigan (side digression, with a frantically-waving red-flag: one who ran unopposed, and, according to her own father, registered to vote from a false address when she ran for office the first time)? Well, then if you are that kind of politician, you can accuse Senators of “dual-loyalty” if they dare to oppose your racist boycotts of Israel; you can cover the state of Israel on your Congressional office world map with a sticky note reading “Palestine” in red; you can be a member of Facebook groups which also deny the Holocaust, and call Jews “Satanic.”

And the magic trick is that the mainstream channels CNN, MSNBC, HuffPo, The New York Times, Salon, Vox, and The Washington Post won’t even notice such outrageous things. When you are running under the banner of the Democratic Party, and your name is an Islamic one, like Rashida Tlaib, the mainstream media will grant you the magic powers of a master illusionist.

They will be completely blind to outrageous awards and donations you receive from terror-related groups, while you in turn praise their “invaluable” and “vital” “advocacy efforts.” They will not be outraged by your support of “a young girl” whose “voice should be lifted,” as you wrote to your followers—that girl being a terrorist whom Israeli authorities had recently incarcerated for assaulting an IDF soldier and for proclaiming that “everyone must” attack Israeli Jews by means of “stabbings, martyrdom-seeking operations [i.e. suicide bombings], throwing stones.”

But that’s only the warm-up act, from one Islamic master illusionist. If you’re a moderately conservative federal judge nominated to the Supreme Court and somebody out of the blue shockingly alleges that you tried to rape her in 1982, but she can’t remember enough basic facts to even begin to support her stunning claims, or to find any witnesses or evidence against you, then mainstream media will be awash in Leftist outrage, as the mob against you tries to break down the doors of the Supreme Court, to whatever end which comes by way of outraged mobs who won’t let facts or reason get in their way.

But, if you run for political office in America on the Democratic Party ticket as a charming, yet brother-marrying Muslim lady from Somalia, who wears a hijab, you can be the second headline act in the magic show. To your self-fooled mainstream media audience, you have become a master illusionist. You have them all so enraptured by the exotic charm of your foreign headcover that you can get away with all sorts of outrages.

For example, you can ask for clemency on behalf of men on trial for trying to join ISIS; you can say that “Drawing attention to the apartheid Israeli regime is far from hating Jews”; you can promote the illusion that you are the first “refugee” ever to be elected to Congress (when you were really only the fifth or so of a set which includes two Jews elected long before you, and the first was actually a Jew who escaped the Nazis); and you can bizarrely accuse Senator Lindsey Graham of being gay.

You are so good at pulling your civilization jihadist illusions on them, that you can make Poppy Harlow of CNN look just a little bit baffled, as she seems too hopelessly seduced by that anachronistic cloth wrapped about your head for no sanely explicable reason of feminist rights logic in the 21st Century. What’s more, if you pretend to apologize for the anti-Jewish things you have said, the blinded Anti-Defamation League will forgive you immediately, and Jewish Democrats on Capitol Hill will welcome you onto the House Foreign Affairs Committee.

Your illusions are so seductive to a willfully blind mainstream media, that CNN, MSNBC, HuffPo, The New York Times, Salon, Vox, and The Washington Post will barely notice—minus an op-ed here and there—the jihadist things you say and do—things that should outrage our civilization. There seems to be little limit to the outrageous things you can get away with, when you are Ilhan Omar, a master illusionist performing to the mainstream media, as they fail to see the civilization jihad on stage in front of them.

So, are the illusions being performed by these elected civilization jihadis really that masterful? Or is the truth more that the mainstream media blindness is that willful? One interesting point is that, contrary to popular myth, The New York Times has exclusive inside information that Holocaust-deniers are not all Republicans.

Another point would be that journalists, beyond being Leftist Democrats, understand that criticizing Muslims gets you called racist. (Or slaughtered by jihad)

But on a more insidious level, while the Leftists of mainstream media are not inclined to be warned by the civilization threat of Qur’an 9:29, they are quite inclined to embrace at least the sentiment of it. In other words, they might agree entirely with the Islamic Movement that the traditions of the Western world must be destroyed, to be replaced by the utopian collective that they each fantasize can take its place. And so if hateful double standards help the society to get there, then, well, screw the Jews, if the Muslims openly express a problem with them.

In politics, everything is a tool, a means to an end—politicians and their journalistic compatriots will often have an endgame in mind, but they are not known for consistently applying any deeply held, humanistic moral principles to get there. Mainstream “journalists” today are clearly aligned with Leftist politicians on one side of the culture war. By application or exclusion of selective outrage, they have become adept at weaponizing morality against the culture they want to take down; and alternatively, to boost the alien elements they want to build up into power against their native culture.

So, the president can attempt to enact a temporary travel ban preventing unvetted people (not all of them Muslim) who originate from dangerous enemy nations from entering the country until the administration can figure out how to plausibly vet them. On the Left side of the culture war,  that’s deemed worthy of protests enough to immobilize airports, and is provided the requisite mainstream coverage to promote the narrative.

As a civilization jihadist, Islamic supremacist Congresswoman can outrageously accuse mildly pro-Israel politicians of not being loyal to the United States—but only a handful of Jews (or non-Jews) in the media will find themselves capable of being outraged by the antisemitism, or by the activist supremacy, or by the blatant jihad against our traditional way of life and freedoms.

The problem is not even that Islamic supremacists Ilhan Omar and Rashida Tlaib are openly pushing their bigoted, supremacist Islamic agenda of conquest. It is not even that the Left has lowered the bar of tolerance to the point that almost anybody, domestic or foreign, can be an anti-American bigot in public and get away with it. The problem is that the people whose job it is in journalism to not cover up for them, are doing so, systematically with destructive intent, or willful blindness.

Muslims are commanded by Allah to wage civilizational war against our society; If hijab-wearing members of the Islamic Movement actually adhere to the system they publicly choose to represent, then Allah’s command of them, “To participate in Jihad in Allah’s Cause”, is not really a choice. But a Leftist, socialist journalist writing an article about “rising anti-Semitism” which doesn’t mention the civilization jihadist, Islamic supremacist Congresswomen in the room, is really quiet a choice that journalist does make. Our society will rise or fall on that choice.

Son of Holocaust Survivors: “Islam Is Coming for You!”

Robert Spencer Explains How Palestinians Were Created by KGB