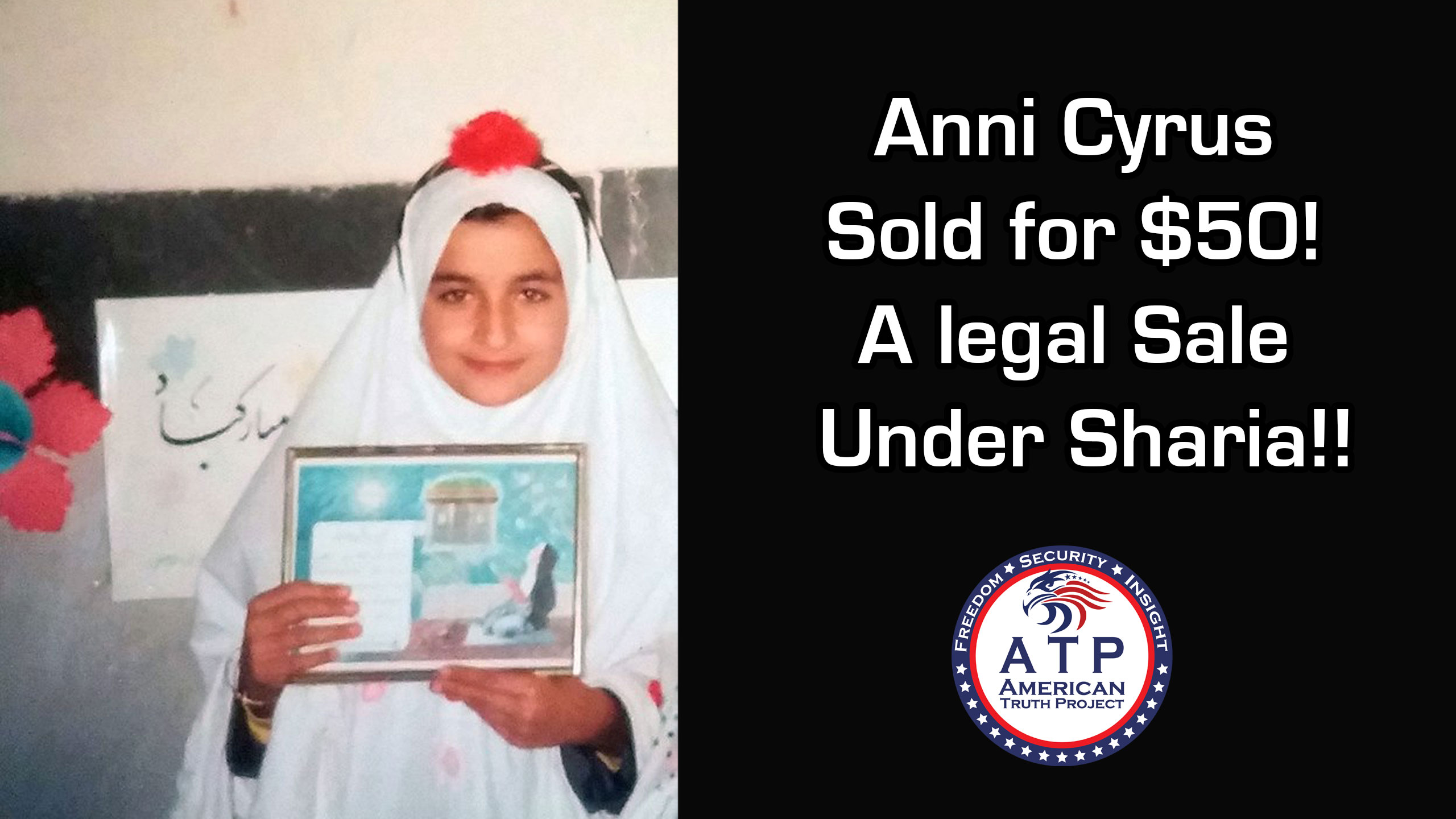 Aynaz Anni Cyrus: When I was close to my 14th birthday, my father being a sheikh, a devoted Muslim, just had it. I was bringing way too much attention to our family and I was too much of a troublemaker. So, he figured it’s time for me to be somebody else’s problem. One day he told me, I am going to marry that guy. I’m not kidding. Literally, he looked at me and pointed at the guy. That guy. I tried to cry my way out of it, beg my way out of it, even fight my way out of it. It did not work. So, I became back then I thought I became his wife. Later on, I learned, it’s called a child bride. The man who bought me, yes, he purchased me. He paid fifty dollars, American dollars, and opium for about a month of usage for my father. He kind of sort of had a habit of looking at me as a punching bag. So, he had me for over a year and every day if he wasn’t beating me, he was raping me. When he wasn’t raping me, he was beating me or sometimes he was doing both.

One day when he was done beating me, he left and I figured wait, if I could somehow get myself to court and go into a courtroom and talk to a judge looking the way I look right now, he might just feel sorry for me and do something. So, let’s do it. I walked into a courtroom with a dislocated shoulder, bloody lip and a bruised face, my eye area. And went to the judge and said, “Your Honor, you have got to save me because this man will kill me sooner or later.” He was looking down at his papers. Very calmly he looked up with a smile and said, “Well, young lady maybe if you start obeying your husband, he wouldn’t have to beat you. Now go home and make him happy.” It wasn’t because the judge was just some crazy guy who enjoyed looking at me beat up. No, because he was following the Quran. Chapter 4. Verse 34. It says, “If you think” (you do not need to see. You do not need to wait until it happens) “If you think your wife is going (She’s planning) to disobey you, warn her first, separate your bed, then beat her. But if she comes back obeying, seek no further harm.” My question is, what if she doesn’t come back obeying?  Keep on beating, I guess? But yeah that judge was just following the Quran.

My favorite chapter of Quran is Chapter 4. The reason is it’s called the woman. One hundred seventy-six verses. Allah took the time to send a specific chapter on how to treat your women, how to look at a woman, and what a woman is under Islam.

Ilhan Omar Breaks State Law and Lies on Twitter Repeatedly…. No Consequences Yet!