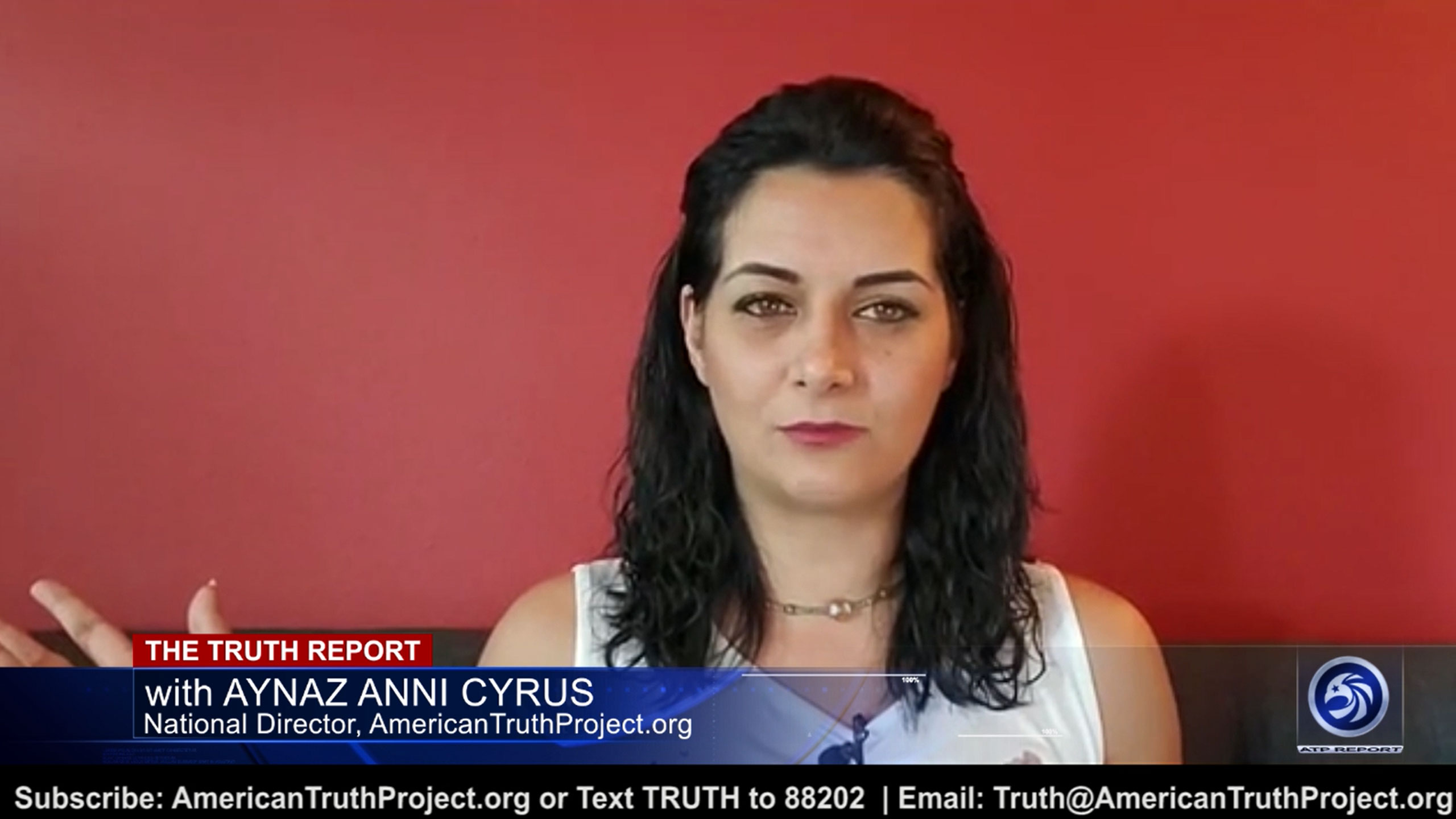 Anni Cyrus: You all are familiar with this Arabic word “Jihad.” 09/11 was a Jihad, Correct? Or when a guy is screaming and shouting “Allahu Akbar” while blowing himself up or running into the crowd with a knife to behead you, it’s Jihad, Correct? However, If you ask a Muslim to explain the meaning of Jihad or to tell you what Jihad is, you get a very complex, confusing description and explanation. For example, some of the popular ones; “Jihad is only a defensive war or well, only a Caliph (the highest level of Islamic society leader) can call on a jihad. Or better yet, these crazy guys committing terrorism against non-Muslims have nothing to do with Islam, or they misunderstood Islam, or my very favorite Jihad is the internal struggle. You know, I’m going to get to the gym every day. I got to keep my body in good shape every day, and I have to be healthy every day. I have to be on my best behavior around other people every day. This is Jihad.”

None of these excuses, none of these confusing explanations ever actually explain why these crazy guys commit terrorism and kill innocent people. while Shouting, “Allah is the greatest.” I will explain it for you today. I will explain the excuses. And I will explain how Jihad, the word jihad has been repeated 108 times in the Quran, which is words of Allah, with a description of killing non-Muslims, committing Jihad against us, the non-Muslims, to conquer us. I will explain how Allah has mentioned in the Quran that, as a Muslim, it is your duty to kill Non-Muslims. Fourteen centuries of Islamic history has proven that Islam conquers through Jihad. Not the fancy Jihad description you hear from Islamic societies or Islamic centers or Muslim leaders, but the true meaning of Islamic Jihad.

Let me start from here. Where does the word Jihad come from? It comes from Jahd, an Arabic word the root of the jihad word is Jahd, which means struggle and war. Within every Islamic teaching starting from Quran, going to Hadith, going to Sunnah, going to Sirrah or Sunnah,Reliance of the Traveller or wherever you look, there is not a single mention of Jihad, as an internal struggle, nowhere did Allah or Muhammad say commit Jihad against yourself, meaning keep yourself under control.

I would like to put a call to action out right here. Anyone, please, dear Islamic leaders, dear Muslims, please send me an email with your actual evidence, proof within Quran that refers to Jihad, the word Jihad as you as a Muslim are required to commit Jihad in ways of staying healthy, having good behavior or any of that. And I’ll be more than happy to adjust my explanation of Jihad until such time let me give you my proof that Jihad under Islam has one meaning and one meaning only. And that is to attack, terrorize, kill, or covered non-Muslims until every breathing human is a Muhammadian/Muslim.

I would like to start by chapter 49 of the Quran, verse 15. The believers, which is Muslims, are those who believe in Allah and Muhammad and never doubt Islam, Muhammad or Allah, and they strive, Nowhere it has used strive as the translation. But the actual word Arabic within this verse is”Va Jahduha,” being committing Jihad. Those who commit Jihad with their properties, their money, their wealth, and their lives in the cause of Allah. What is the cause of Allah? The cause of Allah is the globalism of Islam. When everybody’s a Muslim, that’s a cause of Allah. Simple, as I said, simply explains who Muslims are. Nowhere in this sentence does it say Muslims are those in good body shape or those who verbally say the good thing or those who catch 8 hours of sleep for beauty rest. No, it doesn’t. It flat out says, believe in Allah and Muhammad, don’t question him and go either spend your money in the way of Jihad or your life. To me, that’s pretty simple and to the point.

Now let’s do another one, shall we? To just make sure why Allah really, really cares for Jihad. Let’s go to Chapter 4, verse 95. That is Chapter 4, “An-Nisa/the woman” verse 95. It does say, “Not equal are those believers remaining [at home] – other than the disabled – and the mujahideen,” (Mujahideen coming from Jihad. Mujahideen are those people who commit Jihad) “in the cause of a war with their wealth and their lives.” Again, translation Those who stay home, the Muslims who stay home are not equal to Mujahideen. Muslims who stay home are not the same in the eyes of Allah as Mujahedeen. Now, how did that describe the Mujahideen again, “Those who strive and fight in the cause of Allah with their wealth and their lives.” Financial Jihad, war Jihad. I have covered this before. So you become the favor to Allah as a Muslim if you are committing Jihad, using your money, wealth, property, or life, Right?

Again, just two verses, just two verses, that’s all. Again, the Quran is a pretty big book. Remember, only two verses. And I think anyone with a bit of logic, open mind, and open heart can easily see that Jihad has everything to do with what we see terrorizing non-Muslims, because, again, as I explained, cause of Allah, what is the cause of Allah? Cause of Allah is when you kill or convert non-Muslims, so everybody is a Muslim, that’s the cause of Allah. You use your wealth and your life. Now, who are using their life, as I said, shout Allahu Akbar, blow up yourself, take a couple of infidels with you. And you have successfully committed Jihad and became a favorite to Allah based on Chapter 4 verse 95.