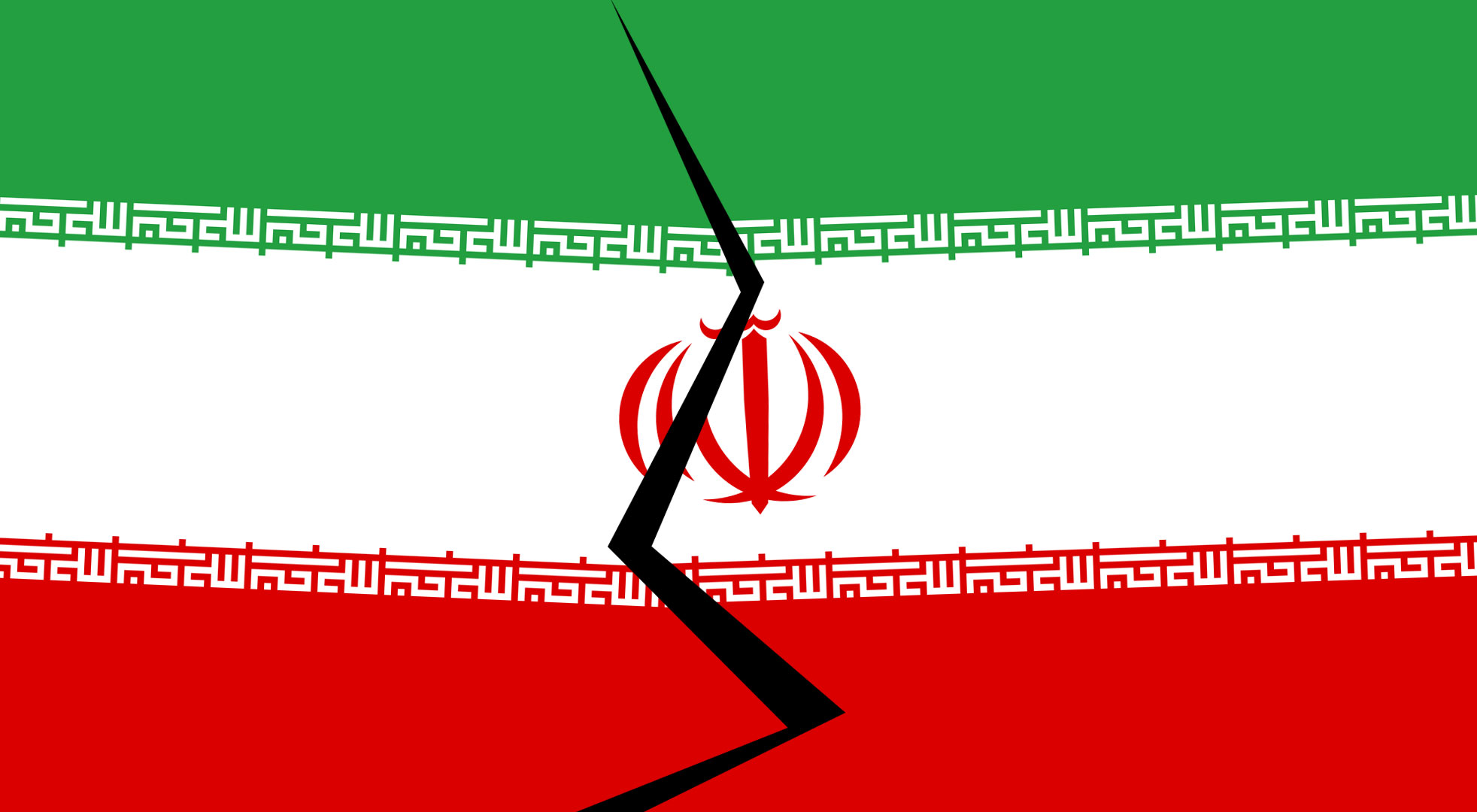 The Islamic regime is vulnerable, because Iran’s economy has been in decline for the past several consecutive years.

Four decades after the Mullahs took power in Iran, the collapsed economy is sinking day by day as a result of failed management and policies. It was predictable from the start, as once the Islamic Revolutionary leader, Ayatollah Khomeini said: “Economics is for donkeys.” The inability of the theocracy to manage the economy will bring on its coming downfall.

The situation of Iran is worsening day by day in various fields under the Khomeinist regime rule Iran encounters an immense economic crisis by the chronic effects of currency devaluation, an unbalanced government budget, inflation, a corrupt banking system, an inadequate pension fund, and widespread unemployment. All of the problems are being rapidly accelerated and magnified by the American sanctions taking hold in various areas that affect Iran greatly.

Iran’s economic freedom scores only 51.1, making its economy the 155th freest in 2019 (between Lebanon and Angola), according to Heritage.org. At least 60 percent of the country’s wealth is controlled by just 300 state-backed entities in Iran. Further, more than 40 percent of the economy is controlled by the Islamic Revolutionary Guard Corps (IRGC), a recently designated Foreign Terrorist Organization. The mass of economic profits in all sectors is confiscated by that terrorist organization.

The economy suffers from a systematic corruption that has been ruined by graft giveaways of discount coupons and subsidies. Each of the succeeding presidents in Iran under the theocracy has somehow damaged the economy in his own way. Each one proved worse than the next. The IRGC-backed president Ahmadinejad was one whose administration planned for “Subsidy Reform”. The plan had been scheduled to eliminate the subsidy on energy and food in a five-year-period. Although the elimination of subsidies is generally beneficial for any free economy, the Iranian economy has never had infrastructure in place to adjust for such economic reform.

The self-proclaimed moderate Rouhani hammered the final nail in the nation’s economic coffin. All of the promised reforms became one wild-goose chase after another and failed to revive Iran’s economy.

The country now faces triple-digit inflation, rapid devaluation of Iran’s currency, double-digit unemployment, bankrupt banks and financial and credit institutes, far-reaching bribery and embezzlement, a negative-growth rate in the economy, low foreign net debt (lower than other developing countries), and compounding land disasters, as a result of chronic drought, water shortages, and environmental change. As the economy and citizens’ purchasing power has plummeted, the volume of liquidity has risen 1,100 times in the past three decades.

The state-run ISNA quotes an analyst, declaring that “Zero exemptions for Iran oil sanctions” aggravates the situation for the kleptocrats in Tehran. But, Iran’s economic problems are due to a lack of management, not sanctions, he claims.

Instead of supporting a properly managed economy, the Islamic regime spends oil money and the country’s assets on terrorism, not on its citizens. So, the deteriorating economy goes further into decline each day. Nobody knows when the country will reach a breaking point. But the ongoing decline in Iran’s industries, its agricultural fields, and non-oil exports will eventually endanger the stability of the theocrats’ hold on power.

Now, the regime faces a new challenge of opposition from the Trump team in White House. President Trump began a calculated policy to counter the mullahs ever since he was inaugurated in 2017. We will see if that added pressure becomes enough for Iranian dissidents across the country to do the job themselves of overthrowing the regime. Its sunset is coming.

Whether or not the regime talks with the United States to work out any new deal, or to ease sanctions, its continued illegitimacy makes the regime vulnerable to collapse, as soon as the citizens decide to massively seize the streets. Any relief deal negotiated with the U.S. will postpone regime change—but it will not prevent it.

Previous Article
I Was a Girl in the Nightmare of Sharia
Next Article
Cali Dem Party Says Israel Caused Pittsburgh Massacre!