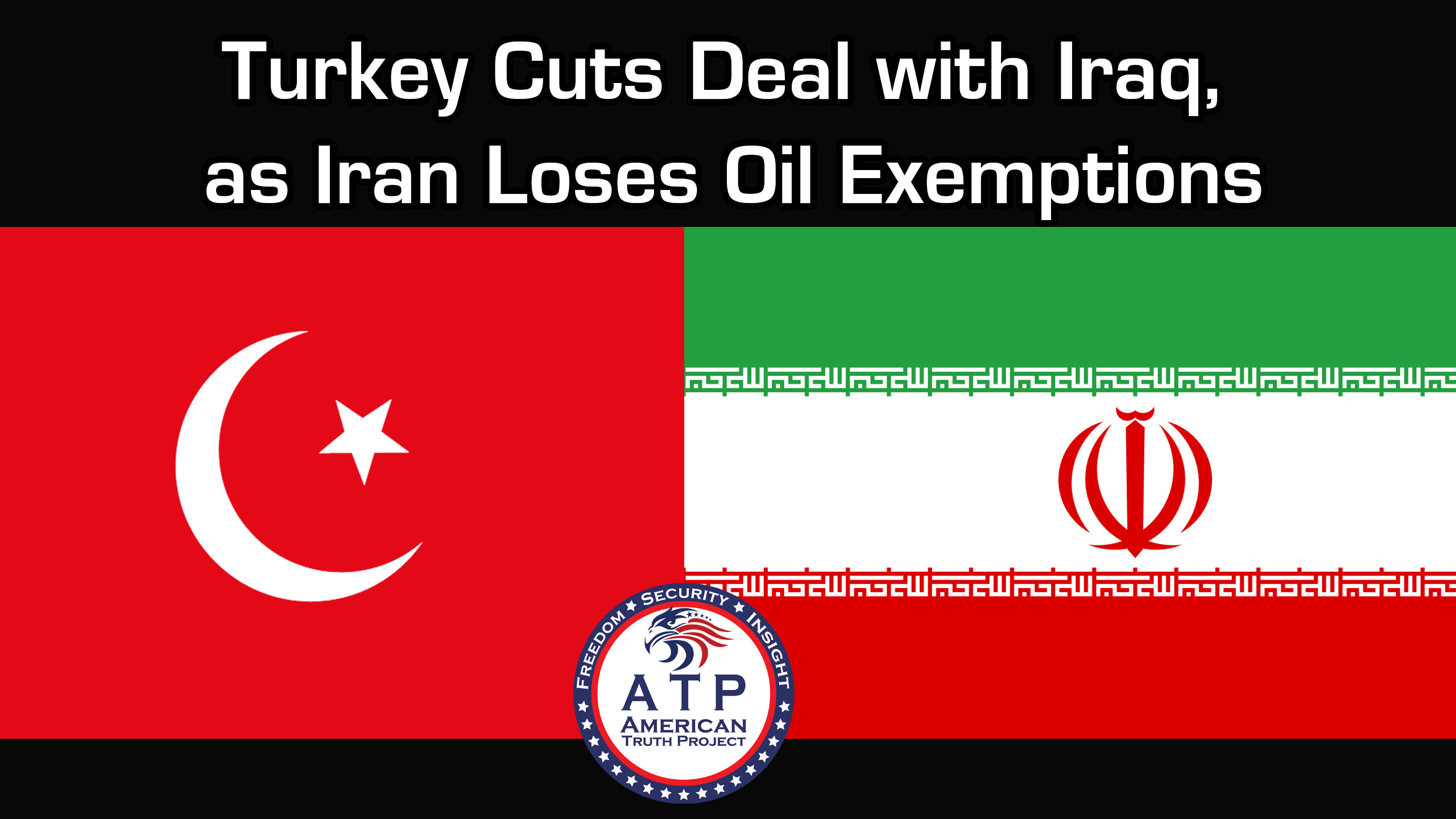 The Turkish Foreign Minister, Mevlut Cavusoglu, travelled to Iraq recently to solidify relations between the two neighboring countries. At the head of a political and economic delegation, the Turkish minister met with Iraqi officials, including Turkmen politicians in Erbil. The Turks are strengthening ties to their counterparts in the Iraqi government, while leaving Iran to pay the price of tightened sanctions.

Cavusoglu arrived on Sunday, April 29 in Baghdad. There, he held talks with Iraqi Prime Minister Adil Abdul-Mahdi, as well as other senior officials.

As part of the new deal, the Turkish foreign minister emphasized that Turkey and the Kurdistan Regional Government (KRG) will act together in countering terrorism in the region. The talks were based on growth opportunities to be opened in the governments’ common business and political relations.

Turkey decided to look to Iraq, with all areas and groups there, to develop its business relations, after sanctions were tightened on Iranian oil for major importers. Turkey is looking for new ways to buy more oil from Iraq instead of from Iran due to American sanctions. Turkey’s natural gas needs have largely come from Iran, Russia, and Azerbaijan.

The long-term relationship between Turkey and Iraq has had its ups and downs. But it entered a new phase as the two nations have common interests and are both being embattled by terrorism.

At least 319 people have been killed in ISIS terror attacks in Turkey, while many thousands are buried in mass graves across Iraq, where the “Islamic State” targeted civilians in suicide bomb, rocket, and gun attacks.

Recent developments in northern Iraq and Kirkuk once again exposed the Islamic Republic of Iran’s militaristic role in the region and damaged its relations with Turkey. The Khomeinist regime is now weaker than ever in the power role it plays in the region.

Finally, financial interests and the end of sanctions waivers led Turkey to revise its relationship with the Islamic regime in Tehran, although Iran supported the regime in Ankara during the 2016 failed coup.

The sanctions are affecting Iran’s economy. The regime is under pressure by both international isolation and internal uprisings, as reaction follows from the problems of the failed economy, long-term drought, and recent deadly floods.

In the process of weakening, the Tehran regime is losing its leadership in the regional competition for business and strategic development. Meanwhile, Turkey is trying to strengthen its own power base in the region. And so, after meeting with Basra’s governor, Cavusoglu said on his Twitter account that Ankara “will establish a trade corridor” to Iraq’s biggest oil hub, in Turkey’s search for new revenue and power deals.