I Was a Girl in the Nightmare of Sharia 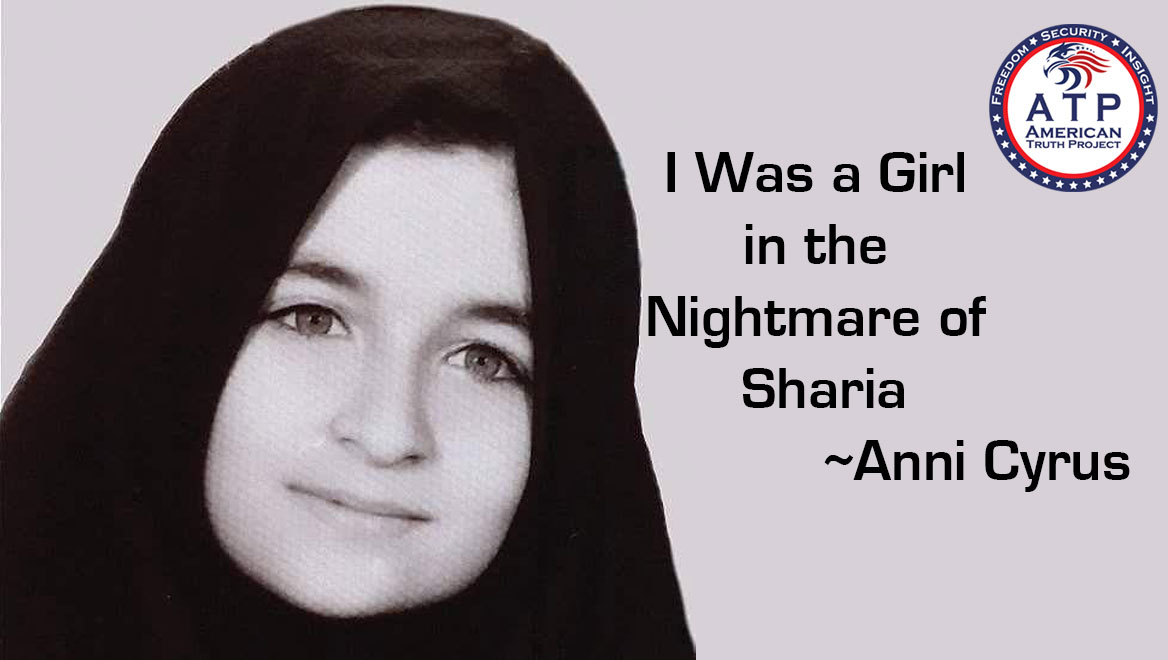 As a human rights activist, I focus on women and children‘s rights under Sharia, which would mainly apply to 90% of the Middle East. This role is one that came naturally to me, but not quite by choice. The reason is that I grew up as a girl who suffered under Sharia. And so, it is my duty to try to stop it from enslaving others. If I can help it, other women and girls might not have to suffer what I did.

I was born and raised in the Islamic Republic of Iran. I was born after the revolution and the Islamic takeover, so during my entire life, the country’s constitution was rule by Sharia. My father was a sheikh, which is a step higher than an imam. By that authority, he was an Islamic ruler.

So, even in my own home, I pretty much grew up entirely with Sharia, under the strict Islamic laws. Those laws included being forced to wear the hijab from an early age. And by the constitution of the country, I was legally called an adult woman by age nine, after which I became criminally accountable for my own actions, if I ever violated Sharia.

I had to obey everything that comes with Sharia, including the hijab, and doing the daily prayer routine. If jihad needed to be done, as a Muslim woman, I could not go out and commit jihad on my own. But if needed by the Islamic leaders, and if I was called upon, I would have to do it.

Also, by the law of the country, if my father decided to give me away or sell me off to a man in a pre-arranged marriage, even as a child bride, I would have to accept that. In fact, that was my case.  So around age 14, my father decided to marry me off. If that was not bad enough, my father the sheikh actually sold me to my husband. The price was $50! Then my life turned into hell on earth,  because he was abusive: mentally, physically, sexually, and in any way, shape or form that you can think of. I was abused constantly by my purchaser/husband.

So, when it reached a point that I could not take anymore, and I found a chance to slip out of the house, I made my way to the court, where I tried to get a divorce. But in the court, I discovered that under Sharia, because I was a woman, divorce was not legally possible. At that time, I was around age 15. I knew that my life was hopeless. I was going to die at the hands of that man, if I stayed in Iran. But legally, I could not leave him, and I could not leave the country, without his permission. By law, he was my guardian, because the legal marriage granted that role to him, after my father.

So, my only chance to live meant that I had to break the law, and to secretly escape and hide. My grandmother managed to arrange for someone to smuggle me out of the country. I was told that if spotted, I would need to just keep running, because they would shoot to kill, or they would bring me back and kill me. My options all ended in death. That is the law for a girl under Sharia.

But I did not get caught. I made it safely across the border into Turkey and became a resident refugee there. I applied for and was accepted under asylum status through the United Nations. But this also became a very dangerous time for me.

The UN protection status gave me some right to stay there in Turkey, as long as I followed their rules, which were not easy. But I had no rights to work in Turkey, and nothing to live on. If I was caught breaking any of Turkey’s laws, they could send me back. If Iranian agents ever found me, they could just take me back. And by this time, I had a legal death sentence by stoning waiting for me in the Islamic Republic of Iran, because my act of running away from there was ruled as adultery under Sharia. For those that don’t know what stoning is: they bury you standing up with only your head sticking out of the ground, and then heavy rocks are dropped on your head until you skull is crushed.

Over the next three years, through proper channels, I passed all of my asylum approvals, and made my way legally to America in 2002. In 2010, I became an American citizen. I will always remain a very proud American citizen, because America is what saved me.

And that brings me to the reason why I am a human rights activist now. I found a good life here. As a citizen, they can never send me back to Iran, to face death. Even before my citizenship, my legal status gave me permanent protection in America. But I wanted to be a full American citizen, to be completely part of my new home.  I don’t do any of this to get paperwork, or a green card, or citizenship. I have already had all of those wonderful benefits, for many years now.

But there are girls and women who are left behind. They are suffering, and not just in Iran. They are at risk under Sharia in all the Islamic countries. Some are even in danger while living in America, by the hidden law of Sharia that is carried on here by the Islamic Movement, in the mosques and the Islamic households. It is my duty to try to help save them. And it is my duty to try to save America, because America saved me.