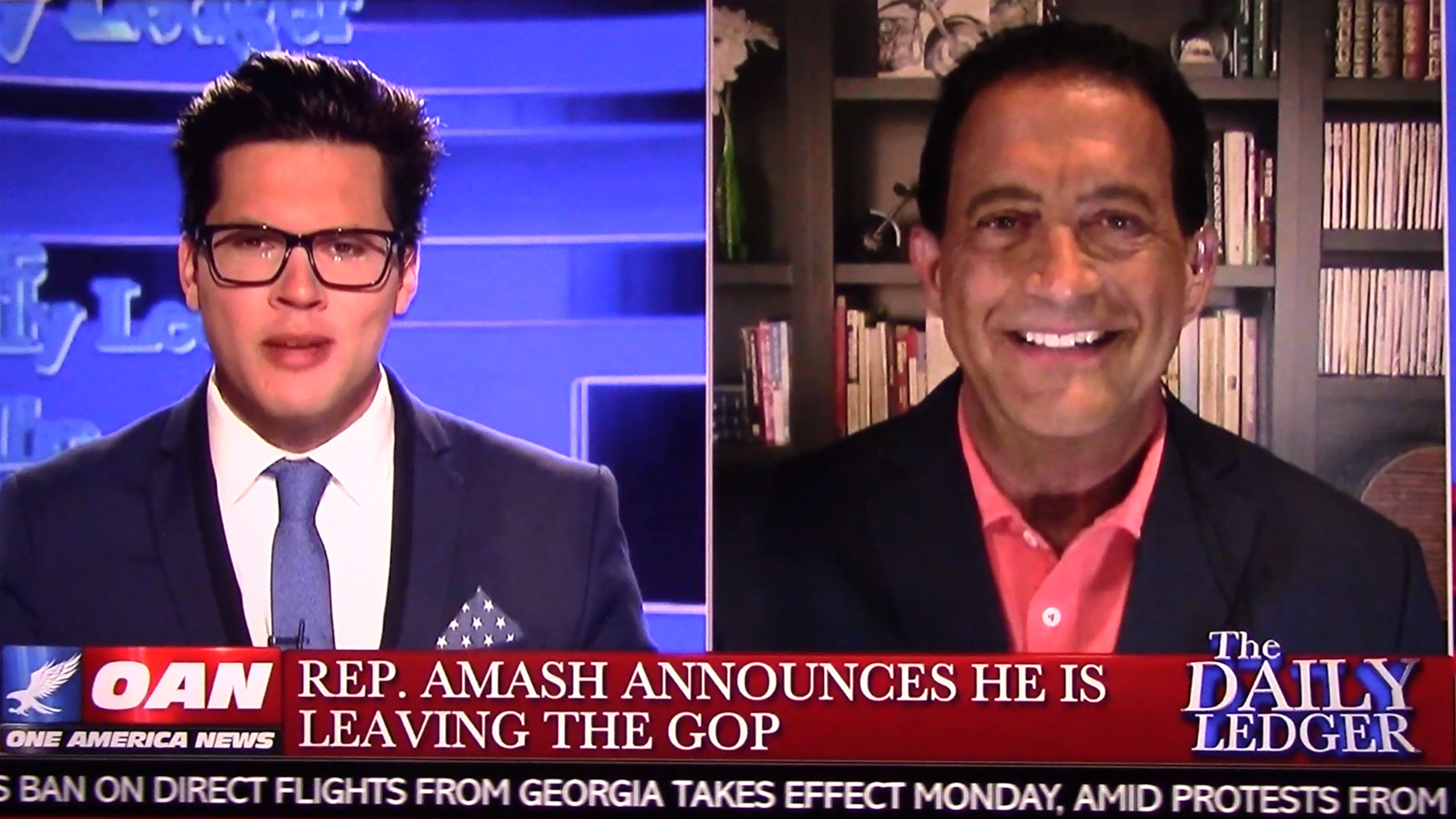 Alex Salvi: Page Six now. Michigan representative, Justin Amash, announces that he is leaving the Republican Party. On Thursday he claimed he’s become frightened by the party’s politics and says the two-party system is an existential threat to American principles. Joining me now, the founder of the American Truth Project, and Daily Ledger contributor, Barry Nussbaum. So, Barry, I just want to get right into this right now. Essentially, Justin Amash now just becomes another critic of President Trump instead of being that lone GOP lawmaker who is coming out against the president. So really, does this decision hurt him more than he may think?

Barry Nussbaum: Amash is effectively out as a Republican and his term in Congress will end in the primary in 2020. Alex, there are four people that have already signed up to primary against him. And my guess is one of those four, and there may be more coming, will beat him in the primary. Amash has a bunch of issues that are going to really hurt him in his ability to be re-elected. The first of which is he goes to The Washington Post, one of the most liberal papers in the country that by and large, publishes everything from the far left, nothing from the middle, and certainly nothing from the right to announce he’s leaving the party. Effectively on that minute that Washington Post editorial came out, his future in the Republican Party was dead. Number two, he talks about how party politics, for more or less is an existential threat to the future of America. This guy has got to read his history a little bit Alex. party politics have been part of America since we started America in the 1776 time period. The party names have changed a little bit. The party politics and party policies have changed a lot. But you can’t run without an affiliation. And he doesn’t realize that he just ended his political career. So, yeah, Donald Trump has got to put up with him for another year or so.

Alex Salvi: Right. And if this is a European style parliamentary system it would be a whole different story. But if you don’t have the backing of the Republican Party or even the Democrat Party, I mean, you don’t have funding, essentially. So that’s not going really well. And to prove your point too, the day before Peter Meyer actually announced that he was going to be primary Amash as well. So, I mean, and something tells me that the timing was by no means suspicious. But I do want to talk about what really led to this. And it was his call for impeachment against the president, making him the first Republican lawmaker to do so. If you were a Republican advising President Trump, are you welcoming impeachment calls, knowing that it may be damaging to the Democrat Party come 2020?

Barry Nussbaum: Ironically, and I know this sounds counterintuitive, Alex, an impeachment proceeding that is doomed to fail will help Donald Trump’s numbers in re-election time. If you go back to history, the last time this happened, which was Bill Clinton who was impeached by the House and not convicted by the Senate. In spite of the fact that he lied to Congress, in spite of the fact that massive impeachable offenses against him and by the time he left office after the Senate voted not to convict him, his numbers went up and his popularity was stronger than ever. And the reason is, quite simply, Americans want their politicians to go to Washington to solve problems, not to beat the heck out of the other side with a club. When the Republicans went after Clinton, in spite of the fact they were sure they had him, Clinton got more popular than ever and remained so for quite a bit after he left the presidency. If it happens to Donald Trump A: There’s not a chance on the planet the Senate will convict him. B: His numbers will go up and people in the close toss-up districts that literally can go either way will go down in defeat, every single one of them that votes for impeachment in the House. Why? Because what that means is, they’re not solving any of America’s problems. They’re not dealing with immigration. They’re not dealing with health care. They’re not dealing with Iran. They’re dealing with partisan politics and Americans don’t support that in mass. In fact, impeachment is not very popular nationwide in either party.

Alex Salvi: No, and I won’t say this very often, but I think the Democrat leadership agrees with you on this one. You see Nancy Pelosi and Jerry Nadler, they’re the ones who are kind of pumping the brakes on this impeachment process. It’s a lot of the freshmen lawmakers that are calling for it. So, I guess only time will tell in that regard until then. Barry, thank you very much.

Related Topics:Alex SalviDemocratsImpeachment
Up Next

War with Iran Is Close!