Freedom and Vigilance Against Islam 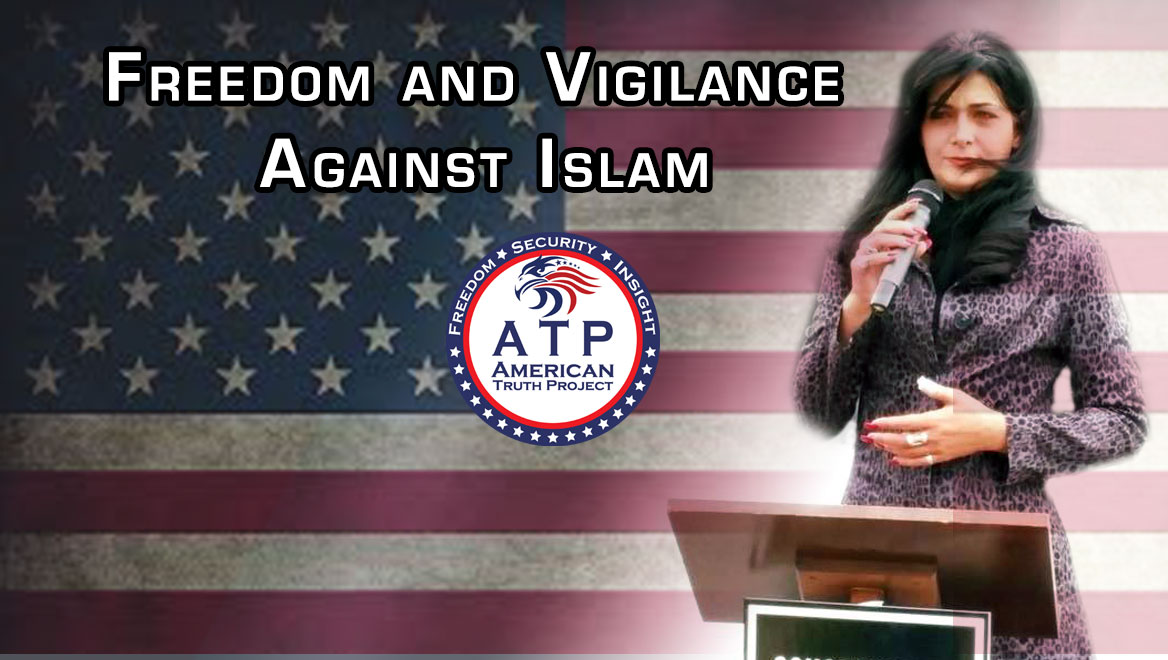 Will Iran ever become free? In a way, I don’t really want to risk predicting it, to be honest, because it is painful to think of the people suffering, with only false hope. I came from there. I was one of the lucky ones who got out. So, I am torn between having hopes of my people bringing themselves to freedom, and discouragement that this current decade’s protest movement will not end up being a real revolution as much as I want it to be. But I can help their struggle to at least live as a message for us to guard our own vigilance against Islam, here in the West.

Sadly, there is no way that the people of Iran can do this on their own. They don’t have the weapons to revolt with. They don’t have the money it takes. They don’t even have the open technology and media platforms on which to organize any effective mass resistance. At the very least, mass movements of change require a messaging platform. But in a totalitarian Islamic state, the forces of Islam keep a tight control over the narrative at all times.

Another obvious, tragic reality is that no other country is getting behind the people for change. The countries that do business with Islamic Iran just have too much to lose, because revolts are disruptive to their existing business deals. Unless nations cooperate to unify behind sanctions, then just a few countries who subvert sanctions will continue to keep the Islamic regime afloat, in pursuit of their own self-serving interests.

But hope comes in, because this people’s movement to end the Islamic regime is as big as it gets. The minimum effect that it has is that a lot of people are waking up others who are finally coming to understand that Islam is the problem. That awakening happens both inside Iran, and also outside, in places like America, where large Iranian populations live.

So many people are starting to realize that something is not quite right with Islam. They see the uprisings, and the harsh response from the Islamic regime to crush those uprisings. And they start to at least wonder, “How is it that millions of people are marching in the streets, saying we are done with this Islam?” Unlike Iran, no other country—not Egypt, Syria, Iraq, Afghanistan—none of them has ever seen protesters coming out in the streets, and openly saying, “No more Sharia!”

So the hunger of the people to free themselves from Islamic Law in Iran has always been a hidden desire. But now, it is coming out into the open. At first, they came out complaining about something else—the bad economy, women’s fashions, or whatever—even though in their hearts, they were just done with Islam. But then, the regime started to push back harshly to those simple complaints.

This is the first time that there are literally writings on the walls; people are chanting that they’re done with Sharia; that they don’t want to be forcefully enslaved as Muslims, in unquestioning obedience to the Islamic state. They are done with the Supreme Leader dictating how they must live their individual lives.

So that mass awakening to the oppression of Islam by state power is the minimum effect that the protests have. But it comes at a heavy price. Many people have died. Many people are still in prison. As early as 2017, the reports coming out from observers were that 4,700 people had been arrested over just the few months since the mass protests started.

4,700 is a huge number of people who were willing to put themselves on the line. Many of them have not survived. Arrest often turns into false charges, planted fake evidence against them, torture, maimings, disappearances—all sorts of brutality—often ending in death. So the fact that those people stood up to take that risk, it says a lot, as the high price they risked paying, simply for the rest of the world to wake up.

So in the face of that, it becomes an encouraging thing to see at least some people in the world who are looking at this movement, and saying, “OK, we should be supporting the people who are seeking to free themselves from Islam.” But which people are we seeing who feel that way? Not the Left. We see the total opposite response from people on the Left, who selectively claim they support social justice and women’s rights.

We see the Left completely ignoring this pure human rights and freedom movement, at best. And at worst, they are actively promoting the same Sharia adherence which has caused this problem for the Iranian people, and who want it gone.

It is so sickening and so cruel that people who enjoy living in free countries like the United States and Canada are promoting hijab fashion shows, and all other things Islamic. Those of us who are true human rights activists want to see freedom for the people of Iran. But in so many ways, we have to be vigilant to protect our own freedom here at home, first—because there are many among us who want to use the Iran regime’s same enslavement system, that is Islam, enforced by rules of Sharia, as a convenient weapon to wreck our own constitutional freedoms.

Previous Article
Trump’s Success in London Not Reported in U.S.!
Next Article
Iran Blows Up Ships in Gulf, No Retaliation Yet!!