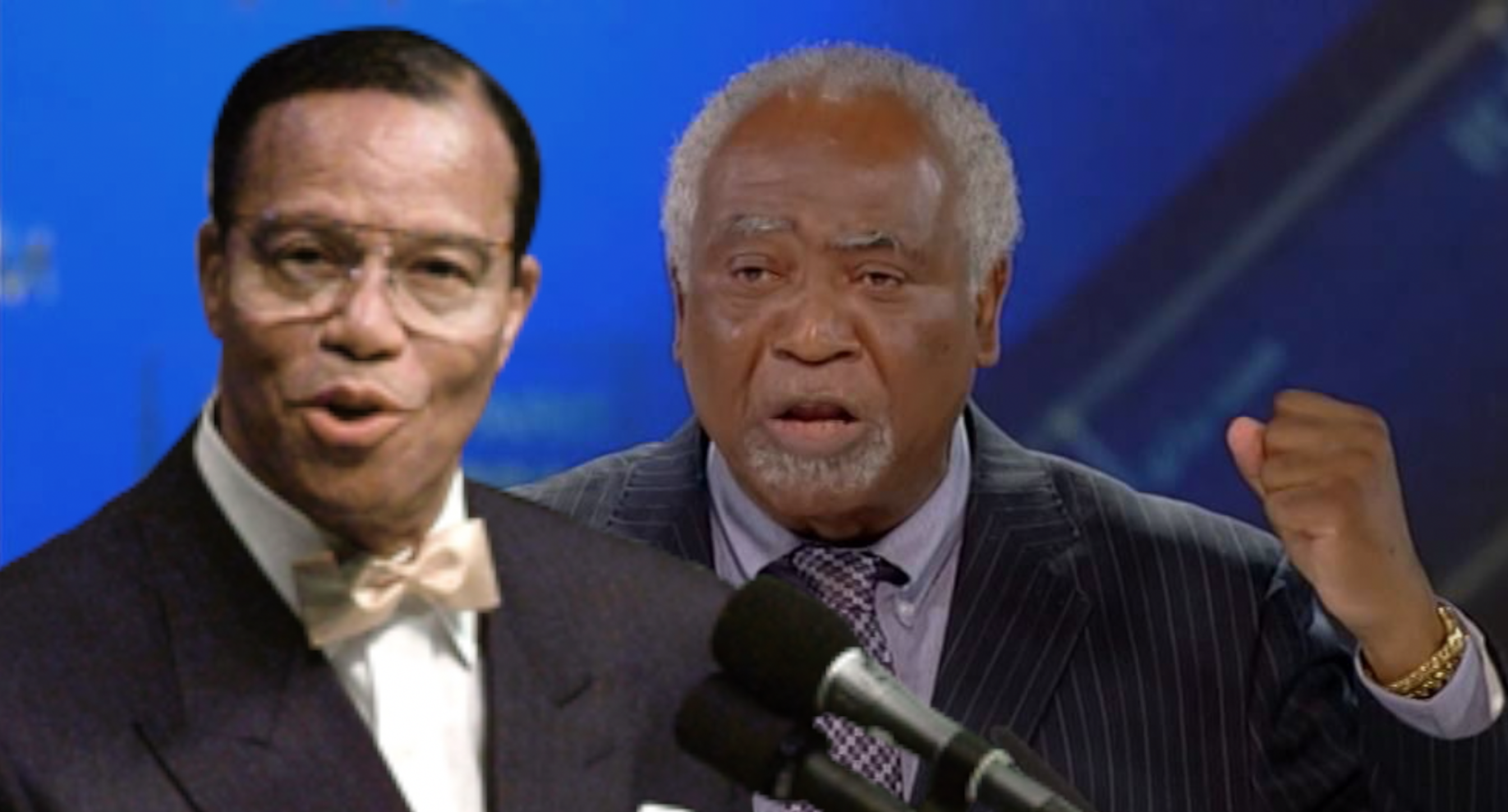 Here is what Farrakhan has said about Jews:

“You are wicked deceivers of the American people. You have sucked their blood. You are not real Jews, those of you that are not real Jews. You are the synagogue of Satan, and you have wrapped your tentacles around the U.S. government, and you are deceiving and sending this nation to hell.”
(Saviours’ Day Speech, Chicago, 2/25/96)

“Did you know that Jesus had a real problem with the Jewish community? They had power, the rabbis of that day, over the Roman authorities just as they have power today over our government.”
(Remarks at Indianapolis Convention Center, Indianapolis, Indiana, 12/1/13)

“In all of these cities on a Jewish holiday, business stops because they are the masters not only in America’s cities but in cities throughout Europe and the Western world.”
(The Time and What Must Be Done, Part 20: Making Satan Known, 5/25/13)

“The Jewish media has normalized sexual degeneracy, profanity, and all kinds of sin.”
(The Time and What Must Be Done, Part 20: Making Satan Known, 5/25/13)

“Now you know I’m going to be lambasted and called anti-Semitic… They’ll say Farrakhan was up to his old canards; he said Jews control Hollywood. Well, they said it themselves! Jews control the media. They said it themselves! Jews and some gentiles control the banking industry, international banks. They do! In Washington right next to the Holocaust Museum is the Federal Reserve where they print the money. Is that an accident?”
(Holy Day of Atonement Keynote Address, Part 2, Mosque Maryam, Chicago, Illinois, 10/21/12)

“In 100 years, they control movies, television, recording, publishing, commerce, radio, they own it all. Magazines. Why do you want all, everything?”
(Saviours’ Day Speech, Chicago, Illinois, 2/26/12)

“These false Jews promote the filth of Hollywood that is seeding the American people and the people of the world and bringing you down in moral strength. It’s the wicked Jews the false Jews that are promoting Lesbianism, homosexuality. It’s wicked Jews, false Jews that make it a crime for you to preach the word of God, then they call you homophobic.”
(Saviours’ Day Speech, Chicago, Illinois, 2/26/06)

Here is what Congressman Danny Davis said this week:

Where is the condemnation from the entire House of Representatives? So far…..nothing  but crickets.

Tags:
Previous Article
Reunited: The KGB & PLO
Next Article
Abbas to Putin: We Refuse to Cooperate In ANY Form With US Mediation