What Part of Iran Won’t Listen Doesn’t Team Biden Get? 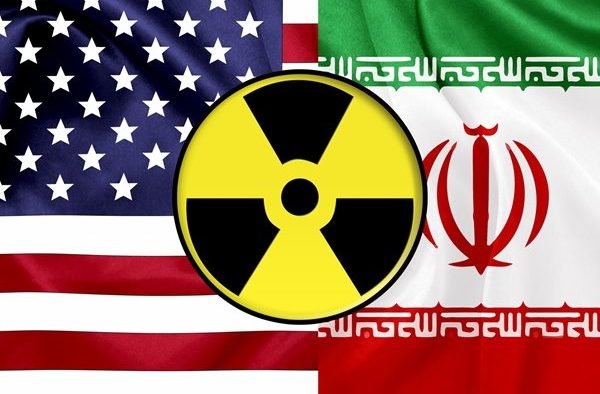 Days into the Biden-Harris administration, the outlines of its makeup and expected policies are coming into view. Many appointees are retreads from the Obama years: William Burns will head up the CIA, Jake Sullivan will be the new National Security Advisor, Anthony Blinken is the new Secretary of State, and his deputy is Wendy Sherman.

Unfortunately for those of us who care about Mideast security and stability, this line-up does not bode well for either.

Add Robert Malley to the mix as the Biden’s possible special envoy to Iran and affairs in the region soon could be troubled indeed.

To be sure, Blinken has sounded cautionary notes about dealing with Iran, saying on Jan. 20 of this year, 20 that Washington, D.C. is still "a long way" from reaching a new nuclear deal with Iran, despite Biden’s commitment to rejoining the Joint Comprehensive Plan of Action (JCPOA) as soon as possible.

Speaking before the U.S. Senate Foreign Relations Committee during his Jan. 19, confirmation hearing, Blinken soothingly promised to ensure that Iran would be "coming back into compliance with their obligations."

But what's left unspoken is the reality that the Tehran regime consistently has been violating not just the JCPOA but the Nuclear Non-Proliferation Treaty (NPT) to which it was an early signatory in 1970, and remains so to this day.

Even leaving aside the stunning revelations from the National Council of Resistance of Iran (NCRI) in August 2002 about heretofore secret sites of the regime’s nuclear weapons program, evidence continued to emerge.

For example, the November 2011 Board of Governors Report from the International Atomic Energy Agency (IAEA) reported in detail work Iran was conducting on nuclear warheads.

The Mossad’s 2016 heist out of Tehran of the archives of the Iranian nuclear weapons program revealed much more.

Agreements are clearly irrelevant: the evidence leaves no other conclusion but that Iran’s nuclear program has always been about getting the bomb with which to obliterate its enemies, beginning with Israel.

Since the July 2015 JCPOA, Iran steadily has been breaching its provisions: under the deal, Iran’s stockpile of low-enriched uranium is not supposed to exceed 202.8 kg — but as of November 2020, the stockpile stood at 2442.9 kg.

In early January 2021, the Iranian government announced that it had resumed enriching uranium up to 20% at the underground Fordow enrichment site (a facility that is banned under the JCPOA from conducting uranium enrichment).

Iran also has been violating JCPOA terms on advanced centrifuges.

A January 2021 report from the Institute for Science and International Security (ISIS) described construction of a new, large-scale underground centrifuge assembly facility at Natanz, the site of a July 2020 blast that destroyed the previous above-ground facility.

ISIS president David Albright warns that the Islamic Republic’s "breakout time" to a nuclear bomb could be cut to mere weeks, depending on variables including how many advanced centrifuges are put to the task.

Another variable is how many advanced centrifuges might be spinning away at secret sites, closed to IAEA prying eyes.

A Jan. 13, 2021 report from The Wall Street Journal added to the concern, citing an IAEA report that Iran was taking steps to produce uranium metal— used to build the core of a nuclear weapon—at a site near Isfahan.

All of which is to say that "rejoining" the Iran nuclear deal, much as Biden or European partners might like to, will be no simple step.

Indeed, according to Jan. 20, 2021 reporting from Reuters, Iranian President Hassan Rouhani told a cabinet meeting that "The ball is in the U.S. court now. If Washington returns to Iran’s 2015 nuclear deal, we will also fully respect our commitments under the pact."

What the Iranian regime really wants from the Biden administration is a lifting of sanctions imposed by President Trump after the U.S. withdrawal from the pact in May 2018.

It should be noted that financial inducements were not used to improve the well-being of the Iranian people then, nor would a repeat infusion be likely to do so this time.

Rather, now as then, the Islamic Republic seems emboldened by the prospect of a compliant U.S. administration.

Jan. 4, 2021, the IRGC navy seized a South Korean tanker near the Strait of Hormuz; reportedly, Tehran seeks the release by Seoul of frozen Iranian funds.

On Jan. 13, 2021, an Iraqi Hezbollah Brigades Commander offered on Telegram to "offer counsel and training" to "liberation movements" within the U.S.

On Jan. 16, the regime launched anti-warship ballistic missiles at a simulated target in the Indian Ocean (landing 20 miles from a commercial ship and 100 miles from the USS Nimitz aircraft carrier). Newsweek reported mid-January 2021 that the IRGC had positioned so-called "suicide drones" in northern Yemen, capable of reaching as far as Israel.

Whether bluster to extort concessions from a White House team widely viewed as weak on Iran or opening salvos to buttress secret talks almost surely already in progress, Iran’s behavior must be confronted firmly and soon.

Biden admin statements in support of the Abraham Accords, the move of the U.S. Embassy to Jerusalem, and caution regarding the JCPOA, are all well and good; but other early statements opposing the terrorist designation of the Houthis and declaring that arms sales to Saudi Arabia will be curtailed cannot but bolster Tehran’s confidence that a return to the "good old days" of the Obama administration is just around the corner.

The real danger in allowing a perception of weakness to take hold this early on is that regional U.S. friends, allies, and partners may well feel left adrift.

What steps they may then take in uncoordinated efforts at self-defense could prove badly destabilizing.

The Tehran regime, in fact, is in a weakened state after four years of Trump’s "maximum pressure" campaign.

The Biden team would do well to build on that to stop Tehran’s regional support for terrorism and halt its drive for the bomb.

Clare M. Lopez is the Founder/President of Lopez Liberty LLC, a former career operations officer with the CIA, and a Senior Analyst for Ravenna Associates, a strategic corporate communications firm.