Palestinian President Abbas Continues the Slap in the Face of President Trump! 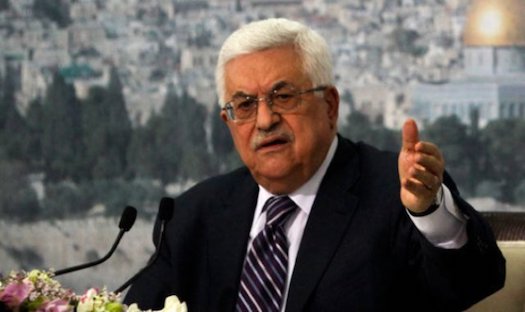 When they met in the White House, Palestinian President Abbas promised President Trump that his government would stop paying terrorists who kill or try to kill Israeli Jews. Mahmoud Abbas had pledged not to stop paying salaries to imprisoned Palestinian terrorists and to the families of so-called “martyrs,” who are in reality terrorists killed while committing attacks. Now his promise to Trump is officially over.

Abbas’ Fatah Movement quoted him on their Facebook page as saying “I will not compromise on the salary  of a martyr, shahid, or a prisoner, as I am the president of the entire Palestinian people.”

Do you care to guess how much money is spent yearly on this disgusting practice?

According to its 2016 budget, the PA pays 26,800 families of “martyrs” a total of $183 million per year, and 6,500 terrorist prisoners receive PA salaries amounting to $135 million a year. The United States gives the Palestinian Authority approximately $325 million yearly.

The United States is supporting this terror funding!

Previous Article
Because You Asked: Why Did Canada Give a Terrorist $10million
Next Article
Palestinian Video Proves Chairman Abbas Lied to President Trump!