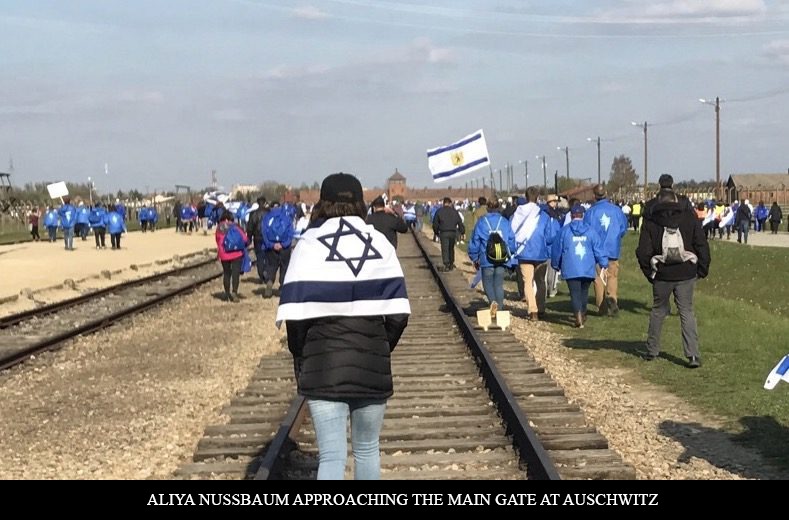 In a moving speech honoring Holocaust Remembrance Day, President Trump declared, “On Yom HaShoah, we look back at the darkest chapter of human history. We mourn, we remember, we pray, and we pledge: Never again. I say it, never again.”

Trump also spoke about the achievements of the state of Israel and about the importance of combating antisemitism.

“Today, only decades removed from the Holocaust, we see a great nation risen from the desert and we see a proud Star of David waving above the State of Israel.” he said. “That star is a symbol of Jewish perseverance. It’s a monument to unyielding strength. We recall the famous words attributed to Theodor Herzl: ‘If you will, it is no dream. If you will it, it is no dream.’”

Today to pay tribute to the survival of her people, and to honor her grandparents Emery and Eleanor Nussbaum who survived Auschwitz, our daughter Aliya Nussbaum is one of the 12,000 who are marching through the front gates of Auschwitz. Emery and Eleanor are my parents. Sadly, my grandparents and uncle are still at Auschwitz,  mixed in the ashes of the millions who were murdered there.

Previous Article
Because You Asked: Why Did Fox News Fire Bill O’Reilly?
Next Article
The Truth Report: The Truth About North Korea Threatening America