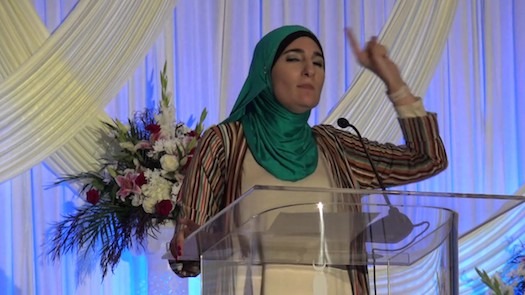 As if she has not already gone too far by attacking Jews and Zionism, wishing she could take away certain women’s vaginas (seriously), and calling for implementation of Sharia in America, now comes her most audacious statement yet!

Speaking at the Annual Islamic Society of North America (ISNA) Convention in Chicago,  Sarsour declared her hope “that Allah accepts” fighting against the Trump administration “as a form of jihad!”

Previous Article
Because You Asked: Who Are the Kurds And Do They Practice Sharia Like the Arabs?
Next Article
Imam’s Sermon in Jerusalem…”Kill All of the Americans…Annihilate Them”