Does Islam Control The Political Left? 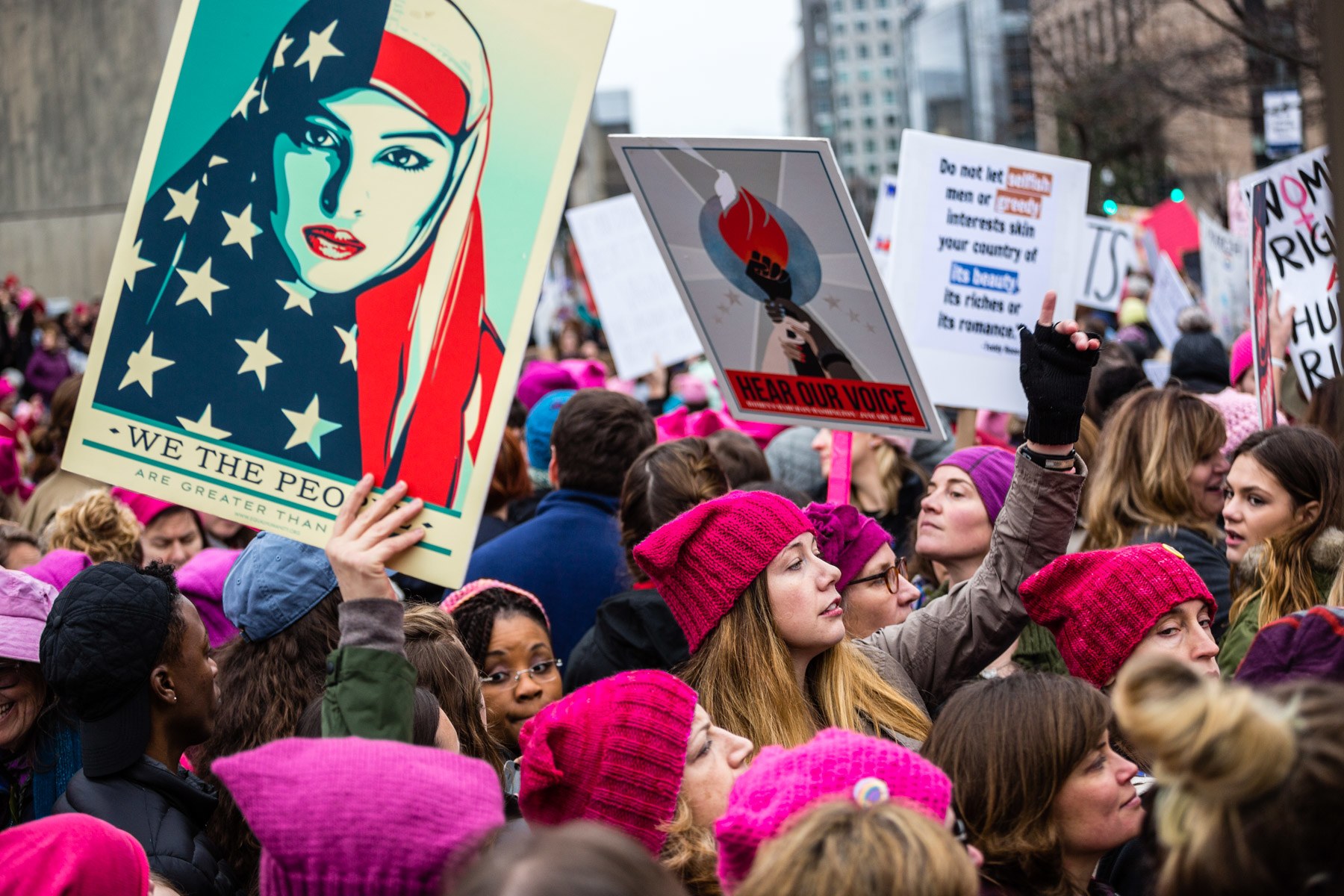 I am a very proud American and I can officially say I have spent more time in America than I did in my homeland of Iran. America is now my home and I am grateful.  What scares me now though, is watching parts of the American Left openly reinforcing the Islamic attacks on America and Israel, our only ally in Middle East.

So Why is this article entitled “Does Islam Control The Political Left?”

Think about, for whom do many on the Left have more tolerance?

The only functioning democracy in the Middle East or the expansion of Islamic Political Nationalism?

The answer is easy. For the love of God, Leftists kick people out of rallies who carry the flag that represents Israel.  They regularly condemn the actions of Israel and say little of the oppressive Middle East governments. Then, they have the audacity to walk around saying that they are all about love and tolerance and the need to coexist.

In order to get the bigger picture, let’s go back in time for a moment. 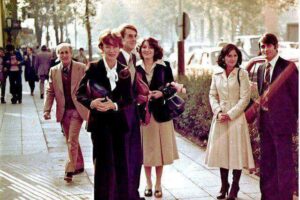 In the Islamic Republic of Iran, before 1979, Iran was called the “Mini America.” If you Google Iran before 1979, you begin to realize how very Westernized women were. Women wore skirts, tank tops and were able to wear makeup.

There were no hijabs.

Women were teachers. We had women in every position of government and it was inspiring.  We had the freedom you take for granted here. 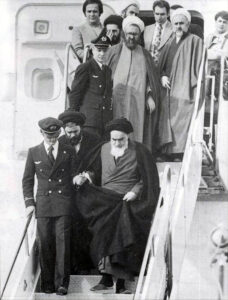 Sadly, and tragically in 1979 Ayatollah Khomeini came in to power in Iran. He hijacked the Revolution and turned the country into Islamic country.  Among his first mandates was that all women must wear the hijab. It was mandatory – no exceptions!

In response, the Iranian Sharia Court handed down a new law:

After the new mandate went into effect, if a woman was walking down the street without a hijab, the police would stop her and pin the hijab onto her forehead with a safety pin. Literally. Pin it on her forehead. That is not a story. That is a fact that caused tremendous pain and scarring.

If a woman not wearing full pants, if she dared to wear a dress or skirt, she would suffer a fate like one straight out of the once popular competition television show “Fear Factor”.  Only this was no volunteer competition to win cash and prizes.

It was a reality, the punishment would be someone’s worse nightmare. They would forcibly grab their leg and shove a bag of live cockroaches up her leg into her vagina. That is what they did to my people!! 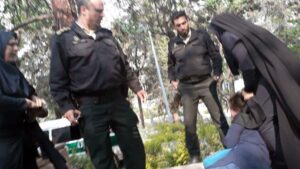 Iranian girl being dragged by her hair by “morality” police .

In time, no one dared walk out of their apartment without a full hijab.

Next came the order that women could not wear makeup. Sharia enforcers would have napkins or cloth with them and wipe the lipstick or the makeup off women they saw who dared wear it in public.

The powerful Islamic leaders in Iran were and are ruthless. They have absolutely no code of honor, they don’t care!  That is how they took control over my country.

Now some may argue that this was several decades ago, and that is not happening now. Wrong!! Let’s fast forward to my life and my story:

I was age 11, walking home from school with a friend of mine. We were walking and whispering because we were not supposed to be loud.  All of a sudden, I felt my head being jerked backwards and heard a single sound of a snip. 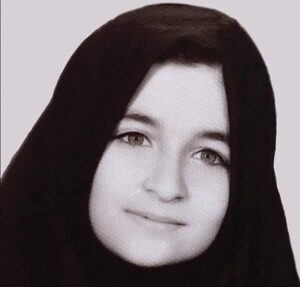 This is me at age 8, In Islamic Republic of Iran

I turned to find a Sharia enforcement woman holding my hair. She literally cut off my hair!!

Why? As we were walking, it turns out that a bit of my hair accidentally had fallen lower than my scarf.  It was showing from under my hijab. She grabbed it, cut it with a scissors and I could not say a word.

I stood there watching the woman standing there with my hair in her hands and I could not say a word.  But inside, I said, screw you, I will regrow my hair.

I never let Sharia take me, I resisted as much as possible silently in my heart., it was my only means of survival.

That’s how they do it! They break you into submission!

Now we have Linda Sarsour, Madonna, Ashley Judd, Scarlett Johansson and others who are just dying to go to the Middle East because women have so many “rights”.

They could not be more wrong.

I dare them to go to the Middle East, to go to Iran, Iraq, Saudi Arabia, Kuwait, Qatar; any of those countries.  I dare you, Ashley Judd, to go to any those countries and speak out against the government. I dare you!! See what happens. You won’t be able to see another day of being a “nasty” woman.

Obviously, they have no idea what not having rights means. But I do.

That is why I am holding on to them tight. That is what I wake up every day thinking, “What else can I teach my fellow humans? What more can I do?” Anything to stop what happened in Iran to never happen here!

They have no idea what it means to be oppressed. Not a clue!!

No one would prevent their daddy from selling his daughter to whomever comes first to buy her. For those that don’t know. I was sold. By my father. For $50. But that is a story for another time.

Let’s for a minute not care about Sharia, Isis, Khomeini, or terror attacks. Let’s not even care about the prophet of Islam.  Put it all aside.  Let’s go to the source.

Have you read the Quran? If not, you must do so! It’s the only way for you to understand the source of this Islamic war against humanity and for you to be informed about what your enemy believes and wants to enforce upon you.

I have said it before, when describing Sharia and Islam.  They are like a time machine.  Instead of going forward, however, they want to go back 1000 years.  They come and they conquer and boom, you find yourself without even the right to choose your own clothes – let alone the right to freely speak.

So, why do so many on the Left tolerate them if not help them by shutting down discussion of the truth?

They do not not talk about Israel and the good it represents. They refuse to talk about the bad of Islam because Muslims’ feelings may get hurt. They refuse open conversation even while the next moment devoted followers of Islam blow up things and kill people.

I hope I scared you a little bit. If so, please get more educated. Please discover the truth about Islam. Read the Quran. It’s on Amazon in English. Here is a link: The Quran (Sahih International). It will scare you to death….and hopefully enough to tell others to read it as well.

I want to stand up to that.

This isn’t me being brave.

This isn’t me being courageous.

This is me being terrified.

I fight because I am terrified of those days coming back to me.

I live for this fight because I love the freedom that I earned.