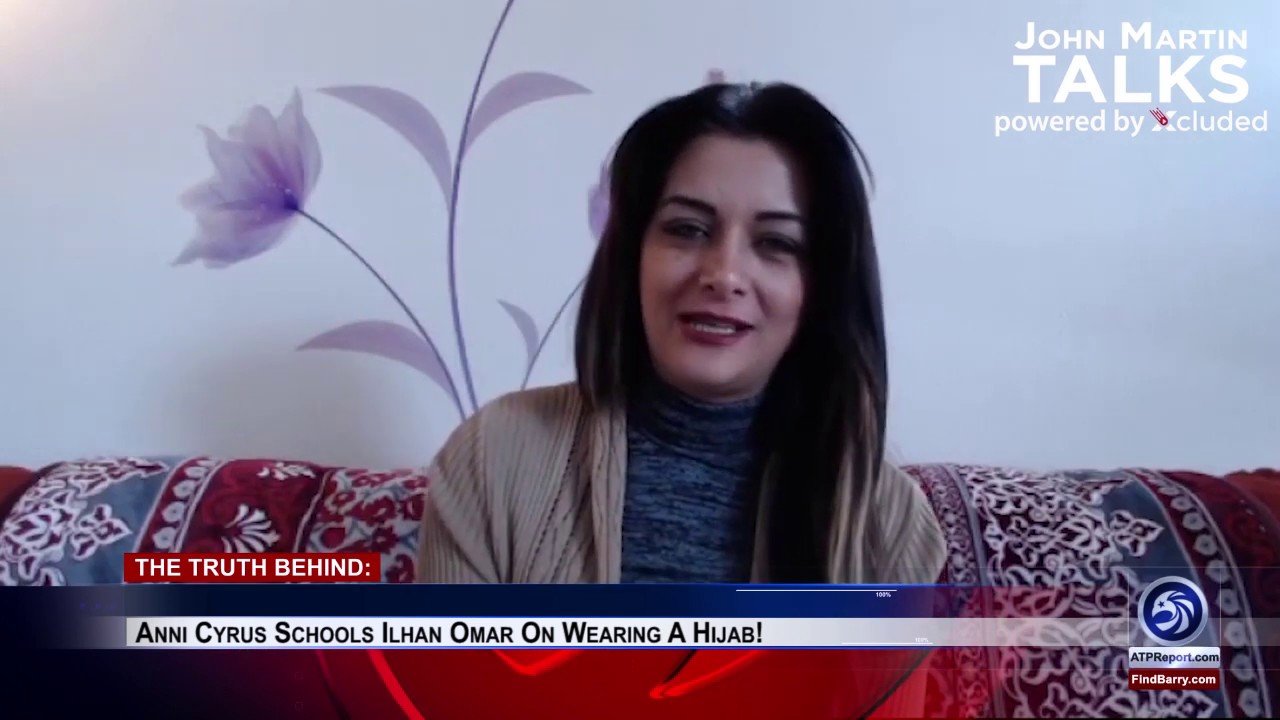 John Martin: I mean you have to think that she’s a reasonably intelligent person Omar, but can she not see the irony in the fact that the very thing she’s able to do here in this grand country we call the United States of America, she would literally probably be killed in Somalia for the same thing basically, speaking her mind and that kind of thing that doesn’t happen in Somalia the last time I checked.

Aynaz Anni Cyrus: Well here’s the thing I hate to say this, but I don’t consider her somewhat intelligent. Reason: she fought so hard and made a hundred eighty-one-year-old law to be lifted so she could go to work every day wearing a head scarf being her hijab. an intelligent woman, like myself would find the first opportunity to take that thing off. Why? That thing represents the ultimate oppression of a woman because in Quran Chapter 33 verse 59 says wear your hijab so you will be known and not be sexually abused. A representation of a head cover under Islam in Quran is you wrap your head, or you deserve to be raped. An intelligent woman wouldn’t bow to that. Let alone force the law of a country out of her way to continue representing that oppression.

John Martin: Wow. That and that is very powerful. I appreciate that.