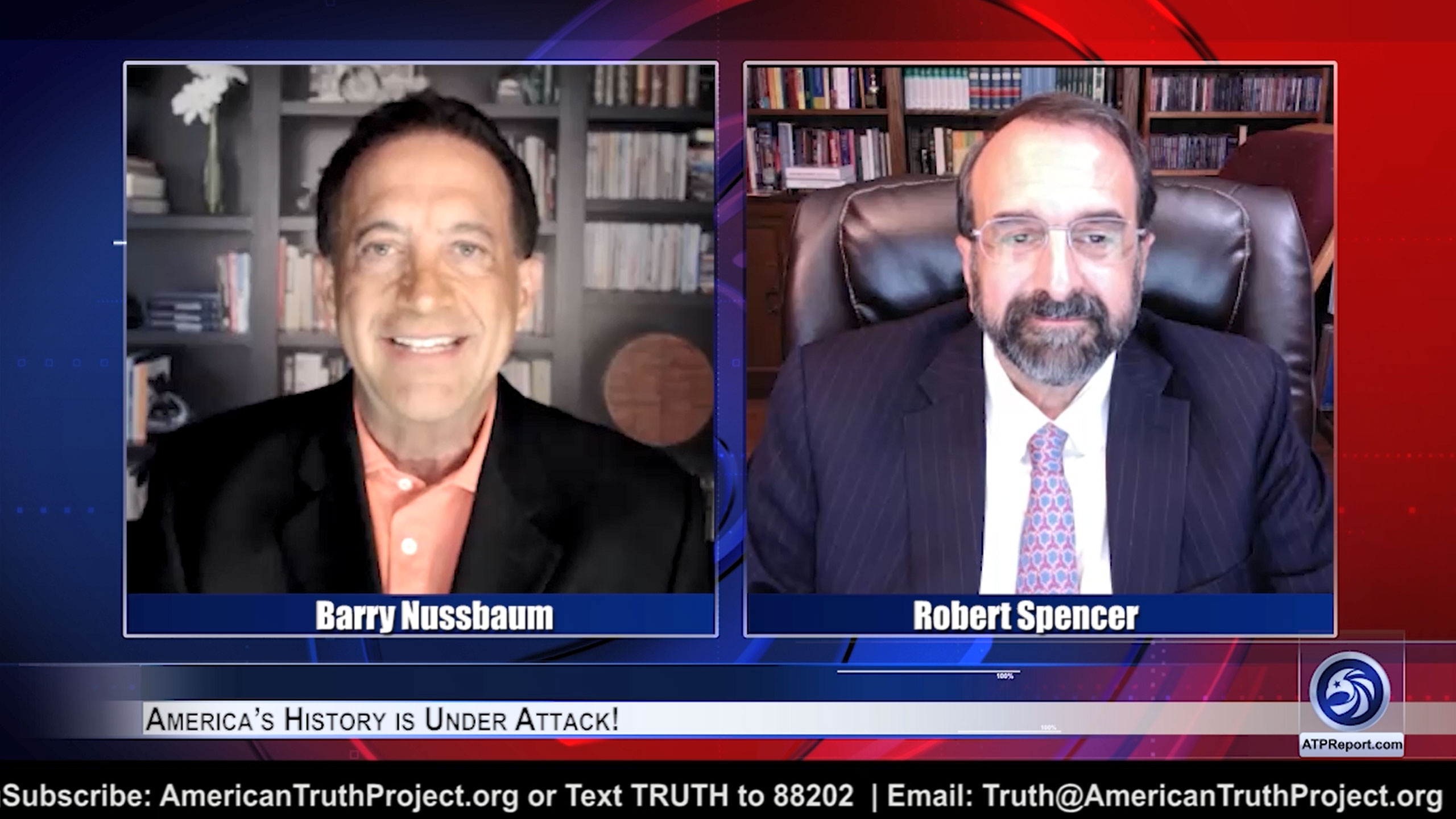 Barry Nussbaum: Welcome to ATP Report. I’m your host, Barry Nussbaum. We have a wonderful special guest today. Robert Spencer is going to join us. As many of you know, Robert is a scholar on Islam and Islamists, both domestic and international. He is the author of nearly two dozen books. He’s the creator and boss of Jihad Watch. Robert has a brand-new book out that we’re going to talk about today. The new book is titled Rating America’s Presidents. It is super relevant as we approach the election in just a few weeks. A very important topic for today. Welcome, Robert. Thanks for coming on.

Robert Spencer: It’s great to be here. Barry, to talk to you again. Always a pleasure.

Barry Nussbaum: Thank you so much for making the time. So, let’s start. I watched the interview that you did for the Freedom Center the other day. I was very intrigued by something that I remember learning about in college a zillion years ago: Who is writing our history. Because, as you make the point quite clearly, history is facts. However, it depends on who’s writing it down and who is telling the story later.

Some very prominent people lately have said that even though it may not seem true today, President Trump might be well remembered in history, and Barack Obama maybe not so much. But as you say, history is often written by the victors. Those are the people that make the things that we remember written down in a way that they are then told and taught. I’m concerned. You make the point about Leftists running academia. Who’s going to write our history, and what’s it going to sound like?

Robert Spencer: Well, history is written by the victor’s Barry. So, it depends on who wins this impending new civil war that it looks like we’re facing. The Left certainly understands the adage he who controls the past controls the present, and he who controls the present controls the future in a way that I don’t think that patriots understand it. Consequently, they have been able to take control of the academic establishment virtually with an ironclad grip such that they have written all both academic and popular histories for Americans over the last few decades.

They have raised a whole generation of Americans who believe that the Founding Fathers were essentially racist, slave-owning hate mongers, and imperialist colonialists. Not to be respected, not to be revered, certainly, and they have been taught to essentially hate their own country, hate their own history, their own heritage, and the end game is very clear. If you don’t like America, you’re not going to fight to defend it. If America is under attack, which can come in all kinds of forms, and I think that it’s unarguable that America is under attack today, you’re not going to work to try to preserve, protect and defend it. So, the war for history is all-important.

People generally think of history as dates and memorizing things and dusty books and boring classes in school and so on. I hope that the last few months have awakened Americans to the fact that history is much more than that, and particularly the Left’s full out assault on our heritage, pulling down statues.

First, they said they were just going to go after the racists, the confederates, and the slave owners. Then, just as President Trump predicted, they started to go after the Founding Fathers, Washington, Jefferson, and even abolitionists like Abraham Lincoln and Ulysses Grant, as well as Frederick Douglass himself. All had there were statues pulled down a few months ago. It was clear that this is an attempt to ultimately destroy America and that it is all-important to fight back in this arena.

Barry Nussbaum: Let me stop you there because I had written some notes, and you are literally reading my mind as far as the next appropriate follow-up question. Robert, I think what you just said is it is not just to change people’s minds about history, but actually to disconnect people from our history with an idea in mind of destroying the very fabric of what we understand America was.

Robert Spencer: Yeah, that’s quite right. To create a disconnect is well put. Because this also is an effort that’s been going on for quite a long time. I can give you an example, actually, from the 1980s, a long time ago now, although it seems like yesterday. I was actually, for a short period of time, teaching high school. One of the things that I taught was high school music.

Anyway, the point is, that I was talking about the great ragtime composer Scott Joplin, who was born in Missouri in 1868, a black American. I put up on the blackboard Scott Joplin, American born 1868, died 1917, the usual sort of school-teacher things. A girl in the class, who was also a black American, said, “Wait a minute, you’re saying he was American?” I thought, what? What do you think, he was Swedish? He was born in Missouri.

But what she meant was because he was a black man, he was not really an American. Now, that was in the 1980s. That position, that assumption has only intensified over the decades. It is a direct result of this miseducation and propaganda that’s been fed to our students.

Barry Nussbaum: It’s gotten way worse, my friend, for the last 40 years. So, Trump became very famous for his phrase America First. As I listened to your speech the other day, you talk about that as if he really hit upon something that resonated in the 2016 election cycle. What do you make of the phrase America First? Does that mean that we don’t care about the world? Do we only care about America? What’s your interpretation?

Robert Spencer: This is very important, Barry. Thank you. Because America First is a phrase that has been unjustly maligned, misunderstood, misinterpreted, and misrepresented. Now, part of that is not malicious. Part of that is due to the result of unfortunate historical circumstances.

For one thing, in 1939, when the war in Europe started, that turned into World War II, the United States was not in it. Didn’t get in it until December 7th, 1941, when the Japanese bombed Pearl Harbor. From 1939 to 1941, there was an America First Committee. It was called.

They wanted to keep us out of the war. There were arguments for keeping us out of the war, but when you have such a monstrous regime as Hitler’s in Europe, it becomes very hard to sustain that. Even worse, Charles Lindbergh, the famous aviator, was involved in the America First Committee, and he spoke sympathetically about Hitler.

People tended to associate the phrase America First with irresponsible isolationism, xenophobia, and even anti-Semitism. Now, there is no necessary connection at all. When the President said America First, he talked about just that, putting America and Americans before other considerations.

Which is something that the President of the United States, whoever he is, ought to take for granted as being one of the first things that he ought to do. He is here to benefit America and Americans. He is not there for the benefit of France, Saudi Arabia, or any other country.

Now, this also does not mean that we don’t have alliances. It does mean that the alliances need to be mutually beneficial and are not just instances of the U.S. pouring out our money and resources on behalf of a nation that is actively hostile in some cases. This is what we see right now with Pakistan particularly. They have received billions of dollars in American aid since 9/11. Yet they have been implicated multiple times, the Pakistani government that is, in jihadi terror activity. That is not an alliance.

Robert Spencer: Yeah, you know that world’s policeman expression. I remember hearing that from my father when I was about six. It puzzled me even then. I mean, he was presenting it as a noble thing, a great thing, that America had this tremendous responsibility in the world.

Obviously, if you carried that principle out to its logical conclusion, you’re going to drain the United States’ resources in many cases for no good purpose. I’m speaking very specifically here. For example, in Somalia, in the 1990s. George H.W. Bush got us involved in Somalia.

There was no conceivable national interest there. There was absolutely no benefit that would accrue to the United States for our military being involved in Somalia. Then it got even worse because when the Black Hawk incident took place and one of our helicopters was downed. Then the corpses were dragged through the streets in Mogadishu. Bill Clinton pulled our troops out right away. I was all for the troops getting out because they shouldn’t have been there in the first place.

But the way he got them out was so precipitous and cowardly that Osama bin Laden noticed and said now is the time to step up the jihad because look how the Americans cut and run when they had a little incident in Somalia. So, the whole thing was ill-conceived and had tremendously negative consequences.

I think it’s exhibit A of why we are not and should not be the world’s policeman. It’s not our responsibility to make sure that Somalia is okay. It is a drain on our own resources to devote any of them to doing so.

Barry Nussbaum: Got it. Robert, tell people who are watching today how they can get in touch with you, where they can find your book and where they can keep up with all the stuff you produce.

Robert Spencer: Yeah, Rating America’s Presidents is at Amazon. It’s at Barnesandnoble.com. It should be at any brick and mortar bookstore if any of those still exist. If they don’t have it ask them to order it. I know a lot of them will be terrible Leftists, but you might mention something like the First Amendment or something of that kind. You’re right to read whatever you want to read. That they are businessmen, and your money is just as green as anybody else’s. I am at jihadwatch.org and JihadWatchRS on Twitter.

Barry Nussbaum: Perfect. For those of you out there that haven’t subscribed to our text message alert system, please take out your cell phones, type the word TRUTH to 88202. For ATP Report, I’m Barry Nussbaum.

Washington and Lincoln Were Great Presidents! 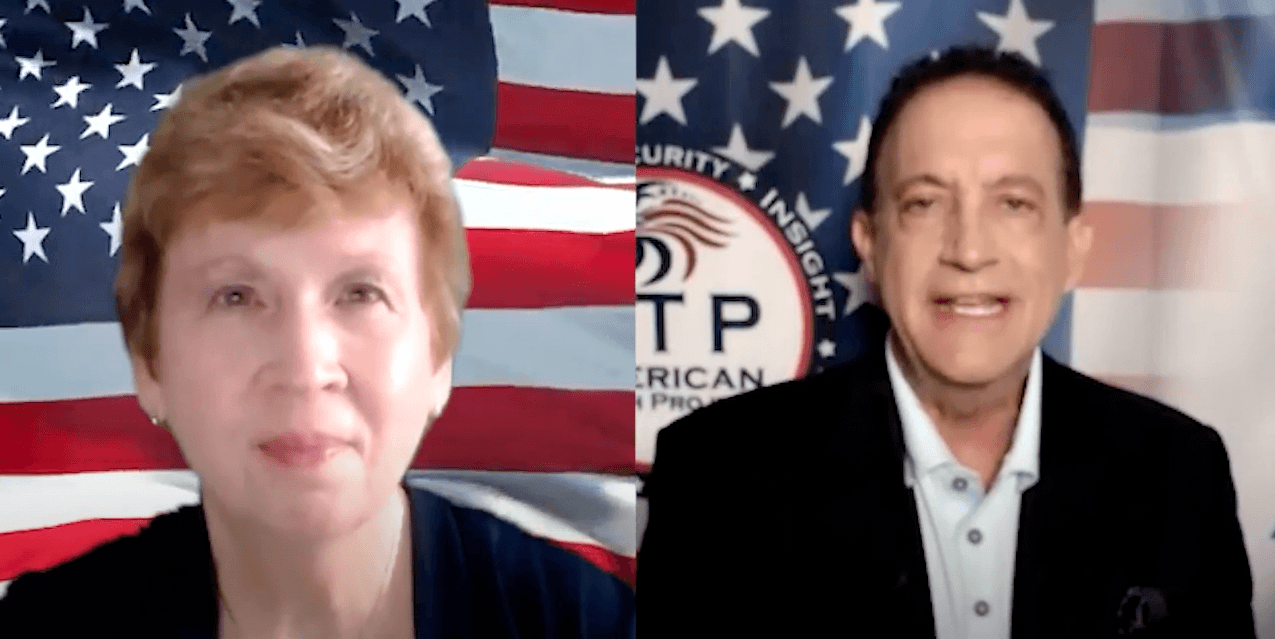