Yet Another Former Gitmo Resident Returns To Wage Terror! 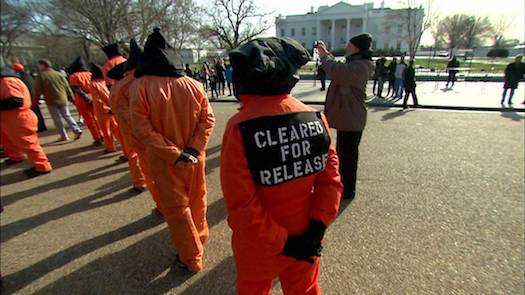 President Obama worked very hard to release all of the Gitmo prisoners. By the time he left office this year, he had released 653, leaving just 41 in custody. Here is the latest “success story” of the Obama release program:

Sabir Mahfouz Lahmar, 48, had first been captured by the U.S. in 2001, after a failed plot to blow up the U.S. Embassy in Sarajevo, Bosnia. He was held in Guantanamo Bay until Obama releases him in 2009. Lahmar, an Algerian, was deported to France. This week, however, he was arrested in Bordeaux by French authorities–having been suspected, along with three other men and two women, of recruiting for ISIS.
Of the 653 released by Obama, more than 30% is confirmed or suspected as having returned to terrorism–including Lahmar.