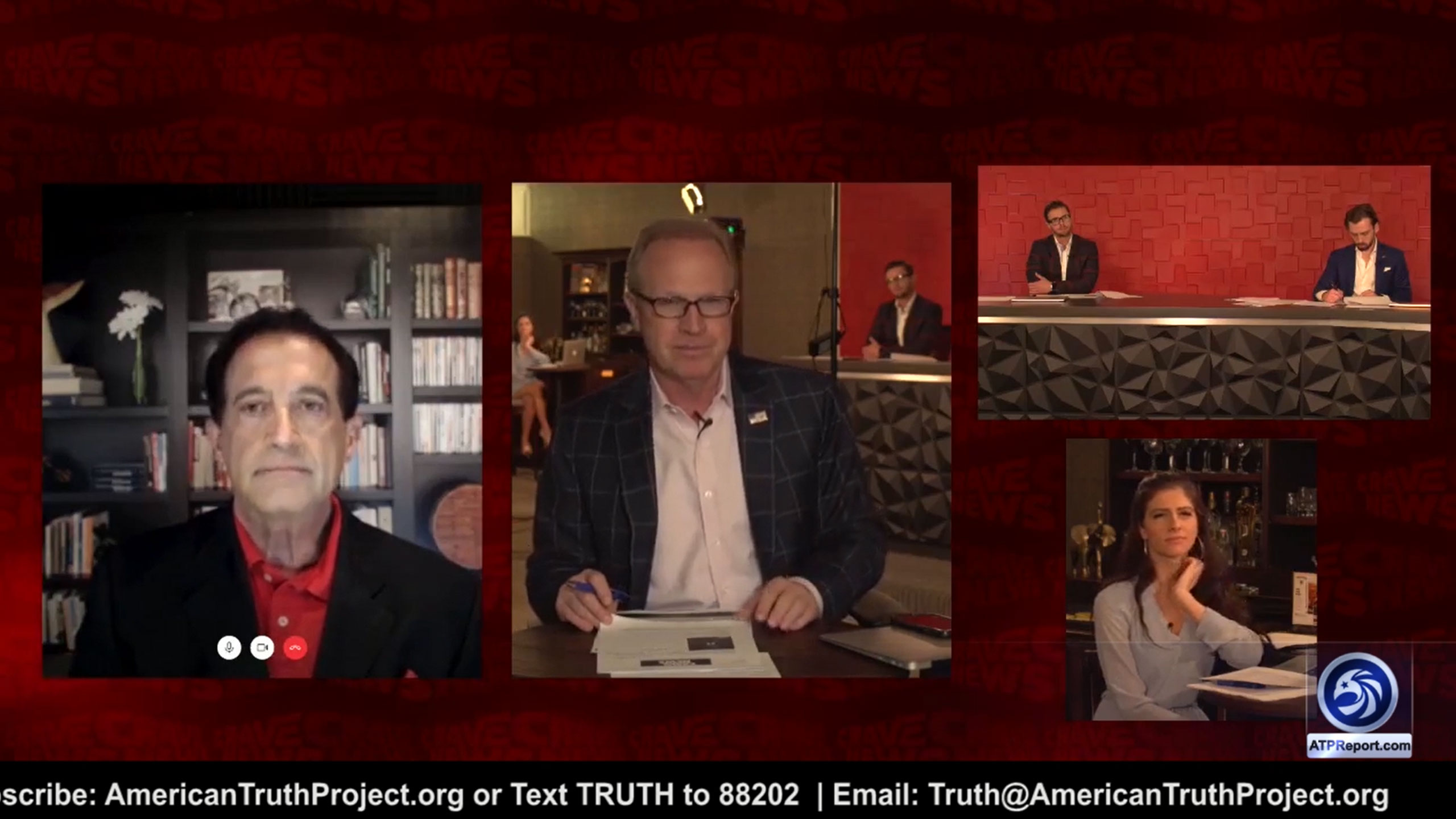 Kent Emmons: I think we’ve got on the line with us a guy that I absolutely love. His name is Barry Nussbaum. He’s an international security expert. He’s huge in politics. Been in it for about 40 years, and he’s also an attorney. From his underground lair in parts unknown, Barry, it’s great to have you with us.

Barry Nussbaum: Great to be with you, and congratulations on that tremendous launch of Crave Media.

Kent Emmons: Thanks, Barry. I appreciate it. You know It’s one of those things that we think has long been coming. You’ve got mainstream media out there that doesn’t report a lot of things that should be reported. These guys have to kind of kowtow to their advertisers and big corporate America and that kind of stuff. I love what you’re doing. You’re a regular on One American News Network. Which I find to be just one of the greatest news networks out there for that demographic. And Barry, today I want to talk, if we could, about the Coronavirus bill. The 2.2 trillion dollar CARES bill.

Barry Nussbaum: Yeah. It’s an astounding change in American history. It’s never happened. This is money created out of the ethers supposedly to solve the damage economically caused by literally the shutdown of America.

Kent Emmons: And, you know, with this bill, obviously, we’ve broken it down. At the very, very most out of 2.2 trillion dollars, only about $600 billion, if it all gets put out and the people are actually able to get, it is going to go to the American people. And really, only that amount has much to do with the Coronavirus. The rest of it is going to big corporations who had huge record profits last year. In fact, you have all the CEOs on CNBC, Fox Business News, the third and fourth quarter of last year talking about their record profits and their 20 million dollar bonuses. I think we’re going to pull pictures of some of their houses up here to show you. And now they’re back to the government saying, hey, you know what? Give us a handout. And by the way, the handout probably is not ever going to have to be paid back. And while the people wait for their twelve hundred dollars, they’re already getting their money. What do you make of this?

Barry Nussbaum: Well, I think what we have to address first, Kent, obviously, is the important question that nobody seems to ask very often. Which is, is the cure for the disease worse than the disease? I pulled some statistics for this morning to kind of review. We’re sitting right now at about nine thousand deaths in America from Coronavirus, and to every one of those nine thousand families, that’s a catastrophe. But let’s put it in proper perspective when we’re talking about a country with well over three hundred million Americans. Did you know that these following causes of death dwarf corona deaths by exponential factors? For example, sixty-six thousand mothers have died during childbirth. A hundred and four thousand have died from the regular flu. Now, keep in mind, that’s 10 times the amount from Coronavirus.

Kent Emmons: So you are saying ten times the amount of people who died from regular flu than the Coronavirus so far.

Kent Emmons: And Barry, why do you think it is that everyone’s made such a big deal about it. Again, I know it’s kind of a mysterious thing, and I know they really put it out there that if you get it, it could be horrible and all that kind of stuff. But as you see, this death rate getting close to the same as the regular flu, which is that’s where it’s going as more people get tested. That thing is flattening out big time. Why did they make such a big thing out of it, out of the box?

Barry Nussbaum: I have worked on the answer to that question for two and a half months. And to be really blunt, every idea I come up with is worse than the previous one. You sort of fall into the black hole of various competing conspiracy theories because it doesn’t make logical sense. This isn’t just a restrictive economy. This is a completely destroyed economy. The savings of every American are being wiped out. There is not a business in America outside of what’s considered essential, which is providing health, safety, food, and transportation, and some construction industries that aren’t completely at zero. Not restricted. I mean at zero. I don’t know anybody that even works anymore except for the UPS guy and the FedEx guy.

Kent Emmons: Let me ask you this. There are two areas I want to go down. One is how does every member of the House of Representatives and every Senator, with the exception of the ones who are absent, vote for something like this bill. How do they get a 2.2 trillion dollar bill passed in America with them only promising twelve hundred dollars and getting all this other stuff out there? And two, why don’t they do something to actually help Americans? Why are they talking about an infrastructure? Let’s start with the first question.

Barry Nussbaum: Well, that’s the question that you and I have discussed previous to the show, and I’m not sure. I know that the twelve hundred dollars per person is the way they sold the bill to the American people. We, the Congress, are going to bail you out. How many Americans do we know that twelve hundred dollars is a drop in the bucket on a monthly basis for them to survive and have food, rent, gas, insurance, and so on?

Kent Emmons: Yeah. You know, the average American family, to put it in perspective. The average American family costs about three thousand dollars a month to operate. That’s rent or house payment on their primary house. Car payment or two on their primary cars if there are two people working in the family. Their insurance, their food, and utilities, that type of thing. About three thousand dollars a month. And this thing is probably going to go on for months and months. And even if they turn the tap on today, everybody’s screwed for the next three or four months.

Barry Nussbaum: Oh, there’s no question. And the people that I’ve spoken to, quite frankly, have said that the twelve hundred dollars isn’t going to get them over any hump. Maybe to next Tuesday. But that’s about it. Then what are they going to do? Because like you said, the money was used for corporate America.

Barry Nussbaum: And the way to sell it to the regular Joes that are locked in their apartments is to say, hey, we’re bailing you out. Well, the truth is. They’re not getting bailed out. They’re getting a band-aid, and they’re bleeding from about six places, and they get one band-aid. It helps, I guess. But in terms of solving the problem. No, it doesn’t.