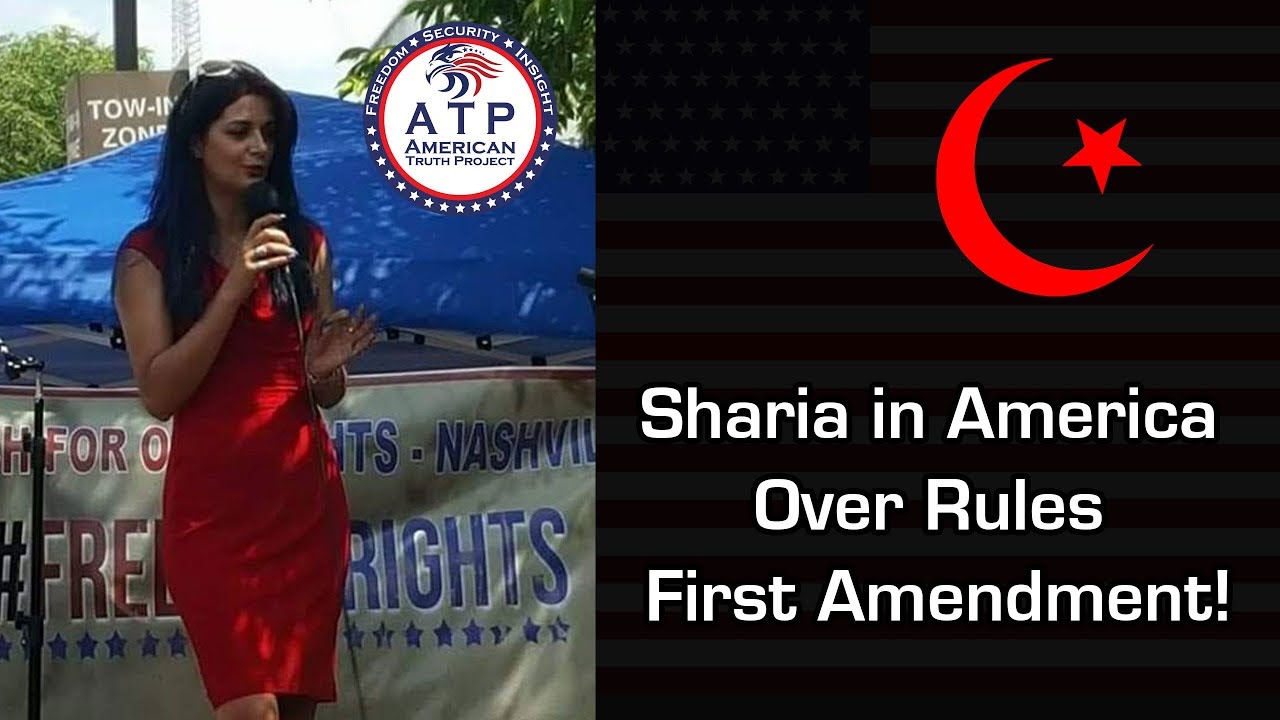 Aynaz Anni Cyrus: Today as I stand here, we don’t really have our freedom. Because we are not actually practicing our rights. It’s not that we don’t have them. We still have the constitution. Problem is we’re not actually practicing it. We have millions of women marching the streets of this country asking for women’s rights. When you ask them, what is that right you’re lacking, they can’t give you an answer because they’re not lacking any right as a woman. I did. As a woman I was considered a half a man, half a person. My testimony wouldn’t be considered a testimony unless there was two of me if there was a man testifying against me. At age 9 I was a woman. Right there, children’s rights don’t even exist. Now we could say well that’s another country with different constitution, different law, you know their problem. It’s bad. We feel bad for them but their problem. And lucky you survived, you came here, you have your freedom. Well here’s the problem. People I ran from follow me here. They are right here. Now why do I have a problem with that? Because they’re not here to become me. They’re not here to be proud American citizens. They are here to destroy our country, get rid of our Constitution, and take away our freedom. And let me tell you why. This isn’t because I had a couple of bad experiences with my daddy. No, here’s why. What is our very first amendment? Freedom of religion is the first clause of our First Amendment. Under Islam, if you’re not born a Muslim or if you’re born a Muslim and you left Islam your punishment is death. Right there. Freedom of religion don’t exist. However, we are letting them practice their so-called religion. Where to their eyes we don’t have the right to not be a Muslim.

What’s the second clause of our First Amendment. Freedom of speech and the press. Under Sharia if you say anything that is disrespect to Allah, Mohammad, supreme leader of the country, punishable by death. Here’s your freedom of speech. If you want to release an article you have to go and get actual authorization to publish what you wrote. If it goes against anything of Sharia, you’re not going to publish it. If you decide to break the rule and publish it, you can get up to seven years in prison for doing so. Our First Amendment. We can do what we’re doing here right? Peaceful. Under Sharia you do not have the right to gather more than five people. Only man. You cannot gather in one place talking about anything unless it’s related to Sharia and approval of Sharia. Again, on the First Amendment I have the right to petition the government, right?

Under Sharia you do not have the right to question Allah, Mohammed, or Sharia. If you do so punishment is death. Right there with one amendment can anybody here tell me that we can’t coexist with Sharia? And don’t take my word for it. Look it up. Read the Quran. Read the Hadith. Read the Sunnah. Look at the Constitution of Islamic countries. All of this is right there. In this country based on our Constitution if you commit a crime you have the right to a lawyer. Under Sharia your lawyer can go to prison with you for defending you. Because if a lawyer is defending you then he is agreeing with you. In this country you have the right to speedy trial and a jury. Under sharia there is no jury. There is no trial. There is an imam who is going to sit there and judge you. And that Imam will judge you based on Shariah again. If your punishment is already mentioned in Quran OK. If not if Muhammad faced such a situation then good. If not, the imam will put two and two together, compare notes of Koran and Muhammad’s life, and we’ll come up with a decision on what’s your punishment.

Islam Allows Sex with a 9-year-old!