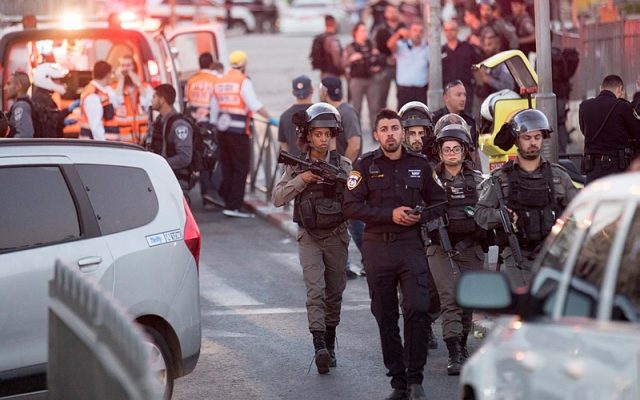 In yet another betrayal of the promise that Palestinian Authority President Abbas gave to President Trump in the White House, terror is still supported and praised by the leadership of his party. One of the terrorists who participated in the attack at Jerusalem’s Damascus Gate in which Border Policewoman Hadas Malka was murdered was a member of the Fatah party.  The Fatah party, led by Palestinian Authority (PA) head Mahmoud Abbas,  condemned the shooting deaths of the three terrorists. Completely ignoring the circumstances of the attack, Fatah published bereavement notices for the perpetrators on its official Facebook accounts. “The Fatah movement in Deir Abu Mash’al in the Ramallah and Al-Birah region mourns, with great pride, its martyr hero Osama Ahmad Atta… perpetrator of the heroic operation at Damascus Gate…”