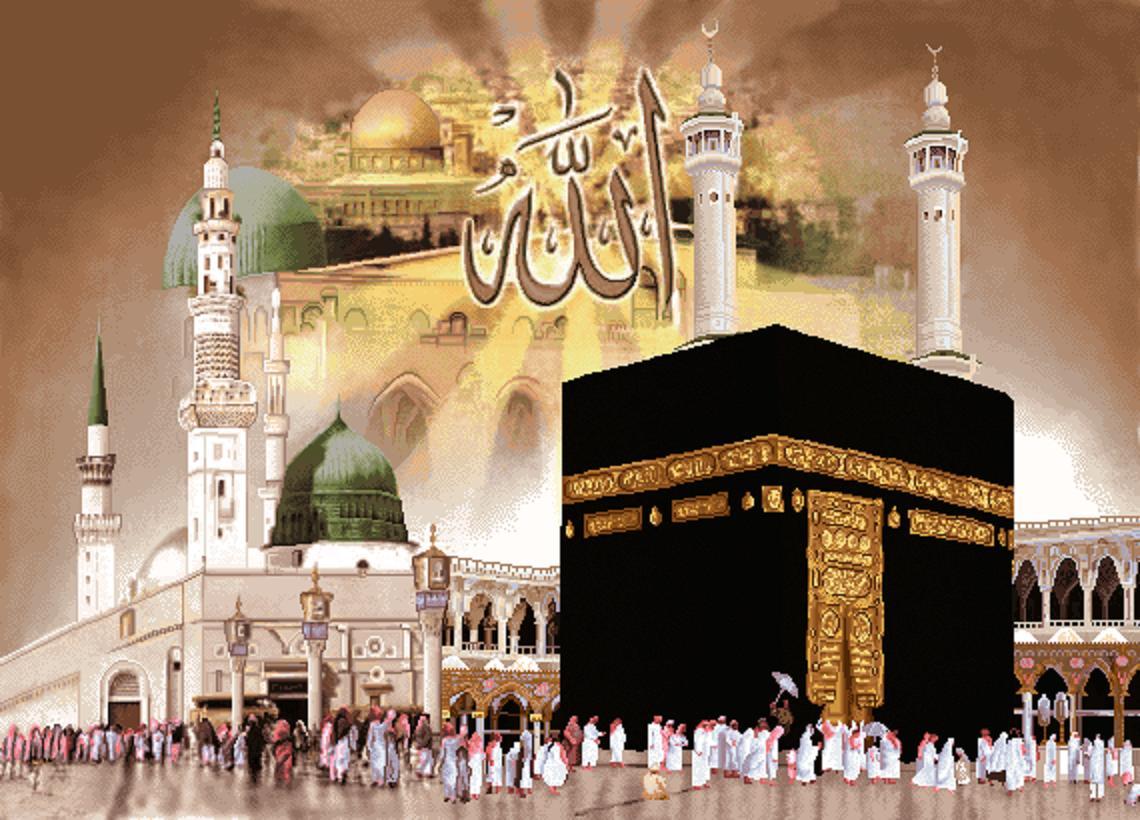 An oft heard and popular analysis of the Qur’an argues that it is divided into two categories: the peaceful Meccan books and the more violent books written in the time Muhammad left for Medina. The latter books call for violence against the nonbelievers. Nonbelievers include polytheists, hypocrites, Jews, Christians, pagan Arabs, essentially anyone who is not a Muslim. I do not subscribe to this false dichotomy — to me both parts of the Qur’an are equally violent. I reject this spurious and oversimplified analysis.

Indeed, in the Meccan books, it is not written that believers may punish the nonbelievers for Allah’s sake here in the physical world, however there are very hostile threats of punishment and/or penalties in the hereafter. These early verses describe vividly burning in hell, including having to drink fire, being bound by chains, and the toasting or roasting of human beings. The Meccan books also make it painfully clear there is no escape from this suffering. This torture and suffering are described in these so-called peaceful books as a type of reparation to satisfy Muhammad and the believers (Muslims). For example, the man, I believe it was Muhammad’s’ uncle, who was hard and unfriendly toward Muhammad is said to receive his punishment in hell, where he will receive no mercy. Nonbelievers are often portrayed as losers, while the believers (Muslims) are successful.

Labeling these Meccan chapters as peaceful is like the claim that “light” products are healthy. “Light” chips are not healthy, they are less bad for you. In that light, the Meccan verses of the Qur’an are not peaceful, they are merely less violent, but still very hostile. The call for violence inevitably follows later, born from the anger, frustration and clear separation between the believers and nonbelievers that has already been established in the earlier verses.

The feelings of hate and anguish are steadily cultivated throughout the Qur’an and since the Qur’an itself, nor the Sunna of Muhammad, offer any other solution, the open call for violence is both predictable and unavoidable. It is like when one hears the people next door argue every day, you hear them yelling at each other, the slamming of doors, glass being broken, again and again, seemingly no solution to their frustrations. When eventually the police are called for domestic violence, nobody is surprised. If your neighbors acted differently or communicated more effectively, they would not argue every night.

Likewise, throughout the Qur’an there is a lot of anger and frustration, but no escape route. For example, in the New Testament there are the teachings to turn the other cheek, pray for those who persecute you and not to recompense evil with evil and to live in peace with all men (Romans 12). Such teachings the Qur’an does not show. Anger builds up, page by page, until the frustration erupts into a violent outburst. This is mentioned in various surahs in the Medina part as a preview of what their later punishment will be. Surah 17:75 “In that case We should have made thee taste an equal portion (of punishment) in this life, and an equal portion in death: and moreover, thou wouldst have found none to help thee against Us!”  It is then that the open calls for violence with an open end, up to the last day, are described.

In my opinion, danger lies throughout the entire Qur’an, beginning with the Meccan verses, then steadily intensifying through the mounting anger, frustration and discrimination towards nonbelievers. The solution to this anger and frustration that the reader feels eventually will have to come, follows in surah nine, verse fourteen: “Repentance”. Here, the believers get divine permission to punish nonbelievers, as if they were Allah’s hand. “Fight them; Allah will punish them by your hands and will disgrace them and give you victory over them and satisfy the breasts of a believing people.”  This verse suggests clearly that violence towards the nonbeliever is not only divinely permitted, but will also deliver satisfaction to the believers.

It is significant to note that by labeling these books as “peaceful” it will hide the true meaning and intention of the Qur’an. If these books are called “peaceful”, it gives false hope that it is possible to live in peace, side by side, with Islam. It is not. It is important to see and read the Qur’an in its entirety, not just focus on the openly violent verses, as we often see today. This excuses the verses that may not call for violence, but feed the anger and frustration and are therefore just as dangerous. Oddly enough, I agree with the Islam apologists who argue that we must see the violent Qur’anic verses in context, but for an entirely different reason. The poison begins in the Mecca verses and can only lead to a solution in the calls for violence in the Medina books. The Meccan books might not call Muslims to practice violence, but they do preach intolerance, rage, anger and hostility towards unbelievers. These early books are not as peaceful as they appear to be, rather they subtly set the tone and set the stage for the Jihad that follows.

Previous Article
Because You Asked: What is Sharia and How Does it Affect One’s Life in America?
Next Article
Rocker Calls Out Linda Sarsour As a Vile Disgrace!