Kathy Griffins Apology: “I Am a Victim of President Trump” 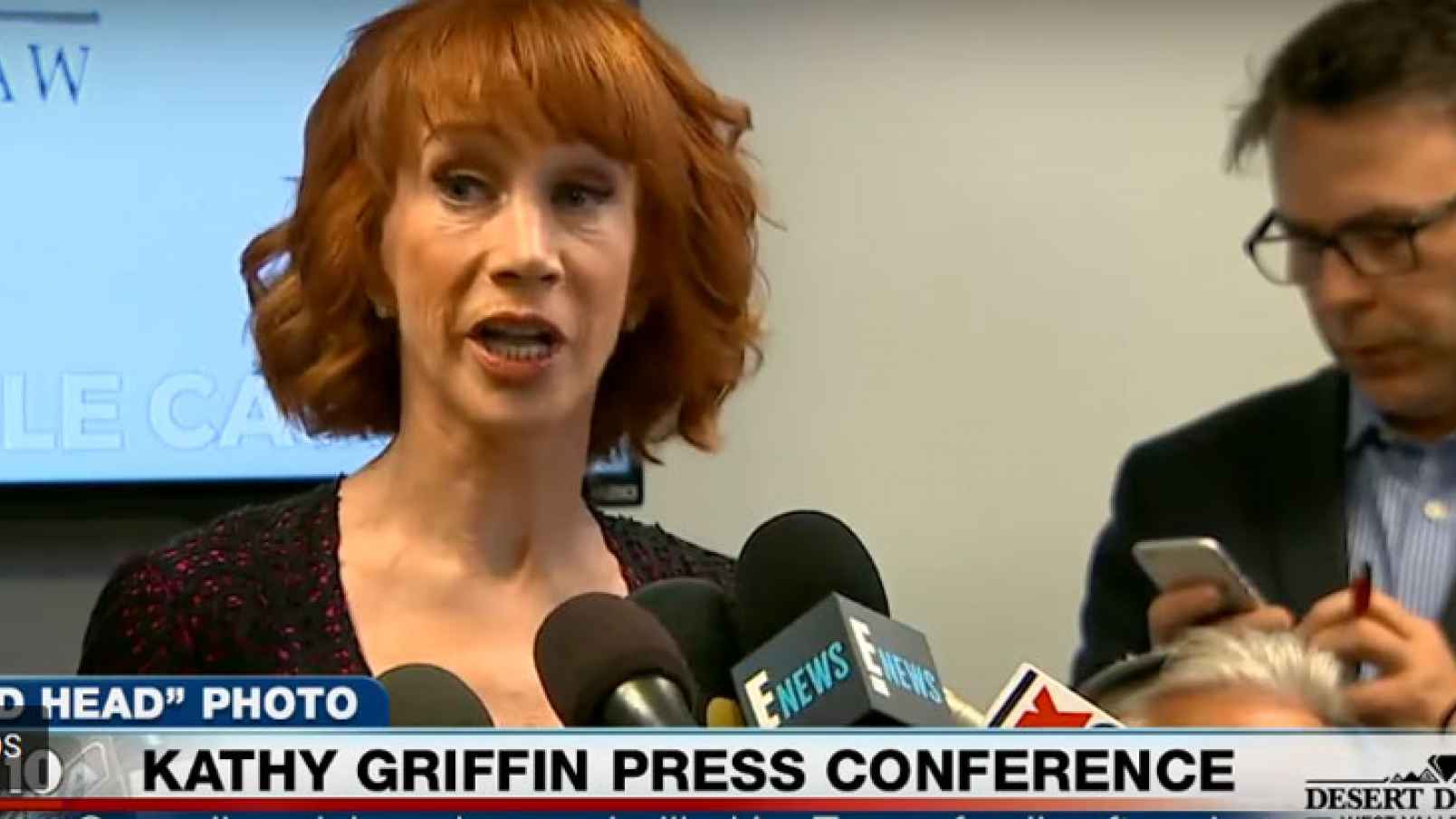 In what most be the must bizarre strategy in show business history, Kathy Griffin and her Hollywood attorney Lisa Bloom are blaming President Trump for the avalanche of bad press and cancellations that were created by her horrific photo shoot last week.

At the press conference they held in her office, Bloom bashed Trump for what she called misogynistic remarks against women, and also then also his budget cutbacks, the pullout of the Paris climate accord and attacks on Planned Parenthood.

It underscored her point that Griffin’s humor fell well within protected speech, calling the photo shoot a “parody” of Trump’s “own sexist remarks.”

She said that “for the first time in history” a sitting president was making “a personal attempt to ruin a comedian.”

Previous Article
President Trump’s Goals for His Middle East Trip
Next Article
Because You Asked: Why Did CNN Create Fake News?