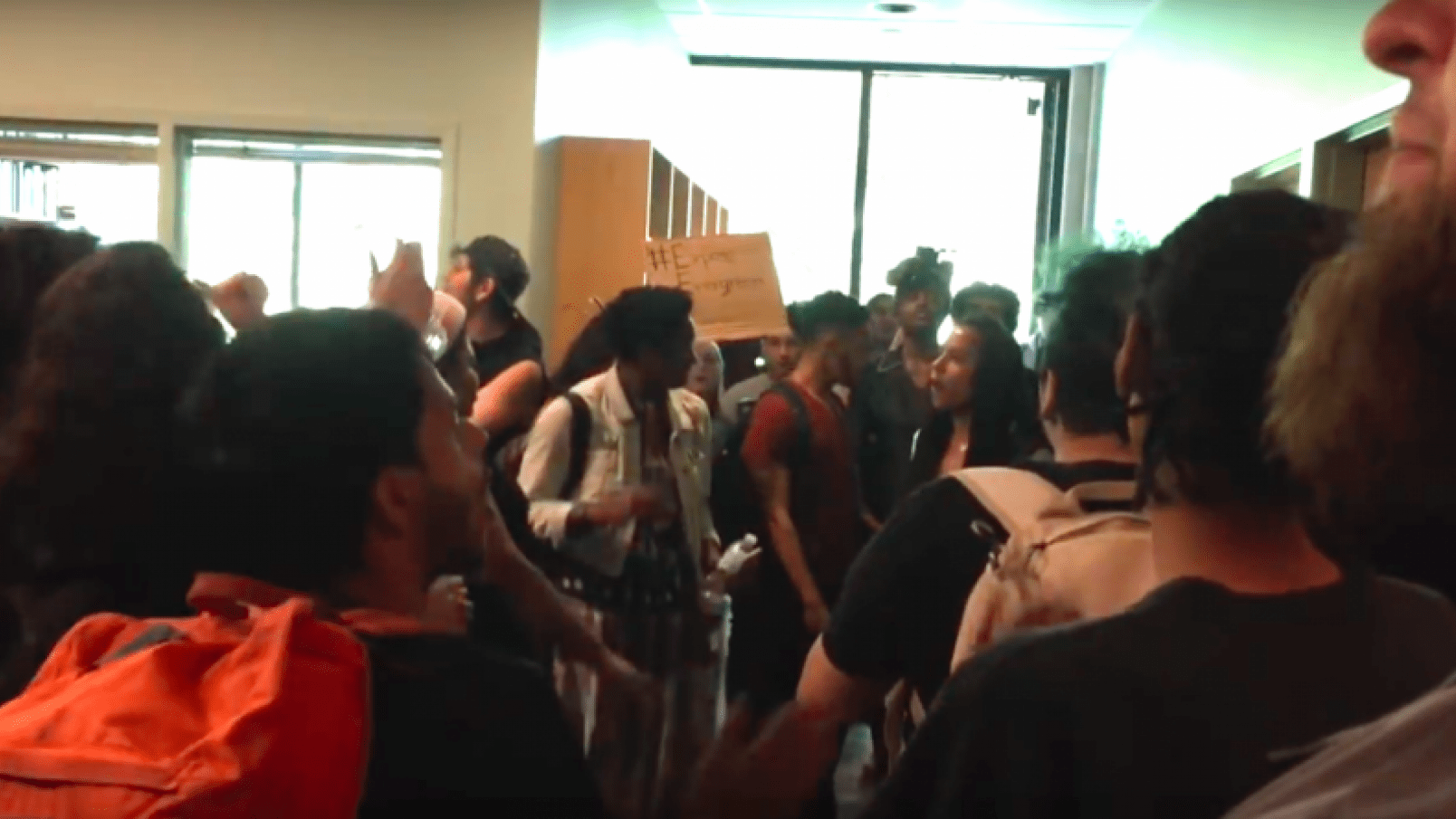 George Bridges the president of Evergreen State College in Washington state, has turned over his campus to the student thugs. In a full surrender to the insanity they demonstrate, he authored an op ed piece titled, “Why students need trigger warnings and safe places”.  In response the student thugs on his campus confronted him, screaming, “F__ you George; we don’t wanna listen to a goddamn thing you have to say! No, you shut the f___ up.”

And the President of Evergreen State College in response thanked them “for the passion and courage you have shown me”.

“I apologize… I will commit to working on my own racism….I am a work in progress,” he mumbled.

Omg. The school should be closed by the trustees while there is still a semblance of reputation to protect.

Previous Article
Yet Another Former Gitmo Resident Returns To Wage Terror!
Next Article
Because You Asked: The Manchester Bombing: What Are the Lessons?