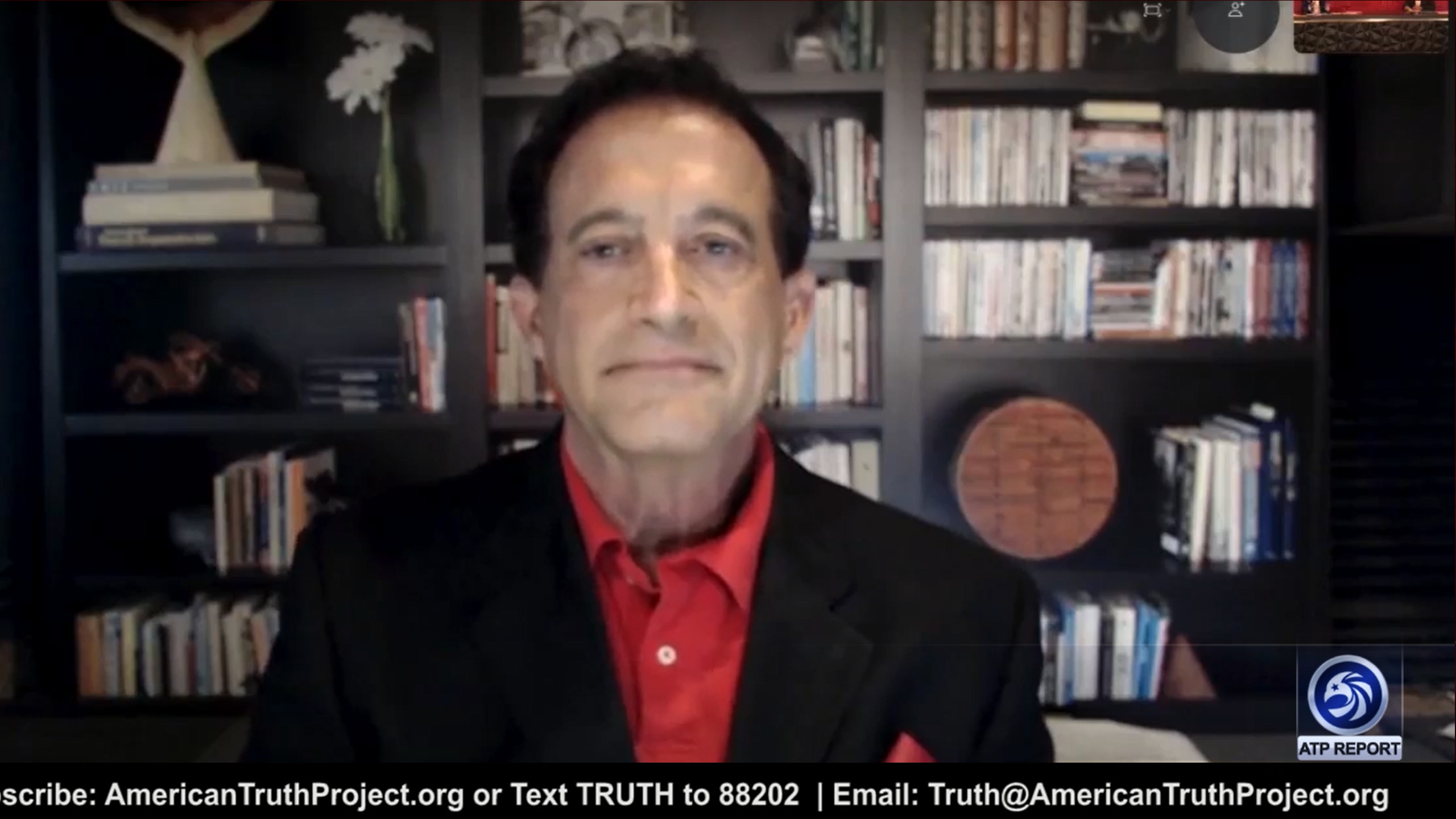 Peter Van Voorhis: I wanted to talk to you about this. I know that we have you here to talk about the Coronavirus, Barry, but what do you make about the idea that the cure could be worse than the problem? Because a lot of people will say the catchphrase people over profits. But we know that without profits, there’s not necessarily people because there’s no food to feed them and jobs to have and all that stuff. So what do you make of that?

Barry Nussbaum: In American history of all the things that have happened, the catastrophes, what they call the black swans, the really bad news that you couldn’t predict like 9/11, like Pearl Harbor, previous outbreaks, world War One, there has never been a situation where the world’s economy and the American economy has literally been turned off. Nobody knows how it can be restarted. For all the viewers out there watching today, they should ask themselves, do I know if I have a job next month when we’re allowed to associate and when the business where I used to have a job opens their doors? Are people going to come back where they don’t have any savings when they’re more worried about their rent, their gas, and their food? That’s the question that nobody knows the answer to. And that’s what concerns me the most, especially for people that don’t have two years of savings in the bank, right? The typical American middle-class person is about 30 days away from running out of money. That money is going to be gone by the time the spigot opens up when you’re allowed to drive your car, go hang out with friends and go to the local restaurant. Is that restaurant going to be open? Do they have the money to buy the food? Pay the rent and pay the people? Nobody knows the answers to these questions. And as we talked about at the open, yeah, nine thousand people have died, but two million people have died from heart disease, and the economy goes on as normal. A hundred thousand people have died from the flu, and nobody even knows about it, and the economy chugs along. Here’s the scary part. Somewhere between a quarter to one half of 1 percent of everyone that gets COVID-19 dies. When you take out the people that have cancer already or are in their 80s and have emphysema or lung problems or heart disease, high blood pressure, diabetes, and so on, it’s more or less the same as the death rate from the flu. Why in the world have we destroyed the American way of life? And like you said without an economy, we don’t survive. And you can’t print enough money to solve everybody’s problems and twelve hundred dollars is that going get you through the summer? Doubt it.

Peter Van Voorhis: And even leaving the economic stuff aside, I mean, just the idea that people who have heart disease or apparently malaria or any of these other things that are happening, you know, they’re not able to get treatment for these things. Some people may potentially not be able to get their medications in the future. So certainly a lot of people could die based on their response to this. Not saying that coronavirus isn’t serious, because it is. It’s tragic that people are passing away from it. But maybe we just need to recognize that people are passing away around us all day long. That doesn’t mean we keep the other people who could be treated from getting the treatment they need.

Barry Nussbaum: Well, imagine just for a second, regardless of your politics, imagine if you were President Trump right now. And in one area, you’ve got the doctors whispering, “We’ve got to shut down everything. We need to kill this disease before it kills us.” And then he says, “Well, how many people have died?” Well, it’s about nine thousand. And then in the other ear, every businessman in the country is screaming, “Please let me go back to work. Please let me bring my workers back.” And everybody that had a job that doesn’t have a job is pleading for the ability to earn a living to pay for food and rent and gas, and as you said, medicine. If you’re the president, which way do you go?

Peter Van Voorhis: Barry, I’m going to play devil’s advocate here, because the president’s doctors were telling him if we don’t do anything about this, if we don’t shut this down, we could potentially have one or two million Americans dead. Do you think that’s an accurate number? And if so, do you still think their response was necessary?

Barry Nussbaum: You know, that’s the perfect question to ask. And what’s really interesting is the initial death projections were based on models that came out of Oxford in England, and they were the ones that said 1 to 2 million Americans would die. And they had enormous numbers for the UK. Now, it turns out that the people that built those models have walked them back. And they said they were over-exuberant on the death projections. In other words, everything we’ve done so far was based on a model with a number of deaths that doesn’t turn out to be accurate. The curve, according to the numbers I’ve looked up, is flattening in many, many places, meaning the disease growth has greatly slowed due to social distancing. And while the numbers keep going up of infections, the truth is it’s probably just because we’re testing more people. There’s no way to know how many people who had the flu in February, in January, had the COVID-19 brand of the flu. I had it. I don’t know if it was COVID-19. It hurt, I felt terrible, and in about a week, I was okay. There’s a lot of people out there that are now being tested that might not have known they had COVID-19, and their numbers would not have been included. So, in reality, the human body is a lot more able to fend these things off than we’re giving it credit for right now. And the model that we based this enormously destructive model on has been changed. But now, what do you do, right? When you’ve got everybody in America convinced you got to be six feet away. You can’t go to work. Ninety-three or ninety-four percent of America is a lockdown right now. That’s martial law. You’ve got the National Guard called out all across the country to make sure people stay home.

Is The Covid-19 Response Unconstitutional?

The Hidden Truth About The Covid-19 Economic Cure