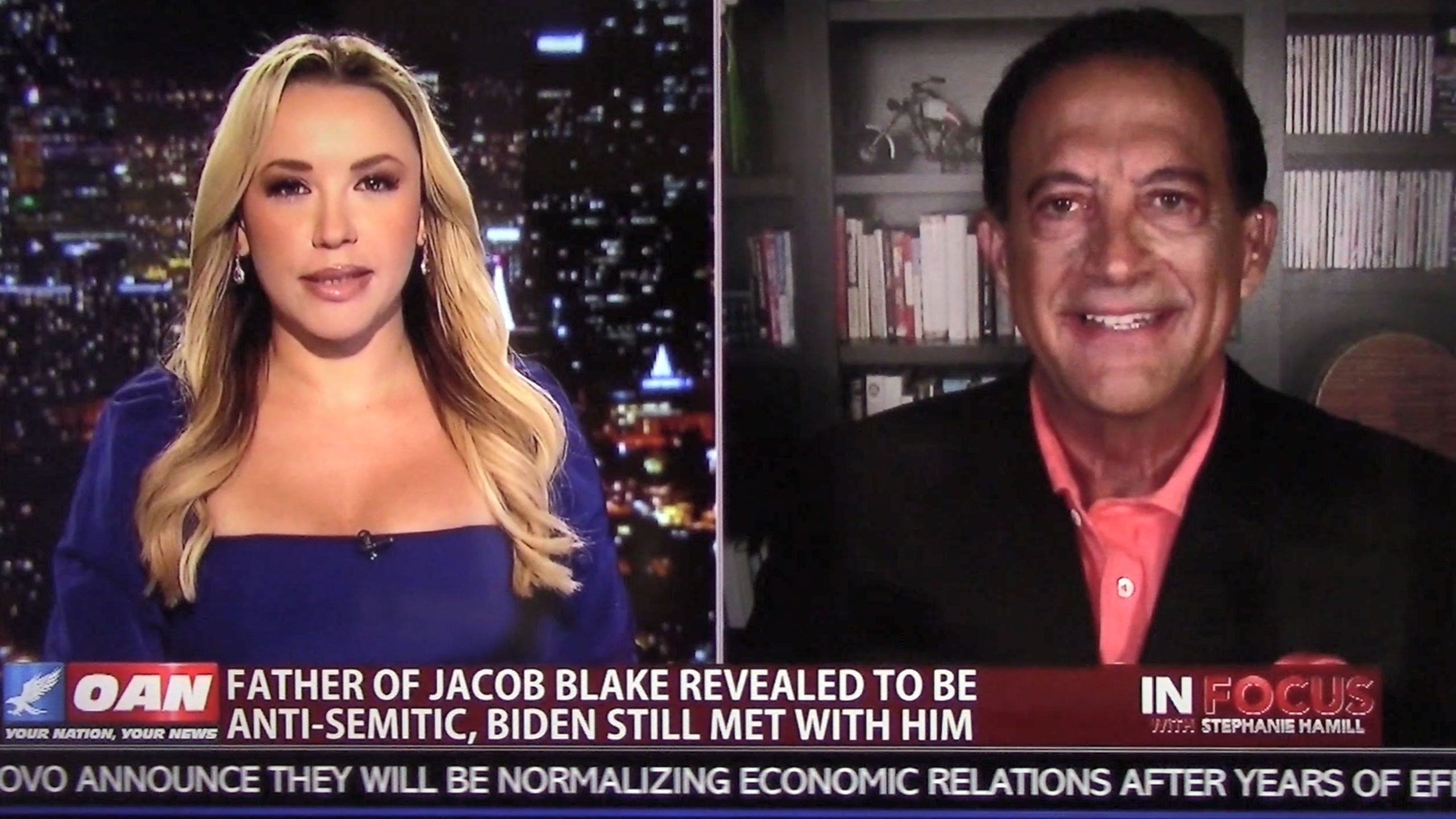 Stephanie Hamill: It’s been over a week since Jacob Blake was shot, and Biden arranged to meet with family this week, a meeting that included his father, Jacob Blake Senior, who gave a very passionate speech at a rally last weekend. However, as Biden was preparing to meet with this man, news reports revealed that Jacob Blake senior has a history of spewing anti-Semitic and racist comments. But did Biden condemn the man’s actions? Of course not, because it doesn’t fit the entire narrative intended behind his visit with his family. Joining me now, the founder of the American Truth Project, Barry Nussbaum. Barry, thanks for joining me.

Barry Nussbaum: Good to be with you, Stephanie.

Stephanie Hamill: Barry, I don’t know what Jacob Blake senior is going through and what it feels like to be him. And it would be difficult to be in his situation and have a son and his situation. That being said, we can’t ignore some of the things that he has said in the past. And it’s very strange to me that Black Lives Matter has him somewhat as the face of the movement right now when Black Lives Matter claims that it’s anti-racism.

Barry Nussbaum: Yeah, you’re right. There are really two things going on here simultaneously. Number one, Blake senior is mortified by what happened to his son. I don’t have an opinion on it either way. There will be an investigation, and that’s already started. I think we should reserve judgment. The part we can judge is the fact that Mr. Blake, the senior, is a disciple of the biggest hater in North America, specifically Louis Farrakhan. He parrots Farrakhan’s anti-Semitism. He used to do it publicly through his social media on a regular basis and made speeches that were horrific. And it really bothers me greatly as you just pointed out, Stephanie, that he is a spokesman for the way things ought to be when the reality is he’s parroting the hate speech of the man who hates whites, who hates Americans, and most of all hates Jews, specifically Louis Farrakhan. And is it in the press? No. Is it being reported by anybody? No. Except for you and a couple of conservative sites, it’s not even news because it’s being ignored. The man is a hate monger. I feel bad for him for what happened to his son, but he should not have a national platform. And God forbid, the maybe next president of the United States is sitting with him and consoling him and not calling him out on his racism and his anti-Semitism. And when the party is asked about it, and the campaign is asked about it, they deflect as if to say, well, it was a horrible thing that happened we’ll ignore the fact that the man hates Jews. As a Jew, I’m offended. And like you said, the Black Lives Matter movement has a big place under that tent for people that hate Jews. It’s all out there for anybody to read if they want to look it up.

Stephanie Hamill: And to be more specific, Jacob Senior on Facebook referred to the media as controlled by Jewish people. He insinuated that Jews in Pittsburgh were warned before the shooting at a synagogue that killed 11 worshipers. Where would he come up with something like this? And also that is so insulting.

Barry Nussbaum:  I’ll tell you where he comes up with that, Chicago. The world headquarters of the Nation of Islam is on the south side of Chicago in the personage of Louis Farrakhan. He spouts out ridiculous theories that he makes up on a daily basis and his disciples like Mr. Blake senior Parrott them. And how the press doesn’t jump all over this is absolutely disgusting. It’s not even being reported except by people like you. And thank you for bringing the story to the American people’s attention because they need to know. The father hates people the same way Farrakhan hates people, and that does nothing for race relations, and it does nothing for religious relations. And Joe Biden is pandering to this vote. I can see Biden sitting with all kinds of hate mongers, and then his campaign will deflect later. I find that despicable. Joe Biden should come out today and say, yes, I feel bad for the black family. We’re looking at the investigation, and we’ll report more on it. But in the meantime, I disclaim, and I specifically reject the hatred that this man has been spewing on social media-specific. Against Jews for years. That is what Joe Biden should be doing if he truly was a man of all people.

Stephanie Hamill: Yeah, and I know that we’re not the only ones asking why Biden would meet with such a rabid anti-Semite. But I did see some of the media. Of course, the media gave Biden a pass on this, but some of the media were wondering why President Trump didn’t meet with the Blake family. And that might be part of the reason. Well, Barry, we’re totally out of time. Thank you so much for joining us.

Reforming Islam Is an Impossible Dream of Westerners