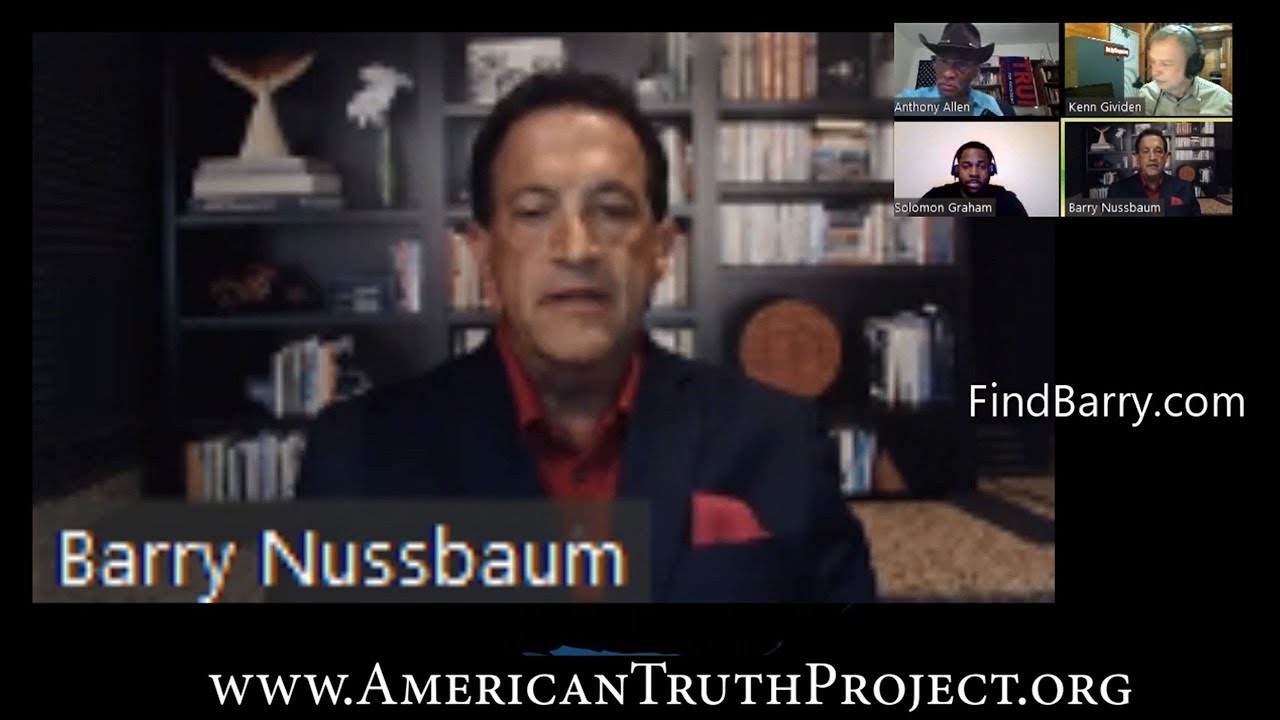 Kenn: We are talking to Barry Nussbaum. How are you doing Barry?

Barry: Wonderful. Glad to be with you, of course.

Kenn: Barry Nussbaum, I’ve got to question for you. We have been talking about Donald Trump’s wall. Some people get mad when I call it ‘Trump’s Wall’. They say it is not Trump’s wall, it is America’s wall. What does Donald Trump have to do to sell this project? Take it away.

Barry: I think this is my ‘Barry to President Trump Plan’.

If the president is listening to your show today, (which of course. he should be). He’s planning to talk at the State of the Union tomorrow and this what I think President Trump ought to do.

I think he ought to start out with a little bit of historical perspective on ‘National Sovereignty and Security’ going all the way back to the founders in the 18th century. The purpose, the prime directive, of the federal government is the protection of the Homeland. Part of that is the defense of an identifiable border. In the last say decade or so, the United States has abrogated in many, many places along the border.

The border is nothing more than a line in the sand and every country that abandoned its borders gives up its sovereignty and its national identity. All the other stuff is a horrible byproduct such as crime, drugs, murder, and rape. Those are the byproducts of abandonment of those strong federal responsibilities.

I think if he gives a historical perspective and then a tour around the world. He could do an audio-visual presentation and show the wall in Hungary, the wall in Poland, the wall in Cyprus, Turkey, Jordan, Syria, Saudi Arabia, and Israel. All of which are 100% successful.

We are going to look like the odd child out and, I wish, (President Trump) could give a tour to show the hypocrisy of the very wealthy. Especially in the political party that says ‘Walls are racist and walls are immoral’. They say walls should be torn down except the one at Nancy (Pelosi’s) estate, Joe Biden’s estate, and Al Gore’s estate.

How about the Hollywood celebrities that think Trump is a crazy man or a Nazi for wanting walls? Their own walls are 25 feet high and, in some cases, topped with barbed wire.

I think if Trump talks about what’s happening with crime (like the fentanyl bust last week that could have killed 150,000,000 people!) People are going to wake up and, the bottom line is, five billion dollars is a rounding error on a weekend in the federal budget

What I think you’ve got to do is list the programs that people don’t know anything about. The ones you’ve never heard of and none of your panel has like ‘Whale Migration’ and ‘Bumblebee Reproduction’ and the ‘North Pole Seal Population’ and list maybe 200 or 300 of these programs that cost a tremendous amount of money and ask; Which would you rather have? Border security or help the bumblebees reproduce in the southern hemisphere?

Barry: I think he’s talking over the heads of the people in the audience. The 535 members of the house, the Senate and he’s talking to the American people. Kenn, that’s why Nancy Pelosi blocked the ‘State of the Union’ several weeks ago. She doesn’t want him to talk to the American people about  (border security). He is going to talk right over their heads. He’s going to bypass the media. It is going to be on television in most houses in America.

He’s going to tell people, Look, I can give you security and it’s not going to cost you anything because I’m going to take it away from the ‘Bumblebee Study’.

If everything breaks down, the last resort he’s got is to say this in public “I’m going to declare a national emergency. There have been dozens and dozens (of presidents) declaring (emergencies) in the last 30 years and you don’t know about it because they have never publicized”. There have been 28 national emergencies (that are) still on the books. On stuff, you wouldn’t believe from Obama and Bush going all way back to President Clinton. Nobody cares. Trump has the power and he can do it. Then he can get his wall built.

Kenn: You guys, what do you think? Anthony?

Anthony: I think that Barry just laid it out there very very eloquently. This is a chance for our president, President Trump to really talk with their heads. Talk directly to the American people about this wall and just like you were saying, Barry.

The only thing that I would add is this. After he gets finished giving this historical perspective of the wall. After he speaks of the criminality that, you know, is ensuing because of this not being built. He should turn around and point the finger right at Nancy Pelosi. He should talk about the blood that is on Nancy Pelosi’s hands for not having that wall. He should turn around and face her so that all Americans see. He should talk about how she had her fingers crossed during the negotiation for this wall. She had no intention of ever negotiating in good faith about this wall. I want him to do everything exactly like he said and then turn around and face her; point his finger right at her.

Girls Must Eat After Boys in English Muslim Schools!