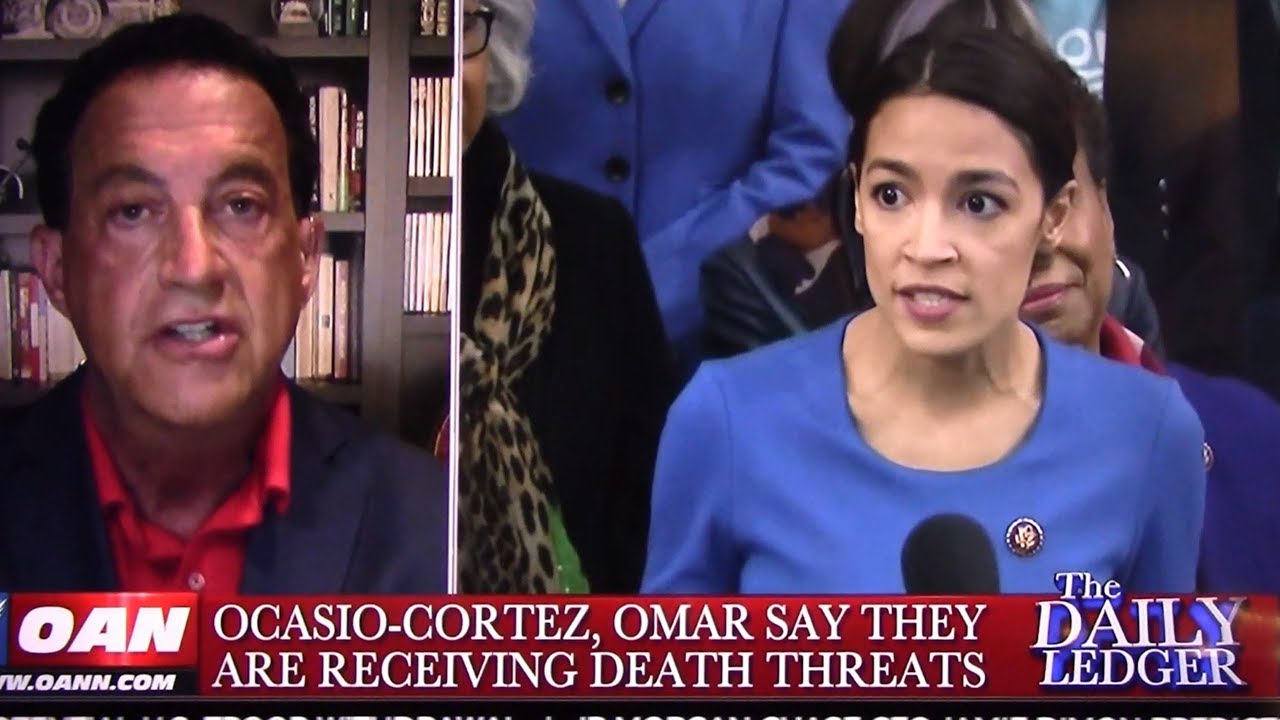 Hillary Clinton: It’s not about punishing journalism it’s about. Assisting the hacking of the military computer to steal information from the United States government.

Graham Ledger: Joining me now the founder of the American Truth Project and Daily Ledger contributor Barry Nussbaum. Barry hate to say it though in the in the aggregate in the big picture I agree with Hillary Clinton is that Julian Assange needs to be held accountable here and I look at it this way. This is not journalism. This is nonsense. It has nothing to do with journalism. This taking of these 700000 files this is theft.

Barry Nussbaum: You know there’s a couple stories here one of which nobody’s talking about. The weird ironic situation is on this day in history Graham ledger Berry newspaperman Hillary Clinton agree.

Barry Nussbaum: Is it the apocalypse or what. That’s for sure. Here’s Hillary ironically talking about Julian Assange who did something terrible published hundreds of thousands of documents. What Hillary is not talking about, which no one seemed to want to ask her, is how about the other documents that were published. Thirty thousand e-mails taken from a hacking job on the server in the apartment that had Hillary Clinton’s personal computer. Thirty thousand e-mails that probably had a significant impact on nobody believing Hillary. Remember when she was first asked about wiping her server. She made the joke about wiping the computer clean with a cloth. She still has never been held accountable. There’s probably an investigation going on right now with the AIG. And at some point, there’s going to be a news story which is those 30000 emails on a private server we’re not all about weddings and parties and grandchildren. And that’s the real story that nobody talks about.

Graham Ledger: Only Hillary and Carlos Danger know for sure what was on those e-mails. Former Congressman Anthony Wiener said it too. In Ohio we have this is very important as part of a trend I want to get to that in just a minute, but we have this movement toward protecting life in the womb. It’s a wonderful thing. Roll tape

Gov. Mike DeWine: The function of government is to protect the most vulnerable among us those who don’t have a voice. Government’s role should be to protect life from beginning to the end.

Graham Ledger: And so, this is heartbeat legislation number six by my count and counting in the individual states and four are pending including in Georgia where there’s a heartbeat bill sitting on the desk of the governor right now. And this is a wonderful trend.

Barry Nussbaum: It’s ironic how you describe it because it’s completely different than all of the mainstream media. Major outlets from coast to coast condemned what happened in Ohio as an affront to individual liberty and the rights of the mother. It’s the same subject taken from a different perspective and oh how the system has changed in the last few years. It used to be abortion was legal up to the end of the first trimester, then the second trimester. Then some states crossed the line in the third trimester. Now you can have the baby or abort the baby on the same day and then a bunch of states that’s legal. As my mother used to say life starts when you feel something and that is around the end of the first trimester. So, this heartbeat legislation tracks well with what my mother used to say, and I’m scared that there’s such a divergence of reporting on the same subject. You call it protecting life but Graham most of the country at least in the mass media thinks that this is an affront to women everywhere.

Graham Ledger: And I think that your mom would be happy about the labeling of these legislation as being a heartbeat because that’s what this is all about life is about a heartbeat. There is a heartbeat in the womb, and we need people in America to use their hearts and their minds but use their hearts when they consider life in the womb really quick. Castillo Cortez and Omar the congresswoman the freshman are being threatened. What do you expect? First of all, I say welcome to the club but when you’re Omar what do you expect when you say when you’re talking about 9/11, you’re saying some people did something.

Barry Nussbaum: I don’t think the vast majority of America and I mean even the ones that defend her can do so with a straight face and a clean conscience. When she talks about 9/11 as if it was somebody got their newspaper delivered late. The affront to New Yorkers especially and first responders and every family that lost somebody in that horrific day is astoundingly and truly justifiably upset today including the Democratic representatives from New York who are saying she’s wrong. This was not just something. It was the worst terroristic attack in the history of the United States on our soil. Right. And she looks at it as the paper was late. She deserves the outcry against her.

Graham Ledger: And speaking of paper the New York Post I think summed it up very well this week. And if you don’t know what I’m talking about Google it. It will come right up. Barry thanks.