Barry Nussbaum: Hello and welcome to ATP Report. I’m Barry Nussbaum. Before we bring on today’s wonderful guest and relative of ATP, I want to remind everybody out there in ATP land. If you haven’t done it yet, please take out your cell phone and text the word TRUTH and send it to 88202. You’ll be automatically subscribed to all of our content on ATP, including shows like today. Did you do it yet? Good for you.

So, our very special guest today, you know, from ATP and from all of the wonderful things she’s done. It’s Anni Cyrus, the founder of Live Up to Freedom and former child bride who escaped the tyranny of the very religious in Iran. She’s an American citizen who is an expert on all things relating to the jihad movement worldwide. Welcome, Anni.

Aynaz ‘Anni’ Cyrus: Thanks so much, Barry, for having me.

Barry Nussbaum: So, let’s start off with today’s topic, which is everything Afghanistan. It’s what we should all be talking about. President Biden said just a few weeks ago that ‘the Afghan army was well-trained, well-equipped, and had hundreds of thousands of more fighters than the Taliban,’ which was characterized as a ragtag army of, well, people from the Middle Ages.

He said, ‘he was not worried about the stability of the country,’ after he had announced the American troop withdrawal. That everything would be just fine. Within a few days of the withdrawal, as we know, the national army collapsed. Troops just dropped their weapons and ran away, and the Taliban rolled into Kabul virtually unopposed. Anni, what happened?

Aynaz ‘Anni’ Cyrus: Well, a few things. The very first thing that happened is what we always do in America, which is underestimating the Islamic terrorist groups in the Middle East. For example, the Taliban. Oh, they’re just a bunch of people.

They’re not big enough for anyone to worry about. We underestimate that they have countries such as the Islamic Republic of Iran backing them up. For example, two days before they conquered Kabul, they had a personal private meeting with Zarif, who’s the Foreign Minister of the Islamic Republic of Iran. That was the first mistake that the Biden administration made. Secondly, no matter how much we train the army of Afghanistan, they’re not an army.

They’re just Afghan people who decided to try to protect their country. It’s not like they go to the academy, like our country. They couldn’t just be left alone overnight to figure it out. Number three, I’m sure you know, all the weapons that Biden was talking about never actually ended up in the hands of the military or the army of Afghanistan. Halfway there, it was all confiscated by the Taliban. So, you put those three together. This happens.

Barry Nussbaum: So how could Biden have been so wrong, or was it just a PR stunt, and he hoped it would be true not knowing whether it was or wasn’t?

Aynaz ‘Anni’ Cyrus: Well, Barry, let me answer your question with a question. When was the last time Biden was correct? The Biden administration has been wrong on every single aspect since the day they came into the White House. On a serious note, though, I don’t think Biden didn’t know. These are all wrong estimates or wrong thoughts.

Barry Nussbaum: It might be why he was hustled away from the press conference Anni, and he wasn’t allowed, when I say that somebody is telling him what to do as he often points out, ‘They tell me not to take questions,’ he ran away. He has never taken a question since.

Aynaz ‘Anni’ Cyrus: When he says, ‘He’s going to be trouble.’ (Anni Whispers)

Barry Nussbaum: I love it. I love the whispering part. When he does that, that’s just weird. So, on a very, very serious note, and this is truly horrific, especially for someone like you to talk about it. The Taliban are going door to door now, seizing girls as young as 12, and they’re being given to the Taliban fighters as sex slaves. You know, that’s true. I know it’s true.

I can’t believe there’s not an avalanche with the world so upset. It’s the twenty-first century, and yet it seems the Taliban are living in the seventh century. I know you know the answer to this. It is in the Quran. That’s what makes this kind of insanity and inhumanity legal in that religion. Can you tell us about it?

Aynaz ‘Anni’ Cyrus: Of course. Let me just say. This is not just the Taliban who is living in the seventh century. It’s the entire Islamic society because Islam has never been touched. It’s still the original from 1,400 years ago. On that, yes, there are many verses in the Quran and many Hadiths that approve of what the Taliban is doing today.

Number one, we can refer to Chapter 33:50, which says it has completely halal or allowed for Muslim men to take women and it refers to them as your right hand possesses which is a sex slave as a trophy of war. If they conquer and win a war, they can take the women as trophies.

Now to make sure that nobody, none of the naysayers out there, would argue now we back it up with Chapter 4:3. Where it says, if the girl is underage, as long as you pay for her with enough money, you can have her, too. So, you put Chapter 4:3 and Chapter 33:50 together and you have what the Taliban are doing right now. They are allowed to get underage girls as war trophies now that they just won and conquered Kabul.

And then again, Mohammed also had a wife who was a six-year-old. He consummated the marriage at age nine, being Aisha. So, you put all of that together. They hold their head up, and they say, ‘We’re doing what Sharia says we can, and we should do.’

Barry Nussbaum: There are no words other than I’m disgusted. There are stories in Afghanistan now of the Taliban grabbing cell phones from people on the street in Kabul. If there’s any mention of the Bible, meaning they’ve just grabbed a Christian or just someone interested in the Bible, there are stories appearing everywhere of these people being executed on the street instantaneously. Why is the world not crying out in unison against this horrific, barbaric terror?

Why would they say that? They released a press release, the Taliban. A spokesperson, put out a press release this morning, I heard it myself in my own ears in the language of Pashto. Saying to all the pastors out there, ‘We know who you are. We know where you are. We’re coming for you.’ They put that out this morning. Telling pastors, they are coming for them. But who cares? We want to appease Islam. We want to be nice to Muslims, so we don’t provoke them. So they don’t come for us.

Barry Nussbaum: So, I understand your analysis regarding the very passionate jihadis that happen to be sitting in the seats of our sacred United States Congress. But the rest of the world is following the same program. God forbid, we say anything for humanity that might be interpreted as against Islam.

Aynaz ‘Anni’ Cyrus: Yeah, pretty much. We have been doing it, Barry. It’s coming up the 20th anniversary of September 11th. Look how normalized this jihad movement has become. The majority of people look the other way because they don’t want to be Islamophobic.

Barry Nussbaum: Well, you just took my next question out of my mouth. The world seems to be lining up to recognize this new terroristic regime in Kabul, which is, I think, called the Islamic Emirate of Afghanistan. Are they literally endorsing the mass murder and terror of this regime? And if so, why?

Aynaz ‘Anni’ Cyrus: Of course, they are. And I’ll tell you why. For the same reason, they all sent congratulations to Ebrahim Raisi, the new President of the Islamic Republic of Iran. There is just one difference between Ebrahim Raisi and the Taliban.

The difference is the Taliban runs at you a screaming Allah and right there he beheads you. Raisi does it behind closed doors without screaming. That’s the only difference because they’re Sunni versus Shia. They endorsed and legitimized Ebrahim Raisi in Iran. Now they’re doing it to the Taliban. The reason is, again, the unholy alliance.

Barry Nussbaum: I’ve got to tell you this is a truly sad day in American history. This may turn out to be as horrible as the Iran nuclear deal that Obama put together. It’s his protege, Joe Biden, who is implementing it. It should come as no surprise. For me, knowing what you’ve been through in Iran, my heart goes out to you. It must just break your heart to see what’s happening to the Afghan people.

Aynaz ‘Anni’ Cyrus: I do appreciate that. And yes, I’ll be honest with you, I am on the edge of reality versus PTSD dealing with it. But here’s where we can be more afraid. Barry. This isn’t just going to affect Afghan girls. This isn’t going to just affect the Iranian people. This is going to affect Israel and America. Not long from today, they will come for us.

Barry Nussbaum: Well, God willing, it doesn’t happen. But it may be a topic for our next show. Anni, tell people how they can find out more about what you’re doing.

Aynaz ‘Anni’ Cyrus: Sure, I am regularly on American Truth Project, so check out AmericanTruthProject.org. If you want to get more of me and are not tired of it, go to LiveUpToFreedom.com.

Barry Nussbaum: Very well said. Thanks for coming on today. For those of you that didn’t get my little nudge at the beginning, please subscribe. Take out your cell phone, text the word TRUTH and send it to the number 88202. We’ll sign you up. You’ll get more Barry, Anni, and everybody else at ATP. For ATP Report, I’m Barry Nussbaum. Thanks for coming with us today. 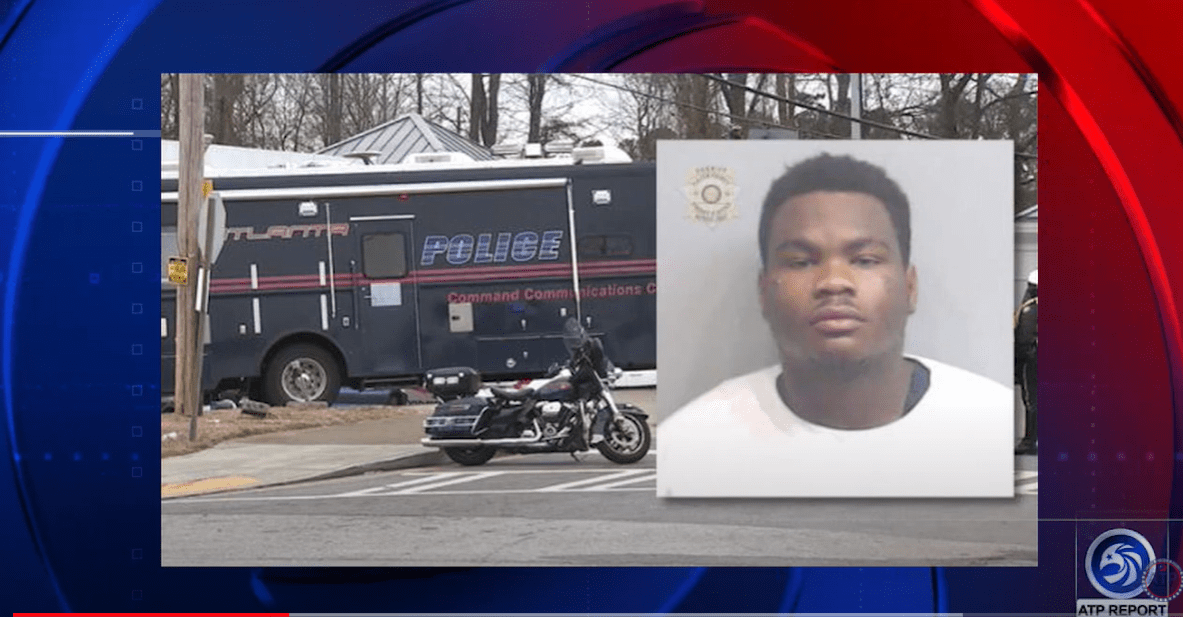 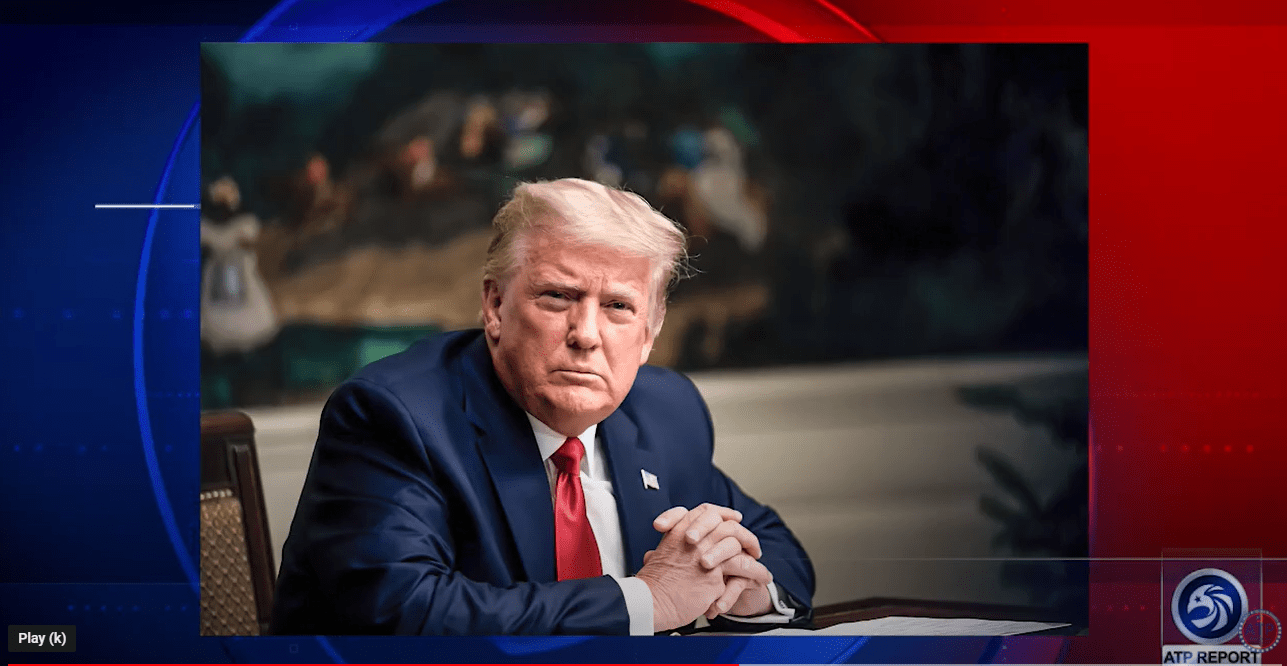