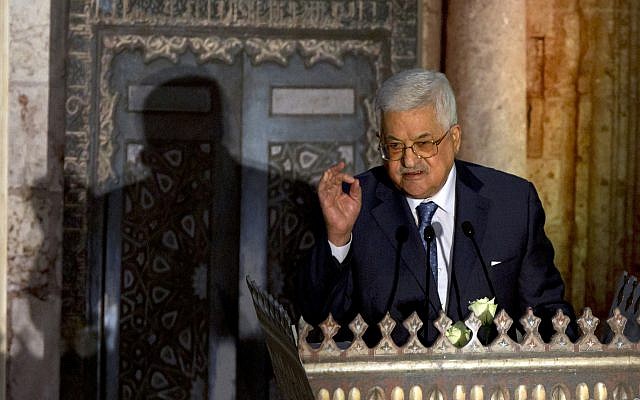 A man serving the 13th year of his four year term, that represents less than half of his people and has no standing army, is threatening regional war if Donald Trump doesn’t reverse his recognition of Jerusalem as Israel’s capital. This comes just days after he stated Israel had no connection to Jews and that the PLO would be pulling out of the Oslo Accords, the agreement which got them removed from the US State Dept list of terror groups. Sounds like the old chicken is coming home to roost.

Read Full Article at The Times of Israel: https://www.timesofisrael.com/abbas-jerusalem-is-the-gate-of-peace-and-war-trump-must-choose/

Tags:
Previous Article
CLASSIFIED: Number Of Palestinian Refugees 99% Lower Than UNRWA Claims
Next Article
Why Arabs and Muslims Will Not Accept Israel as the Jewish State