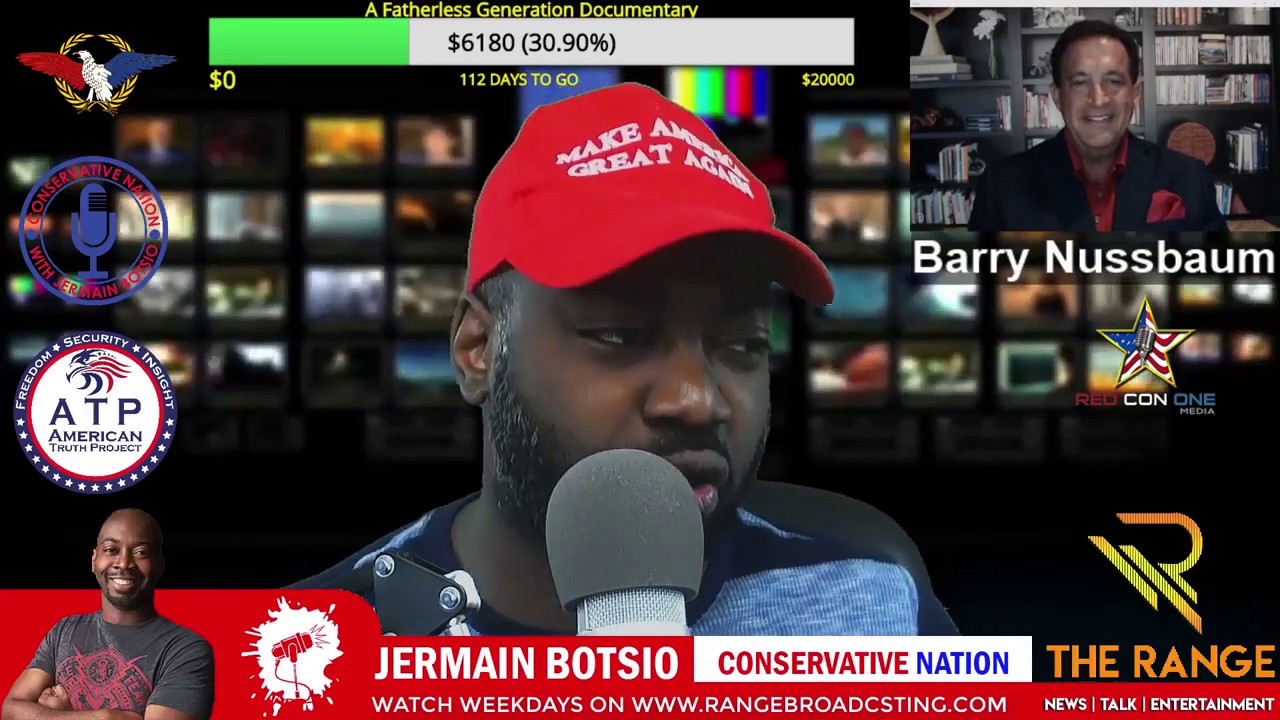 Jermain: This is a Daily Caller article ladies and gentlemen and it says that President Donald Trump has freed up $8 billion from various government agencies to build the wall, according to Fox News’ Brian Kilmeade.

Trump announced earlier on Thursday that he plans on signing a bipartisan congressional bill that provides limited border wall funding and declaring a national emergency at the southern border.

Now before I go on with this Barry, I want to ask you a question: People are all up in arms just like “Oh my goodness gracious the border wall, I can’t believe he went and called a national emergency. No other president has done this, this is an extreme disgrace”.

Barry, is this the only time that a president has called for a national emergency?

Barry: Not only is the answer no, but it is also ‘NO’ in 50-foot letters Jermain.

Your viewers are going to be shocked by what I’m going to tell them now, the President of United States, whether Democrat or Republican since the 1970s has had very broad powers to declare national emergencies and to fund unilaterally from the executive branch; Projects that the president declares as emergencies.

When I tell you how many have happened since 1976, I think, when the law started people will flip out, it is over 50 and get this, there’s 33 still in effect today!

Thirty-three national emergencies and I’ll bet you not one of your viewers can name 2 of them, 3 of them or 4 of them! Over 50 have been declared by Republicans and Democrats. Always done without any fanfare, never any news, never any reporting.

Get this Jermain, never ever a challenge.

The constitutionality of declaring a national emergency is in concrete and if this gets challenged in court which, Trump predicts it will. I’m sure it’ll start at the very liberal ninth circuit out in San Francisco, eventually, it will get to the Supreme Court and eventually it will get approved because the President has the power.

He got 1.1 million or something like that sorry, 1.3 billion out of the funding bill which is in a one-seventh of what the wall will cost. They’ll spend that well.

It’s going through the courts and, by the time they get to the courts, he will go get the rest of the money.

Jermain: What’s her name? Nancy go-to-hell Pelosi. She stepped up and said that no other president has done this. This is what she said. Imagine what a Democratic president can do, OK?

Do we believe that guns are a National Emergency? A Democratic president may call that type of emergency if they get in power. What do you say about that? Is that a threat or is that a challenge?

Barry:  Well absolutely it is, and I’ve got my 3 responses:

Number one: Nancy Pelosi has got to read the constitution. There is a protective right within the constitution called the ‘Second Amendment’; the right to keep and bear arms. You pass a law (even if it’s a national emergency by executive action) and it’ll get blocked by every court in the country. Constitutionally, she’s wrong!

Number two: At various times in the past, every Democratic leader and I mean every single one has been in support of border security, Jermain. The only reason why they’re going psycho now is that it’s Donald Trump that’s proposing it.

Why do you do that? The standard answer is because I want to keep bad people from coming in. Why wouldn’t you want to lock the door to your country in the same way? You have to ring the doorbell ask for permission to come in. You let them in ‘if and when’ they meet the requirements. Like your parents Jermain, like my parents. They came in and rang the bell and said, “Hey I’d like to come in. What do I have to do to stay here?”

The United States has some pretty normal requirements; if you meet those you get to stay.

The idea that we don’t want border security is insanity! There are now several candidates running for president that said, if elected, not only will they not build any border security, Jermain. They will tear down the fencing that is there and eliminate the border. Effectively they will be merging the United States with Mexico, Central America and South America.

That’s their platform! There is a very simple reason why they want it. Because illegal aliens, (people who have entered the country illegally, they are felons). They will register to vote as Democrats and, by in large, the Democratic registration numbers will skyrocket go to the moon.

Then it becomes an impossible task to elect anybody who’s not from that particular party.

If you happen to be running on a pro-constitution, pro-conservative, pro-Republican, belief agenda you’ll never get elected because another 4-5 million people pouring into the country over the next couple of years will tilt the balance permanently.

That’s why they want it. All this noise about the wall being racist, it’s being anti-people of color, it is anti-American, it’s anti-whatever. They say this is something that the Nazis would have done.

On previous shows, you and I discussed how many countries around the world have better border security than the United States. It’s almost every single country in the world and they’ve got borders systems; my goodness in some cases with 2 and 3 fences with a ditch in between and razor wire on top. You name it!

There is not even a line in the sand, Jermain.

So you can run through a 1000 people in San Diego, I used to live there. Before they built the fence 25 to 30 years ago. At night you can see it. People port across by the thousands every single night; By the thousands. On the American side, there be 3 or 4 of the green Border Patrol jeeps and I said to myself, ‘My goodness. These guys are so overwhelmed’. I can’t even imagine what a horrible job they have. They catch one out of ten people and the other nine are running like crazy.

There are signs on the freeway or least there used to be signs at San Ysidro (which is the busiest border crossing in the world) at San Diego border crossing. The signs show a father running pulling a mother pulling a child and these signs are along the 5 freeway. The signs mean drivers need to watch out for people running across the border.

It’s that bad they warn you on the freeways.

So look, anyone that’s against it, as far as I’m concerned is breaking their oath to protect the United States. I would advise them to open their doors at night and put a big sign “Illegals Welcome Here.”

They’re not willing to do that. Then don’t carry out the same belief system forced upon the rest of us at the border.

Jermain: If they were just sensible Berry. All you got to do is step back take a look at this situation. You will say “You know what? We got to put up a wall. We have to.” Do you know?

Barry: Before we leave this subject, by the way, I used to love Nickelodeon when I was a kid. But I didn’t want those people running my government. Let me read a couple of the ‘National Emergencies that have been declared that you didn’t know about.

So, starting way back in 1979 when Jimmy Carter was President. Carter declared a National Emergency regarding the Iran Hostage Crisis.

Bill Clinton had a trainload of National Emergencies. The bombings in Jerusalem, an Iranian petroleum asset, Colombian Drug Lords, movement of vessels around Cuba, The Sunni’s Government transactions blocked.

Then George W Bush had them. regarding the western Balkans in Albania and Macedonia, he had some relating to 911, actually had a bunch. George Bush past one against Zimbabwe when Mugabe was president, there was 2 against Iraq, there was another one against Belarus.

How many of your viewers even know where that country?

OK, then you’ve got Myanmar, (these are Donald Trump’s emergencies). Here’s one: Russian interference in our elections. Here’s one about the foreign policy of countries that try and undermine our democracy specifically Nicaragua.

The only one they know about, the only one I knew about it was still around was the one that got declared last week because it’s all over the news as if it’s something horrible that is never been done before is Burundi. Needing a national emergency declaration? That OK! And drug traffickers and human traffickers and terrorist crossing the border from Mexico? Is this somehow not a national emergency but Burundi is? That is literally what your people ought to be asking themselves; Why isn’t that reported in the news?

The Anti-Semitism Of Ilhan Omar Continues!