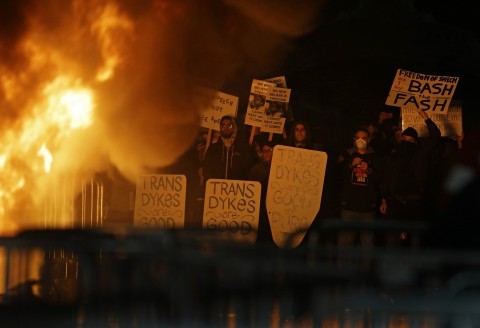 In a highly expected lawsuit, Young Americans for Freedom has sued the University of California at Berkeley after the University continued with its policy of selectively denying first amendment rights on the campus.
Young America’s Foundation, in coordination with the Berkeley College Republicans and BridgeCal, invited 12-time New York Times best seller, Ann Coulter, to speak to students at Berkeley on the topic of immigration. The lecture was planned for April 27, 2017, until the University abruptly cancelled it.
The University cites, as its reason for canceling the lecture, its “high-profile speakers” policy. In recent weeks, administrators have used this unwritten policy, which was apparently created in a series of secret meetings, to cancel events featuring two conservative speakers for YAF, Ms. Coulter and David Horowitz.  During the same time period, administrators permitted events featuring very high profile left leaning Vicente Fox Quesada (former President of Mexico) and Maria Echaveste  (former advisor and White House Deputy Chief of Staff to President Clinton) to proceed without interference.
Source: FrontPage Meg
Previous Article
Cher Is Worth $300 Million But Can’t Afford Asthma Medicine?
Next Article
The Truth Report:Why Hillary Is Not the 45th President