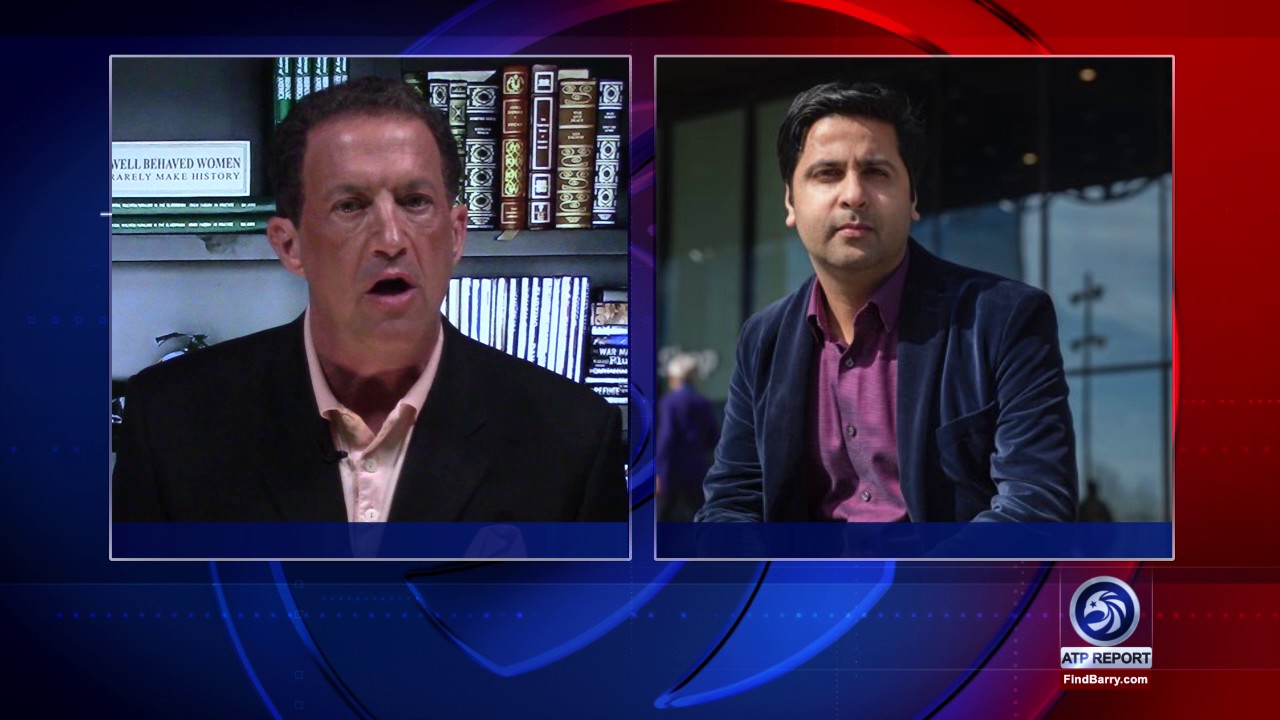 An ATP Report Production – On this episode Barry Nussbaum discusses the arrest of congresswoman Debbie Wassermann Shultz and her attempt to cover up the possible theft of national security secrets!

Deborah Wassermann Schultz is the Democratic Representative from Florida’s 23rd congressional district. You may remember her from the big controversy relating to her role as DNC chairwoman and the nationally publicized move to oust her right before the democratic convention began last summer.  Now she is involved in something much more serious believe it or not.  Today on The Truth Report, we will examine the truth behind the attempt to cover up possible breaches of national security, espionage and even congressional blackmail.

The story actually broke earlier this year but we had no idea how big it would become. Wasserman Schultz was recorded on video chastising the capital police for refusing to return electronic equipment seized from one of her staffers as part of a capital police criminal investigation.

Here is part of that weird speech.

You just heard Debby threaten the chief of the U.S. capitol police with “consequences” for holding equipment that she says belongs to her. The cops had equipment seized from her office in order to build a criminal case against a Pakistani staffer suspected of massive cybersecurity breaches involving funneling sensitive congressional data offsite. The Florida lawmaker used her position on the committee that sets the police force’s budget to press its chief to relinquish the piece of evidence in what could be considered using her authority to attempt to interfere with a criminal investigation.  The capitol police and outside agencies were pursuing Imran Awan, who has run technology for the Florida lawmaker since 2005 and was banned from the house network in February of this year on suspicion of data breaches and theft. That investigation has blown up significantly since the congresswoman tried to shut it down! But amazingly in spite of the investigation, and his being banned from the house IT network due to possible criminal behavior, Debbie didn’t fire Awan until a few days ago as he attempted to flee the country! Was Wassermann Schultz’s behavior in a public forum out of character for her? No! In fact, is it consistent with her previous stunts that got her forced out as DNC chair last year!

In 2016 leading up to the democrat convention, she didn’t hide her bias towards Hillary and away from Bernie. In spite of her nonpartisan stature as head of the party representing all democrats, she helped stack the deck to ensure that Hillary would win. She also used the DNC chair position to fund raise for herself and promote herself as a national leader instead of promoting the DNC. She was booed at early convention meetings until she finally got the message and quit, complaining the whole way out the door. Then Hillary gave her a job on her campaign. Hillary knows how to reward loyalty!

Imran and his Muslim brothers, Abid and Jamal, accessed unauthorized computers while acting as IT specialists. The three brothers were making $161,000, $165,000, and $160,000 and one of the brothers has a criminal background.  The FBI seized smashed hard drives belonging to Imran Awan… seems they follow the Hillary Clinton method of destroying evidence before the FBI shows up.

Imran Awan, who was trying to fly to Pakistan when the FBI nabbed him, was charged with defrauding the congressional federal credit union for lying on an application for a $165,000 loan. According to court documents, Awan and his wife lied about an Alexandria property being their primary residence, instead of a rental. They then wired the $165,000 to Pakistan.

Awan is a longtime capitol hill staffer who has worked as a shared employee for many different democratic members of congress since 2004. Most recently, he worked for Wassermann Schultz but was fired on Tuesday.

Awan’s legal troubles began in February after he, his wife, and several other relatives became the target of an investigation called an alleged procurement scam.” The group was reportedly busted for stealing equipment from 20 house members and accessing house IT systems without permission.

So, this team of IT specialists who had access to numerous congressional offices, had the passwords, had access to national security secrets, were also charged with bank fraud and were nabbed by the FBI at the airport as they were about to flee to Pakistan.

So, why is this story not headlines in all papers and news outlets?

Current congressional IT aids fear these suspects are blackmailing democratic members of congress with their own data which was accessed throughout their own offices, this theory is based on the democratic members’ inexplicable loyalty to the house IT staffers involved in the probe.

Despite the growing scandal, the establishment media has for months done its best to keep the public in the dark. That trend continued this week, even after reports broke on the existence of the FBI investigation, and even after Awan, a top democratic staffer, was arrested trying to flee the country to Pakistan.

Three of the five IT staffers worked at different times for reps. Gregory Meeks, and Yvette Clarke, and one also worked for rep. Hakeem Jeffries. Another was a staffer for rep. Joseph Crowley, the queens democratic party chairman.  It is not known if the investigation by the U.S. capitol police, involves the theft of classified information.

The IT ring includes three brothers, Imran, Jamal and Abid Awan, and Imran’s wife, Hina Alvi. The fifth, Rao Abbas, is unrelated to the family. All are from Virginia and worked in the four New York democrats’ offices in Washington, D.C.  By the way, not one of these congressmen is talking to the press and thus far are declining to comment on what secrets might have been accessed from their computers and possibly shared with foreign governments.

Stay in touch, we will be following up on this story!  You can write to me directly by sending me an email to: barry@3xu.0c4.myftpupload.com.  And go to our website where you can sign up to be on our mailing list so you never miss an important episode.

You can handle the truth, and we intend to bring it to you! I’m Barry Nussbaum.

Because You Asked: American Lack of Response to Islamic Terror at Home