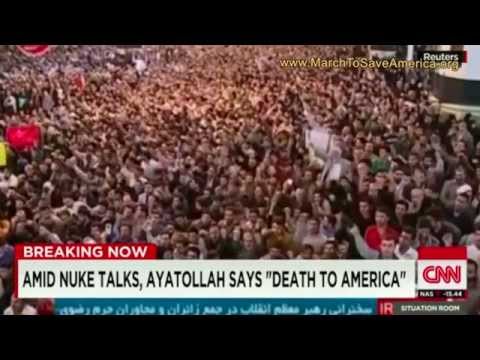 Iran is in pursuit of becoming a major nuclear power through the attainment of a vast military infrastructure complete with ballistic missiles and broad nuclear capability, including uranium, plutonium, hydrogen and Electromagnetic Pulse (EMP) capabilities, all in development. These nuclear weapon pursuits are designed to pose an existential threat to America, Iran’s neighbors and Israel.

Congress is about to approve a deal with Iran that consents to these belligerent military goals, with some delays specified. There are NO preconditions for Iran to get access to an immediate $150 billion. The deal relies on Iran’s voluntary adherence to a schedule of technical improvements to its nuclear weapon program. There is no historical precedent for their compliance. Nor, does the deal require “an anytime, anywhere” inspection. Rigorous verification of its adherence to the deal is virtually impossible.

Iran is the primary supporter and instigator of terrorism in the world. Its leadership promises to destroy America and Israel. Yet, buried in the deal is America’s obligation to protect Iran’s nuclear program from threats and sabotage.

The deal includes, practically speaking, the irreversible removal of sanctions. Easy circumvention of the deal’s restrictions can only lead to the war that Iran has promised. A majority of Americans (2/3 as of August 2015) has learned enough details to oppose it.

This opposition represents a broad cross section of the American public. Democrats, Republicans, Christians, Muslims and Jews, veterans, blue collar, professionals, defense and civil service workers, urban and rural, tea party members and liberals. While all these groups may differ on many issues, they are unified to Kill the Deal.

The only way to stop the deal, at this stage, is to put major pressure on Congress to reject it. While many organizations are working tirelessly through lobbying individual congressmen to stop the deal, we feel that the strongest statement America can make is to unite through a march on Washington: The March To Save America.

Once the deal is killed, the proper approach for forcing Iran to abandon its aggressive threats and actions can be pursued.
Barry Nussbaum, Committee Chairman, Co-Founder
The March To Save America