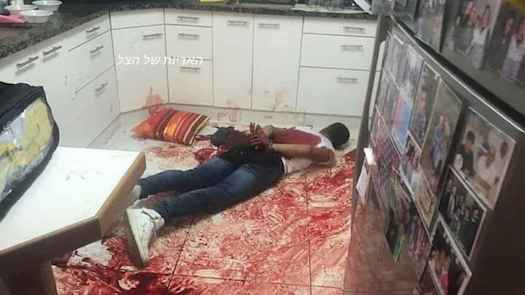 Omar al-Abed a 19-year-old broke into Solomon’s home as the family was about to sit down for a Sabbath dinner and to celebrate the birth of a grandson that same day. Wielding a knife, he proceeded to kill a grandfather, his daughter and his son, and to seriously wound the grandmother. The massacre ended only after a neighbor, who belongs to an elite IDF unit and was home on leave, heard cries for help from the house and shot the terrorist. Al-Abed was eventually handcuffed and taken to a hospital for treatment of his wounds.

And the response to this horrible massacre? You won’t believe it!

Abed’s mother announced “Praise Allah. I am proud of my son. May Allah be pleased with him.”

The terrorist’s mother was joined in her celebration by Palestinians dancing in the street in Gaza. Hamas leader and the boss of Gaza, Ismail Haniyeh reportedly phoned Omar al-Abed’s father to congratulate him for what his son had done to bring “pride to the nation.”

Previous Article
Mexican Illegal Deported 7 Times…Comes Back Again and Kills Father of Three
Next Article
Kill a Jew in Israel…Make a Good Living…Kill Three and Get Rich!