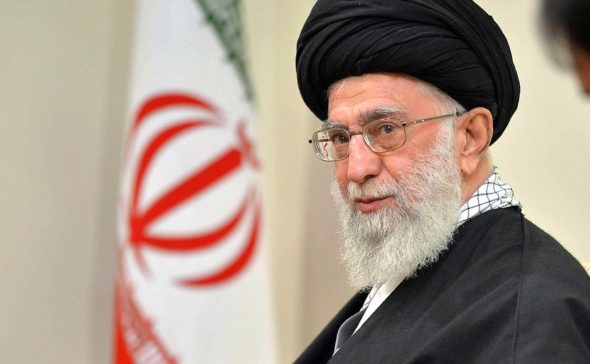 The Iranian regime has been escalating its aggression all year, with attacks against oil tankers near the Strait of Hormuz, outright seizure of commercial ships and crews, drone attacks against Saudi oil infrastructure by terror proxies in Iraq and Yemen, and now, a direct attack from Iranian territory by both drones and cruise missiles against Saudi Arabia. The 14 September 2019 attack on two of Saudi Arabia’s largest oil processing facilities (the Abqaiq and Khurais plants) reportedly took out nearly half of the Kingdom’s daily oil output, resulting in a 5% cut to overall world production.

This is an act of war, direct, unequivocal, and with no room for plausible deniability. It must be met with an equally direct, prompt, kinetic response. It is up to the Saudi government, of course, to issue a statement that fixes responsibility for the attack firmly with the Tehran regime and to verify exactly where the attack originated. U.S. and Saudi officials are in direct consultations over the course to take in response to the Iranian attack.

And this time, it seems that the attacks were not launched by Qods Force-commanded Hashd-e Shaabi Shi’ite terror militias in Iraq, either. Following an earlier denial that Iraqi territory was used to launch the strikes by Iraqi Prime Minister Adel Abdul Mahdi, Secretary Pompeo confirmed by phone to him that the U.S. does not suspect these attacks originated from Iraq.

The following day, 15 September, President Trump Tweeted his confidence about the “culprit” for the attack and declared the U.S. “locked and loaded depending on verification.”

It is clear that the Trump administration is placing the blame for the attacks against Saudi Arabia firmly on the Iranian regime, wherever they may have been launched from. Tensions, already high in the region, are now spiking along with gasoline prices. On 15 September, President Trump authorized release of oil from the U.S. Strategic Reserve if necessary to maintain a steady supply on world markets. The official response from the administration thus far has been measured, in part to allow Riyadh to take the lead in deciding on appropriate course of action but assuring the Saudi Kingdom that the U.S. stands ready to support it, following urgent talks over the weekend.

Tehran will not stop its aggressive behavior because of sanctions alone, although that ratcheting financial pressure is certainly causing severe hardship for the Islamic Republic. Over a year ago, in July 2018, Iranian Supreme Leader Ali Khamenei declared that “If Iran’s oil export is blocked, no other country in the region will export oil either.” These most recent attacks against Saudi Arabia’s oil infrastructure make clear that he meant what he said. There will have to be a firm response this time, preferably by a joint effort that includes at a minimum the U.S. and Kingdom of Saudi Arabia.

Clare M. Lopez is Vice President for Research & Analysis at the Center for Security Policy.  She previously was a Senior Fellow with the Center as well as with the London Center for Policy Research, member of Sen. Ted Cruz’ 2016 presidential campaign national security advisory team, Executive Director of the Iran Policy Committee, and a career operations officer with the CIA. Follow Lopez on Twitter @ClareMLopez

The Iran Plan That Will Work for President Trump
ATP October 1, 2019

The Iran Plan That Will Work for President Trump