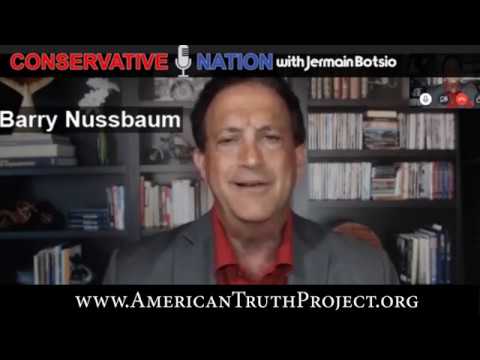 [vc_row][vc_column][vc_column_text]Jermaine: Barry what do you think about that? $18 Million versus $158,000, would you believe that the majority of the American public would want a wall?

Barry: not only most Americans want it but I think we should comment and I don’t know to the extent that this is true but The various GoFundMe programs to raise money for the federal government to build a wall have had problems with the host agencies on the web as those agencies don’t consider it to be appropriate for the sites to stay up and I understand the sites of gone down if their pro wall and if they are Anti-wall raising money for ladders and escalators and crap like that will that is socially conscious. I don’t understand that it doesn’t make sense to me.

I would also point out that the majority of the tax that come from the social progressive movement, the so-called social justice Warriors are saying that walls are immoral, meaning they are outside of the moral climate. That we should not have a border that’s close that we should take everybody in but why is it Jermaine and I talked about this on the air all the time, we have homeless in this country who everyday don’t have enough food, don’t have Medicine, don’t have healthcare, don’t have mental health care and don’t have a place to sleep.

A lot of them are veterans who have come back from wars that we’ve sent them and underpaid them to go to Afghanistan, Iraq and elsewhere and they live on the street Jermaine. Where is the outcry to take care of Americans first? why is it that we have homeless and nobody seems to care? We have people living on the street and no one to feed them and yet weird shadowy organizations organized encourage pay for people to come up from central and South America, pay them to come to the border, pay them every day, feed them every day, clothes every day, provide medicine every day to breakdown the border of the United States to create social unrest both at the border and internally when they come across but nobody wants to step up and take care of Americans.

For the life of me I’ve never heard an explanation that makes any sense and if these great social justice Warriors, these progress they care about the people of the world that don’t seem to be able to rally get into the United States without breaking the laws and those laws are horrible and racist and immoral and you know the story if those people stepped up and said you know what right after there’s no more homeless there’s no more mentally ill that are getting healthcare there’s no more children that go to bed hungry there’s no more veterans that don’t have health care when all those problems are solved then I’d like to deal with the people at the border you know what I might listen.

Jermaine: I might listen to Barry! One thing I know, and you pointed it this out here about these liberals is that when it comes to this type of topic, they always have an emotional argument with it. It is never rooted in logic or anything to do with honesty and that is something that you know is very troubling to me that people cannot see that.

It seems as if every liberalism in a sense Barry and you can correct me if I’m wrong, I believe that it’s a basically a control mechanism to control people. I mean just a very simple fact of how they put you in certain what we call think groups where you are supposed to think in a certain way based upon “your skin color” or where you come from or you know whatever ethnicity you have.

I mean to me all this is, is a control mechanism to keep people boxed in so that you know how to control the masses. I mean am I wrong with this Barry?

Barry: I’m always hesitant to say Jermaine, it’s a Republican issue or is a Democrat issue or it’s a liberal issue or conservative issue. in the case of what we are talking about which is safety at the borders and protecting American citizens from people that don’t belong here it shouldn’t get in. I think it’s an American issue.

It’s really hard for me to understand how anyone with a straight face can say I’m not concerned about who comes into the country, I think we should let everybody in. That person is an idiot. I don’t think it’s a political thing as much as a stupid thing. I mean come on how many people have to get killed by horrible gang member murderers’ violent criminals have been deported half a dozen times and come back and stab and raped and mutilated and killed on the streets.

Especially in the beautiful sanctuary state of California and what’s really pathetic is the administration in Sacramento is an example which is all Democrat watch the borders open in San Diego but doesn’t condemn like this police officer who was just horribly killed by an illegal immigrant criminal again but just another case like all the other ones. I have such a problem with saying that all Democrats believe that way because you can’t say everybody is just that stupid.

Unfortunately, and I really mean this it’s become an agenda item for the Democrats in Washington. literally Nancy Pelosi said we will never give the president a penny for any border protection that has to do with a permanent structure. now do you argue that Jermaine how do you say it doesn’t make any sense financially when they throw $50 Billion of farmers not to grow soybeans or $10 Billion last week to Central America for just general stuff. $5 Billion, which is what the president asking for is a rounding error in a weekend on the budget In Washington literally, but they’re making the argument that they will never given anything and I think at least I hope that the poles are correct that the majority of Americans believe we ought to protect our borders and then immigrants ought to come to this country legally, like my parents did, like your parents did and that get you the good people to come and they have to take tests and they have to be with the background that’s verifiable and they have to want assimilate and become Americans and learn our glorious history, some of it is bad but the majority of its good and if it wasn’t the majority of it good there would be so many people knocking on the door trying to get in they be going somewhere else but guess what they’re coming here. Why? best country in the history of the world Jermaine but we can’t let everybody.[/vc_column_text][/vc_column][/vc_row]