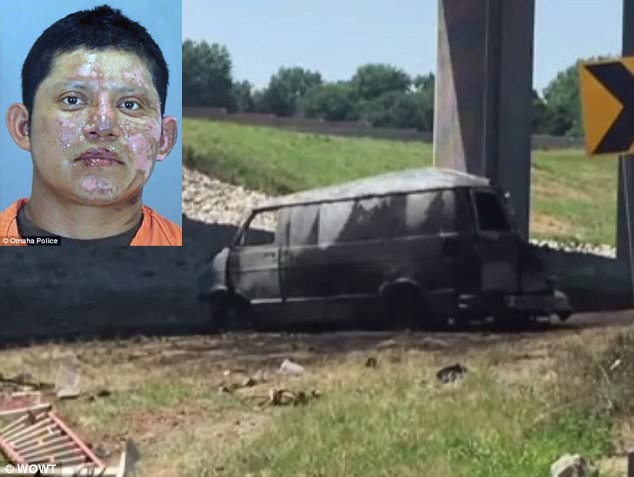 A Mexican illegal immigrant who has been removed from the U.S. SEVEN times had ‘drunk 12 beers and was driving at 100mph’ when he crashed his van and killed a father-of-three: