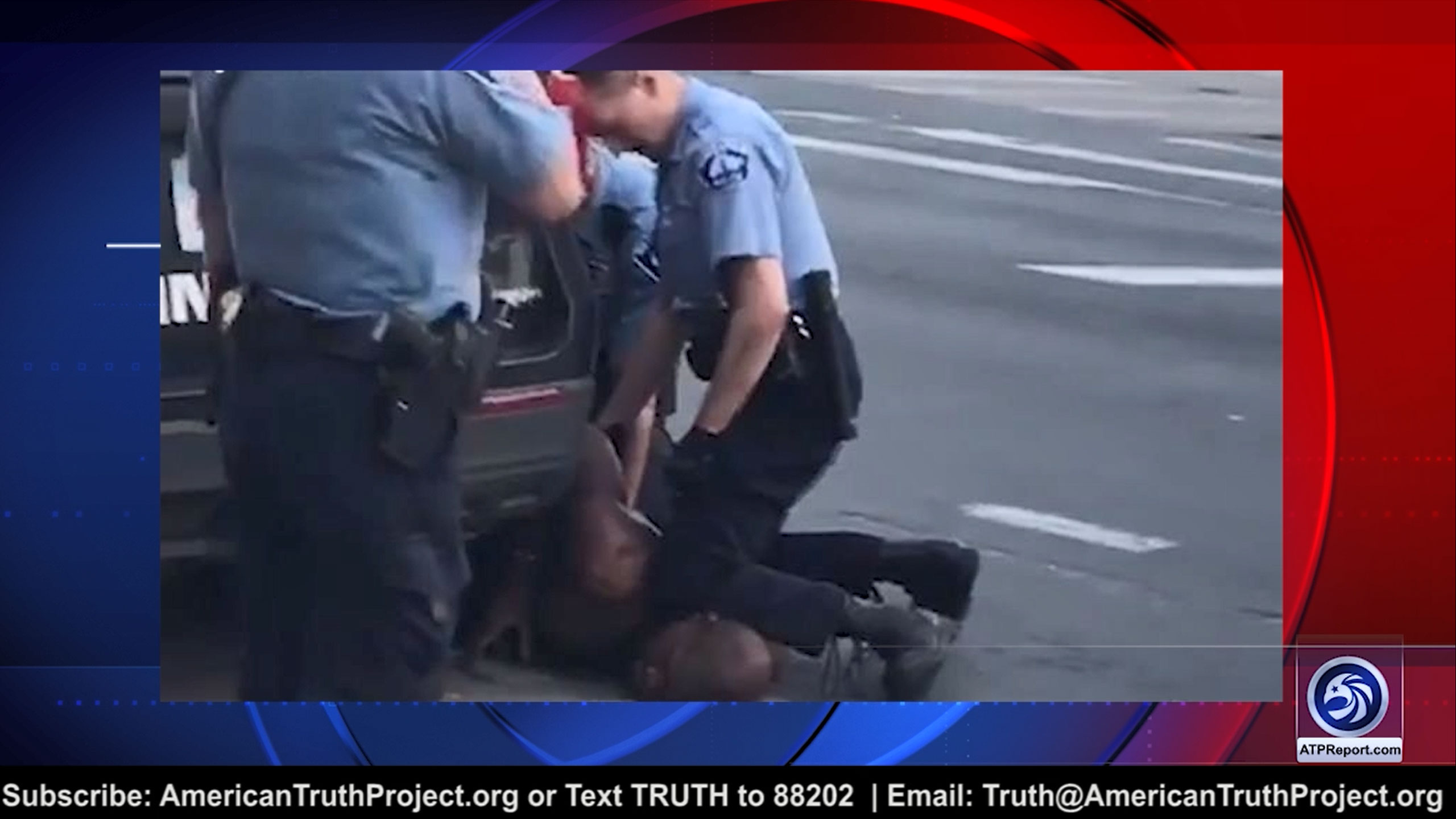 Barry Nussbaum: Welcome to ATP Report. I’m Barry Nussbaum. We have a very special guest today. Will Johnson is joining us. Will, as you may know, is the founder of UniteAmericaFirst.com. Please check him out and Will, thanks for joining us today.

Will Johnson: Hey, thanks for having me, sir.

Barry Nussbaum: Absolutely. We’ve got a ton to cover, so let’s jump right in. There’s so much going on. So tell me something about this word privilege. Everybody’s talking about it and just for the record, although it doesn’t have to be said, what happened in Minneapolis was a murder. Nobody in their right mind can defend what happened to that fellow that was killed by the cop. But having said that, I can assume that you don’t have white privilege. Let’s start with that because you’re not white, but in spite of you not having white privilege, do these protests that have turned into riots and fires and shootings makes sense to you as someone who doesn’t come from privilege?

Will Johnson: No. But, you know, I have to kind of correct you on something. I think we all have privilege. If we’re living in America, the greatest country in the world, as an American citizen, we have the greatest privilege ever given to us on this planet. To live in the United States of America and you have the left-right now trying to tear that down, and they’re pointing fingers at white people, trying to say white people have the privilege. But yet the same people that are pointing the fingers they have the same privilege as the rest of us. I mean, seriously, it’s crazy and the rioting, the looting, the violence has nothing to do with George Floyd. I think everyone is in agreement except for a very small amount that those four police officers, they were in the wrong for what happened to George Floyd. And I can completely understand how people get upset, because when I watched that video two minutes into that video, and I’m not a violent person at all, but I kept thinking in my mind that I want to jump through the screen and put my knee into the face of that police officer and many people saw it. And the problem that we have right now with all the rioting and looting and how they’re promoting it like this is something that you have to do because you can’t do anything else because white people have privileges. This is something that they had in the making. In my opinion, this is something in the plan because the whole plandemic with the COVID-19 wasn’t panning out. So they bring in the next thing. Always racially related issues, and it seems to work every single time.

Barry Nussbaum: Well, let’s go with that for a minute. By the way, thank you for your comment. I think we’re all very, very blessed to live in the greatest country in the world.

Barry Nussbaum: And I really mean it. So this George Floyd guy who was murdered by a cop had a really long criminal history. I mean, in and out of prison. His longest stint was for breaking into a house and sticking a gun on the belly of a pregnant woman to rob her. He’s now a hero and yet, and yet dozens and dozens and dozens of people have been shot, and I’m starting with police officers. Many African-Americans have been killed coast to coast, including retired police officers, shop owners, people desperately trying to protect their businesses. Why is that not horrible?

Will Johnson: You know, let me just hit it straight on, and we’re talking about mainly the black community here from my point of view. The black community they have made heroes out of people that they deem victims because the black community has this thing that every black person is a victim. No matter what the circumstances, you are the victim, and you cannot pull yourself up. You have to lean on the government or a liberal person to help you out. You have liberals coming out saying that you can’t do for yourself as a black person. So let me help you out. Let me be the force for you, because you as a black person, you’re a victim. They have instilled that into so many black people in this country, and black people seem to believe it, and they run with that, and they don’t want to look at anything else. And you know what happened to George Floyd was bad, but it seems like they always find the black person that has a criminal record that has been violent in the past, but because a white cop took his life all of a sudden, he became a hero. Now, let’s say George Floyd was a white male, and the cop was black. We wouldn’t even hear about it. We wouldn’t even be talking about it. We’d be talking about a completely different story. There’s double standards in this country and the left are constantly trying to say that police officers, specifically white police officers, are attacking black people, and that’s the reason why we have all the rioting today, which is totally false. But the liberal media has done very well at manipulating people’s minds to get people to believe that they are being attacked by white people.

Barry Nussbaum: Well, let me ask your question. You’ve sort of jumped off the subject, but I really want to follow up. This is a great point you made. There was a disease that was going to wipe out America two weeks ago, COVID-19. You can’t fly. You can’t go out in public. I can’t go to a church or synagogue. You can’t shop. You can’t work. You can’t travel. If you go out with two or three people, you’re going to get arrested. The following week there are tens of thousands of people in the street, Will arm in arm, breathing, coughing, and sneezing on each other, and all the lockdowns went away, and Mayor after Mayor said, you are still under a COVID lockdown but if you want to protest the death of George Floyd, that, by my infinite wisdom, is now deemed to be okay. Your thoughts?

Will Johnson: It’s completely insane. I actually, I went to Minneapolis, and I went to D.C., and I had actually been to California when the liberal tyrannical Governor there was telling people that they can’t be on a state taxpayer property and when I was in California, the police officers made us leave. They were saying because we were not practicing social distancing, and we were there trying to fight for businesses to open back up and for people to go back to work. But here in this case with George Floyd, the left has a movement because then they can say that President Trump is racist. They can say white people are racist. All roads lead back to Trump and, in this case, white people, because they want to demonize white people. And now, if you look at the liberal media, even on social media, none of them are talking about staying home. None of them are talking about social distancing, and to be honest with you, I think the left is so sinister, they’re looking forward to the next wave of coronavirus victims. They want more people to get sick because of those numbers that they kept looking for. They were not getting their quota. They weren’t getting the quota in a number of people getting sick from the COVID. So now that they have had all of these people come out, they are hoping that more people will get sick and then they can say, oh look, you need to get a vaccine. Oh look, President Trump was wrong. So they’re going to blame everything on Trump, and they said people who didn’t practice social distancing, but none of the media is telling people don’t go out and be violent and don’t go out and protest.

Barry Nussbaum: You got that right. Will, you’re a treasure. Thanks for joining me today. Tell people how they can find you. Would you please?

Barry Nussbaum: Great to have you, and for our ATP viewers, I want to remind you to please take out your cell phone and text the word TRUTH to 88202, and you’ll be subscribed to our text message service. You’ll get all of our shows and publications for free on your phone without ever doing anything, and we never charge. For ATP Report, I’m Barry Nussbaum.

Anne Marie Waters: Neo-Nazism and Anti-Semitism is on the Rise in U.K.