BARRY’S TAKE: Speaking at a joint press conference with Prime Minister Benjamin Netanyahu, Avigdor Lieberman said he supports a two-state solution to the conflict with the Palestinians after he was sworn in as defense minister on Monday.

Instead of staying out of internal Israeli politics as would be appropriate, State Department spokesman Mark Toner expressed concerns with Israel’s supposed right-wing tilt.

“This raises legitimate questions about the direction it may be heading in and what kind of policies it may adopt,” Toner told reporters on Wednesday.

The State Department did not express the same level of concern when Iran’s Assembly of Experts chose hard-liner Ayatollah Ahmad Jannati as its new chairman. Jannati is known for his anti-Israel and anti-US stance and his position makes him one of the most powerful figures in Iran. 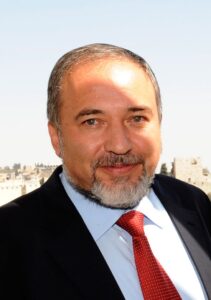 As Avigdor Liberman, Israel’s new defense minister, was appointed and sworn in, the US State Department decided to intervene in internal Israeli politics and use the moment to attack Israel and the Israeli government.

Israel’s new Defense Minister, Member of Knesset (MK) Avigdor Liberman, officially assumed his responsibilities and began to oversee military policy and handle delicate security matters with international allies after Tuesday’s ceremony at the ministry, the Kirya in Tel Aviv, following approval of his appointment by the government on Sunday.

Speaking at a joint press conference with Prime Minister Benjamin Netanyahu, Liberman said he supports a two-state solution to the conflict with the Palestinians after he was sworn in as defense minister on Monday.